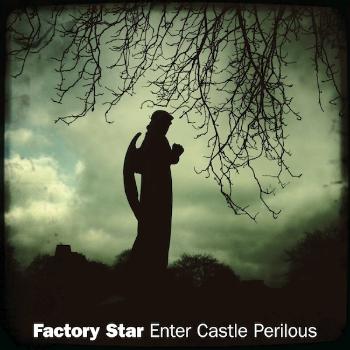 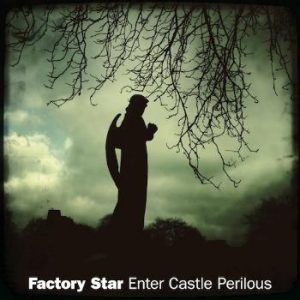 Another release that sneaked out under the LTW radar in 2011.

Martin Bramah has a helluva history. He swapped places, singer to guitarist in the Fall when Mark E failed to master rudimentary chords. He played on their debut album, the never bettered ‘Live At The Witch Trials’ helping to define their sound. He formed “the cult bands cult band”Â, Blue Orchids with Una Baines. They backed Nico on a couple of tours in the 80’s and sporadically released low-key masterpieces throughout the decades. He even rejoined the Fall and played on Extricate. And now he’s formed a new band and chosen to start afresh as Factory Star. The name is perfect ”â€œ its Manchester, its Warhol, it’s the contrast, the options; working in a factory or become ”Ëœa Star’”Â¦ or both. Factory Star sound pretty much the same as Blue Orchids to be frank, but they seem to have more of a loose, who-gives-a-fuck attitude and approach. It’s a scrappy, tuneful, wayward post-punk sound yet indebted to the Velvets, the Doors, Seeds and so on; as backward-looking as it is forward-thinking. Lyrically though Bramah is at some kind of precarious peak; baring his soul, telling tales, creating mini-portraits in song of life in Manchester. He moved away and came back it seems.

Released on the Occultation label, recorded studio-live and mixed over three days with very few overdubs it is gloriously old-fashioned yet not dated-sounding. Maybe its just beautiful to the ears of ageing post-punks who remember when every other record Peelie played sounded a bit like this? It does sound like a variation on the early Fall sound but also a bit like an off-cut of Inspiral Carpet. Bramahs intonation also has a touch of the Shaun Ryders -or vice versa!

A song I was reminded of listening to Enter Castle Perilous was Jonathan Richmans Fender Stratocaster because it describes the guitar sound perfectly. I had to zoom in on a photo of Factory Star playing live just to make sure what guitar Bramah had”Â¦.

Well the sound is thin and the sound is cheap / Like a tin can falling on a dead end street / Fender Stratocaster, well there’s something about that sound.

It’s the songs that make the album; full of character and grisly characters -Angel Steps is the story of a working girl, Miss-Adventurer who is a ”Ëœdevaster’, and the tale of inebriate Cheetham Bill are scratchy, shambling kitchen-sink dramas. Black Comic Book and New Chemical Light are lethargically psychedelic. The vocabulary Bramah uses is as archaic as the music ”â€œ Smitten, Invoked, whence came, I spy, defile ”Â¦and so on. The lyrics are poetic and full of dark-humour and romance.

“It was gonna be you and me, baby, sittin’ in a tree
Two bugs in a rug all sweet and cosy
Now I’m deathly ill and it won’t go away
But I’d do it all again to be with you another day Cheetham Bill

A great album for people of a certain age or people interested in Mancunian cult-heroism.