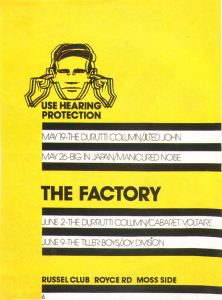 Last year in Manchester Collin Gibbons put on the finest and most detailed Factory Records collection ever seen;

The sight of all those Factory releases in one room was truly amazing from the more well known pieces like Central Stations Happy Monday/Northside album art work covers to Factory’s lesser known groups like Crispy Ambulance and other more obscure releases – it gained support from right across the city whether it was old Factory band members to people that had travelled to see the one off event.

The collection not only shows the story of Factory Records through its releases but Colin’s own story as well and the mission he’s been on nearly all his life putting it together, finding pieces that he thought impossible to ever get his hands on and the efforts he’s gone to build this remarkable collection; as well as donating his profits to charity its through people like Colin that Factory will always live on.

Due to the exhibitions success Colin is now looking again to host another show as well as get the full collection down in print for a book – but its the power of the public that makes these things happen and so here Colin tells of his current project and why he needs the people, Factory fans and general music lovers, to get involved…

Colin “Early in 2011 I held an exhibition of my Factory Records music collection which raised Ã‚Â£1200 for Christie Cancer in connection with Tony Wilson’s cancer, after some great publicity from the BBC radio and TV we counted 1000 people through the doors and felt the exhibition was a complete success, I also got the support and blessing from Doreen and Carole Curtis and their cousins during the weekend of the exhibition which ran from 10 am until 4 pm on the Saturday and the Sunday so there was just 12 hrs of viewing time only.

After the exhibition I had a landslide of friends come to me through my Facebook page and all said the same thing “when’s it on again?”
So I began to put the word out around Manchester and contacted as many places as I knew to see if they would be interested in holding an exhibition for a week in Manchester city centre.

During this period and with my quest still on to find the official Factory discography in the music medium missing item which was the Piers Adams CD ”ËœHandel Recorder Sonatas’ (FACT 376) I was approached by a collective of fans who said they would love to see a book with all the Factory discography illustration in, and asked would I be interested in doing this, including adding my stories of going in the Hacienda in 1984 until its demise and buying the Factory discography since 1979 and going in the Dry Bar since its opening.
So we have now done this and I now have 1015 separate photographs of my collection which in some cases shows the vinyl, tape, CD and promos where applicable. 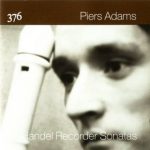 I managed to find the elusive Piers Adams CD in America in the October of 2011 and was unable to tell everyone I had now completed the collection because it was in transit to my address; but a strange piece of luck came my way on the 24th of November 2011, I came home from work that day early and on the mat was a package and I knew from my many years of collecting that it wasn’t a CD and definitely not a vinyl record, it was tape size so I opened the package to find the FACT376 cassette which I must add was not even on the charismatic Factory web site, with an accompanying note from Piers Adams himself replying to my appeal to him back in March of 2011 where I asked for a copy of his CD to finish my quest.

I now need some one to come forward to help me with an event location so I can hold another exhibition this year as it is the 20th anniversary of the label demise some finance will need to be provided for this to go ahead to help with display units to house the items as I have increased my collection since the exhibition in May.

As a true born and bread Mancunian and someone who has followed the Factory story all of his life, I feel I have accomplished what Tony Wilson, Alan Erasmus, Rob Gretton and Peter Saville set out to do which was to create a music label and genre which would open people’s minds to music in the Manchester area.”