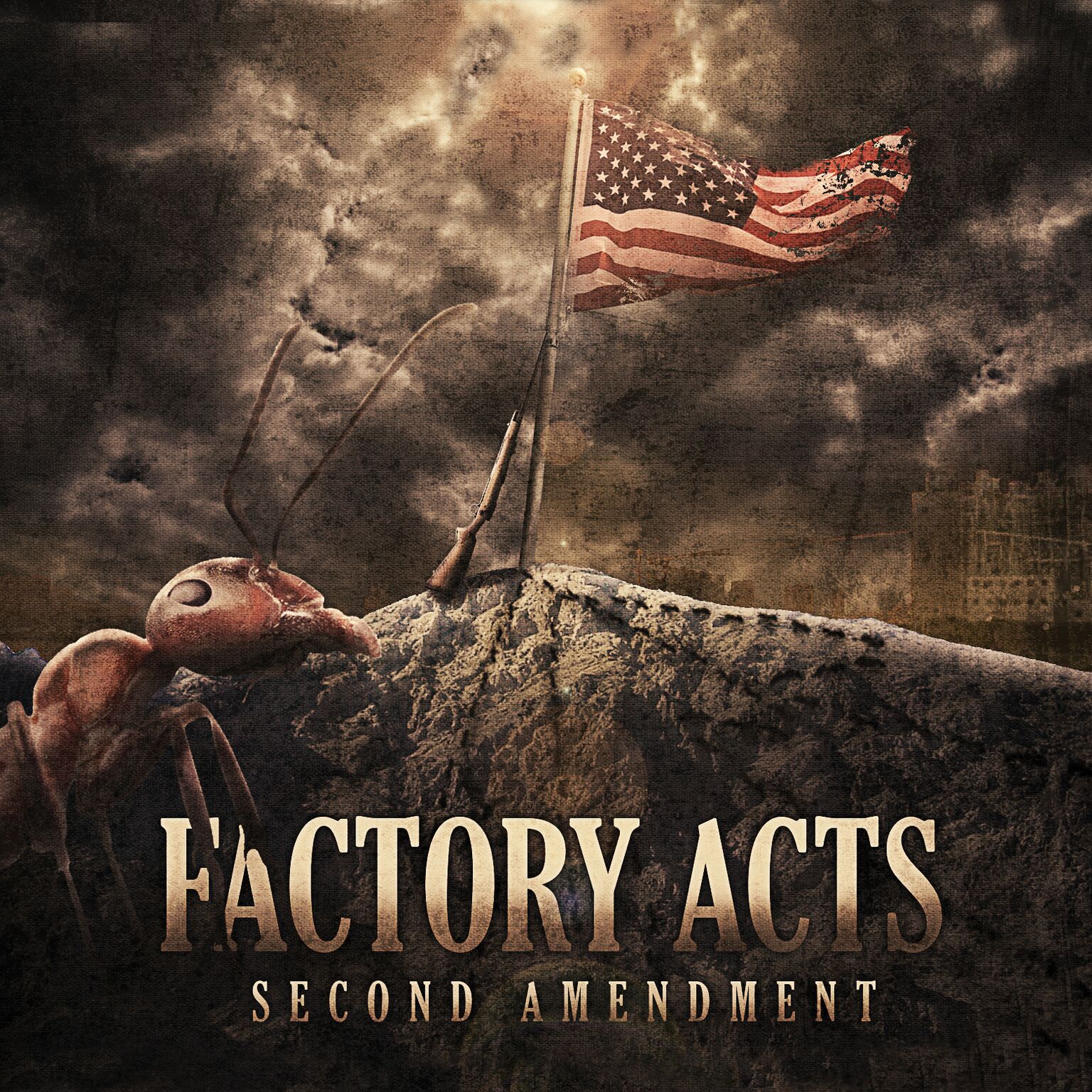 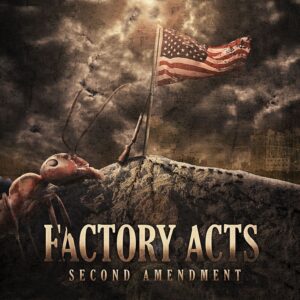 Factory Acts put real, meaningful force into music. This is sound which is not manufactured, but made, a blistering blend of dark-electro cut with strong, confident bass.

This duo from Salford say they ‘exist at the edge of the analogue-digital divide’ and their 2017 four track EP ‘Second Amendment’ not only explores musical division, but enters into an exploration of political split, particularly in the aftermath of the EU Referendum and subsequent fallout in US politics during the election of Donald Trump.

Their music moves not just to capture mood, but to create a space for contemplation regarding the angst and anger that emerged. Dark electro does deep things, shall we say.

Second Amendment opens with Leave The World To Us – a track starting on strong electronic pulses before a beautifully sliding bassline comes in from Matt Davies, followed by a drive of chords and synth. Vocals from SoS (aka Susan O’Shea) soar boldly into the mix, the opening lines ‘I remember the last time you came around here’, holding the last vowel sound with emotive gravity. Rhymed succinctly with ‘You had nothing to say/that I wanted to hear’, this track is a no-nonsense representation of the political emptiness and lack of accountability so many of us have been presented with over the last few years in particular.

The lyrics may seem simple, but they work well and avoid the rhetoric which holds political discourse down. This is music to be danced to, after all – it’s one of the grooviest, grittiest opening tracks I’ve heard on an EP for a good while. An intense listen.

Signal is next, and a real variation in sound, a simmering bassline and echoing vocals which invite the listener to ‘signal to me’. The effect of muffling adds intrigue before SoS’s vocals spiral into a yodel-like quality over the rhythm of the lyrics which fall a little like a chant. Topped with a relentless beat and a lo-fi, industrial intensity which accumulates, this is dystopic track which seems to speak of technological over-saturation and alienation in the modern age. Well-placed at the mid-point of the EP to allow for reflection.

Factory Acts was formed following a two track instrumental debut at Salford Lad’s Club back in 2012 and it indeed socially-aware, sound-blending electronica they have developed to deliver. The duo now combine haunting, resonant vocals with inventive layers of musical intensity, with the EP highlighting ongoing ability. 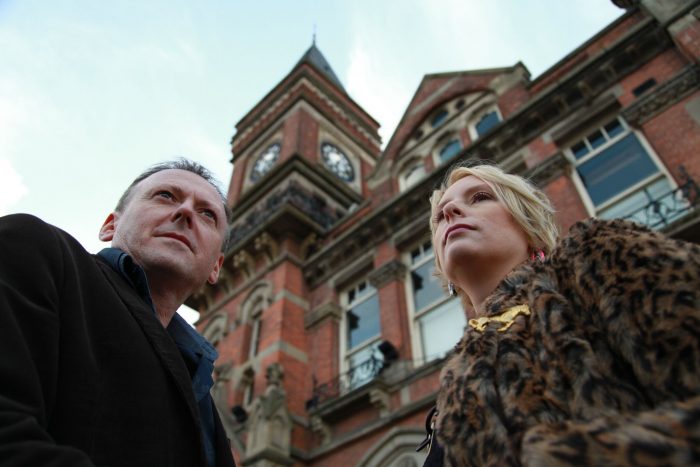 The third track brings a new element of speed, titled Ants it opens with lush layering in the drumbeat, fuzzing and almost knocking on the eardrums before an electro-drenched bassline guides us in to the resonant vocalization of ‘Rising up from the underground’. This is a notably faster-paced track compared to the rest of the EP, with a spacey-electro quality which conveys well a frantic mood one could readily associate with political confusion.

It manages to be well-paced despite the complexity, the lines ‘bringing together the lost and found’ a little symbolic of the sound of Factory Acts perhaps – pulling together a range of influences, frequencies and force for a unique listening experience. The catchy gravity of the bassline keeps consistent, a well-placed guiding force in this web of rhythms which goes onto the contemplation of a ‘colony of ants’.

The final track however, is the most stunningly blunt in its portrayal of the present situation. AWG opens with a chilling opening of Charlton Heston’s voice (the phrase ‘From my cold dead hands’ often used by pro-gun lobbies), severe synths and sirens before a striking drumbeat and rasping bass blister in. SoS’s vocals are soaring again, seizing the power to shock as she cries ‘We’re Americans with guns’. A repeated lyric throughout behind the symbolism of AWG and an example of track turning to satire but without the flightiness of irony.

This is sound which is deep, driving, even disturbing – in the best possible way. In particular the line ‘teaching our children how to fight’ and the intensity of ‘if you don’t agree/we might shoot you’ are chilling. And, above all, it is an honest examination of a terrifying issue, rather than emptily-dramatic. The rousing rhythm from Davies and web of spiralling synths keep the listener hooked, held and contemplative throughout.

This is music which expresses the intensity of our times, and makes not only the body move, but the mind. And this EP is proof that it is not always the most complex lyrics that actually unlock our capacity for contemplation, it is the atmosphere the sound allows us to enter into. Meaning moulded through creativity. One of my favourites of the year so far.

All words by Emily Oldfield. Find her tweeting as @EmilyvOldfield and at her website.