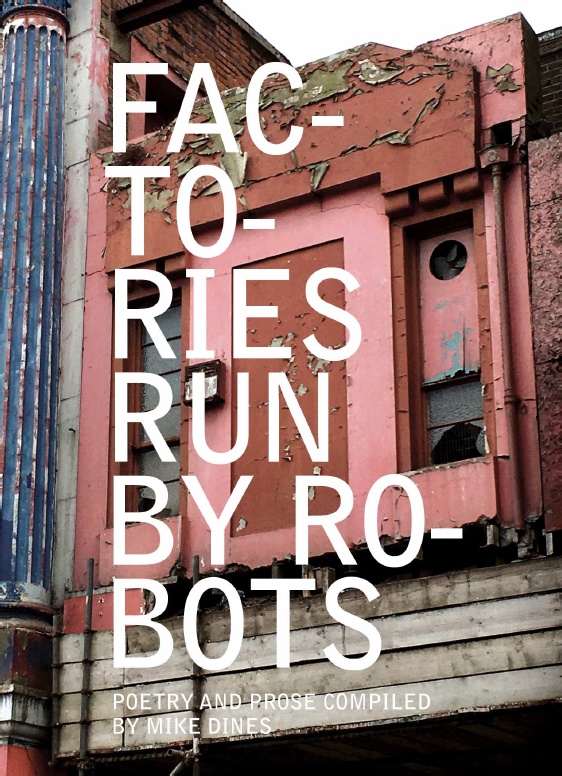 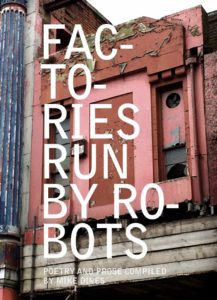 Thirteen poets – all from the punk community – showcased in an anthology put together by independent publisher that specialises in punk rock, ‘radical thinking and the anarcho-scene’.

If this was one of those tacky Seventies adverts for compilation albums, it would go something like this:

Featuring such timeless classics as … Get Up Go To Work Come Home Go To Bed, The Tao of Punk, Nihilism,  I Don’t Believe…   Who can forget, the evocative... Have You Ever Shat Yourself? …

There is a long tradition of poetry in punk.

From Patti Smith to John Cooper Clarke. Atilla The Stockbroker to Henry Rollins to Billy Childish.  Then there were the Oi! Poets, one now a Louder Than War writer, and several anarcho-punk poets like Andy T. and Nick Toczek  and the Ranting Poets, Joolz, Seeting Wells and co.  Words of wisdom & anger and self expression were an important part of punks philosophy of ‘any one can do it’/ do it yourself /…something to say…  It didn’t necessarily stick to the ‘rules’ of poetry of course – and every poet was different, some comic, others political, sometimes both.

Then Ben Elton and Rik Mayall came along and pissed on it all with their comic creation (P)Rik – the Peoples Poet … which we laughed at … not realising that rather than an affectionate caricature it became the stereotype in the public perception of the Punk Poet.

So, it’s nice, and gratifying to see that there is still some new ‘punk poetry’ around.  Only four of the thirteen featured seem to be actual ‘live’ performance poets though.  Some are in bands, others are writers,  there are novices and old-hands but all are united by the life-changing influence of punk reflecting the way they view the world.

The book started as a showcase for Portsmouth punk Trev Paviour but soon expanded to include 12 others.  Crasstafarians.  Street punks. progressive/protest punks, feminist grrrls and Class of 76 originals (Steve Mick of Sniffin’ Glue ‘fame’). It is a varied and impressive collection with poets from all over England, Scotland and the odd American.

The accompanying art/photos by Sam Dines and Sarah Dryden -are shots of vacant dilapidated buildings in the Hebrides and USA and it is difficult to see an immediate and obvious connection with the poetry, but I’m sure there is one: Believe In The Ruins?

I, stopped
Believing,
When
Finally,
The Penny
Dropped.
And I
Realised
That God
Was,
Simply,
Santa Claus,
For Grown Ups.

Every reader will have their ‘favourite’ contributing poet no doubt.  Stephen Spencer-Fleet is probably mine. He’s beautifully concise and tough like hardcore.  Chris Dibnah uses brutal humour and repetition to make his point and his work cries out for live performance.  Del Blyben has the most poems at fifteen and its deep, dark stuff; anti-religion, anti-establishment and balances self-belief and despair.  Trevor Paviours work is unrestrained, personal and intense – he has his own book, Gagging Order, out now as well which I will review separately once the second pressing is available.

Steve Micalef (Steve Mick of Sniffin’ Glue infamy) is an interesting inclusion – his poems seem to date from or be about 1977/78 and come from his own book The Punk Kings of Dyslexia.

It’s not just a ‘boys-club’. there are three female poets (as well as the two photographers)- Laura Taylor contributes a great series of haiku’s mocking Trump.  Ashleigh Stewarts sole contribution, the short ‘A Barren Legacy’ is perhaps the most chilling – an epitaph to the planet.  Laura Ways contributions are the most youthfully positive with immense naive charm.

It’s a real mixture of gallows humour. lamentations on the state of the world and the role of the State.  Personal, political, purposeful, proselytising punk rock poetry.  Some of it is pretty stark and very dark but it’s full of negative-drive and anger-as-an-energy.

It’s a narrow market and I’ve not discovered a similar collection in many a year so have nothing to compare it to … so it is probably the best collection of ‘punk-inspired’ poetry you’ll read!   And you should read it. (I’ll be honest. I was really surprised how much I enjoyed it. It’s like a really well put-together compilation album – or mixtape… and it’s great to dip in and out of…)

In an age where everything is available online for free; music, magazines, blogs… It’s nice to have something physical, with value, created and put together by people who think the spirit of punk rock is not just about music or image, protest or attitude but actually about thought and expression.  Word-punk.

To obtain a coy of the book  contact Mike Dines on Facebook  or via Itchy Monkey Press (£7.50 inc P&P -UK)