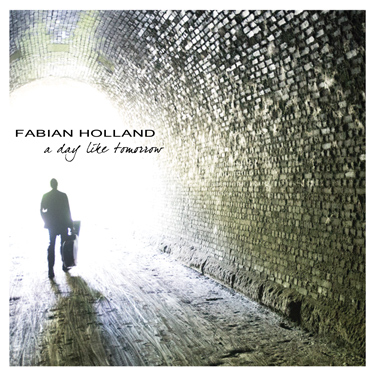 His eponymous debut album went down a storm, not least in garnering almost universal praise for its guitar virtuosity from all the folk press. Does his second, the grandly labelled ‘sophomore album’ and more often, ‘the difficult second album’ live up to expectations?

It’s come round quite soon too, not much more than eighteen months passing since the release of the self titled debut, so clearly a rich vein has been struck, the songs being written on his narrowboat in the winter of 2013 and based on everyday issues which open his songs to a broader fanbase. He’s teamed up once again with producer Mark Hutchinson, whose musical contribution alongside that of keyboardist Jacob Stoney gives the album that added edge of progression from the first album while Fabian has talked about not wanting to simply make a continuation of that record but to introduce new instruments without compromising the essence of what he does best.

The main difference is Fred Claridge – and what a difference a drum can make. He’s all over the album with all sorts of percussion contributions , yet in sympathy with the overall sound and mood of the lyrics and without being overbearing. You’d say almost unnoticeable at times.

There’s a solid mix of subjects providing the ammunition for Fabian’s writing. It’s modern life and those (fill in your own adjective) people whose mobile phones are constantly held aloft recording the minutae of lives who get a lashing as he opens up with a lyric based on his observations of the fashionable obsession or curse, before the first curveball comes when he follows up with the two traditional songs on the record. Of the pair, ‘House Carpenter’ the more disconcerting and bleak while ‘Nobody’s’ Fault’ treads a more familiar path. Their inclusion ticks a couple of boxes and while it may seem a little unwarranted, gets them out of the way to allow the original material to breath and stand up for itself.

It’s the original material where Fabian gets to build on his promise to build on the promise of his first album. Following on from ‘Four Inch Screen’, ‘Welcome To The Magic Show’ similarly shows him taking a swipe at modern businesses which prey on people’s greed and vanity. Almost like he’s picking up a national vibe or maybe he’s been spending a lot of time on Facebook, but the inspiration for the material stands out proudly, ranging from the river on which he lives to the people he’s known and who have made some impact on him. The former providing some darker thoughts, portrayed in ‘The River’ where some of the more dubious characters are unravelled giving the piece a murkier tone than the idyllic vision of country days by the water.

On the lighter side on ‘The List’ and ‘Spring’ give him a chance to show it’s not all doom and gloom, yet at the heart of the songs is his instrumental prowess which gets a full airing with ‘ Morning Mist‘. Painfully short at under two minutes and a piece which frankly whets the appetite for more of the same and something which establishes Holland as one of a number of vastly underrated singers songwriters who really know how to play (see Adrian Nation as another). The distinctive rub of his fingers on the strings the result of formative years in both a formal training and the time honoured tradition of busking .

If there were a FFO (for fans of…) section, he may well find himself labelled alongside John Martyn for some of his relaxed delivery while the guitar style conjures up the picking of Carthy and Jansch. Probably enough in that last sentence to suggest that in picking up ‘A Day Like Tomorrow’ in keen anticipation of the second album or just on the pff chance to see what the fuss is about, won’t be disappointed.

You can find Fabian Holland online here: fabianholland.com. He is  also on Facebook  and tweets as @fabianholland.

All words  by Mike Ainscoe. You can find more of Mike’s writing on Louder Than War at his author’s archive and his website is michaelainscoephotography.co.uk