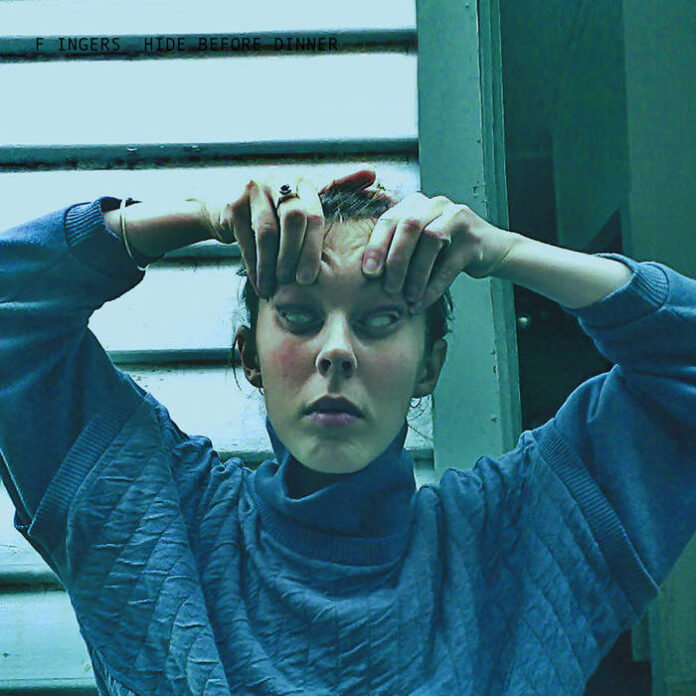 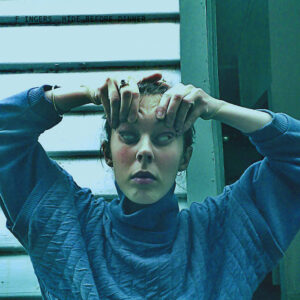 The debut album from Australian trio F INGERS is an enjoyably suffocating blanket of anti-nostalgia.

Mining a particular strain of early 1980s post-punk, in which the Cure’s morbid triumvirate of 17 Seconds, Faith and Pornography are the high water marks, the Australian trio of Carla dal Forno, Samuel Karmel and Tarquin Manek create a clouded, morbidly introspective set of songs that seem haunted by the ghosts of family trauma, embodied by titles like Escape Into The Bushes and Under The House Hard To Breathe.

The band’s Ur-Goth aesthetic is characterised by beatless, muffled production, atonal synth squiggles and excessive use of the chorus pedal for both bass and guitar,  all which emphasises an almost overwhelming sense of suffocation and paralysis. Meanwhile dal Forno ‘s vocals are almost comically effectless, pitched somewhere between Siouxsie Sioux and The Passions’ I’m in love with a German Film Star, and swathed in so much echo it’s impossible to make out what she’s going on about (although there are always those song titles to give us a hint). Her mournful exhortations are like fragments of repressed memory, desperately trying to break through the layers of the unconscious, like a swimmer flailing for life in an icy lagoon.

Not exactly a bundle of laughs, then. But that’s not to say that mean Hide Before Dinner doesn’t have its own peculiar frisson. After all, who doesn’t like a good wallow in self-pity after a grim day battling against the grim tides of 21st century life, the mournful pull of icy synths and minor chord melancholy the perfect way to scrape off your worries and roll them into a Robert Smith shaped ball. Wrap your troubles in dreams. Or nightmares.

Of course, the thing about The Cure (the Banshees too) was that they always had the tunes to lighten their wintry alienation. For every Siamese Twin, Other Voices and In Your House, there was a Primary, a Play For Today, a Strange Day. Hide Before Dinner doesn’t have this consolation, and in that sense, it’s perhaps closer to the darkwave minor players and one-hit wonders that populated those corking Blackest Ever Black mixtapes, Dream Theory in Haltemprice and the like. Indeed, the way in which oddballs and obscurities like The Trypes’ No One’s Alone snuggled up with the tribal clumps of more contemporary fare like Moin’s Elsie on that compilation perhaps gives us a clue as to why label boss Kiran Sande was so keen to bring  the band into his stable.

Anyway, all fans of the underground worth their salt know that there’s often an inverse relationship between slickness and interest. The more something lacks polish, or hooks, or even structures, the more enticing it can be. And so it is with Hide Before Dinner, the barely-there songwriting, medicated playing and amateurish recording quality of pieces like Mum’s Caress After The Trip or the album’s title track transmitting a sort of negative charisma, like a ruined shack in the woods through which you can glimpse craggy mountains and rolling thunder clouds.

Yet it’s a weirder album that it first seems, with things getting more interesting the further they drift away from the proven post-punk templates. The uneasy pulsations of Tantrum Tempest, for example, in which dal Forno ‘s vocals reverberate almost formlessly against the kind of glassy modular synth emissions that older listeners may recognise from OMD’s Talking Loud And Clear, is a wonderfully abstract slice of sound. And the low drone and meandering one-finger keyboard lines of Under The House Hard To Breathe are gloriously doomy, with dal Forno channelling the imperious spectre of Nico to really take the room temperature below zero.

Whether you think Hide Before Dinner is an affecting artist statement or one bass warble away from goth pastiche depends, ultimately, on how engaging you find the trio’s sonic universe. As a fan of this stuff the first time round I’m naturally drawn to it as a kind of anti-Alice in Wonderland subterranean world (although I sincerely hope that middle aged men aren’t the totality of F INGER’s target audience). But it’s also sufficiently enigmatic – sometimes frustratingly so – to draw in listeners less familiar with its doomy moves and make plenty of new converts to its sepulchral sound.