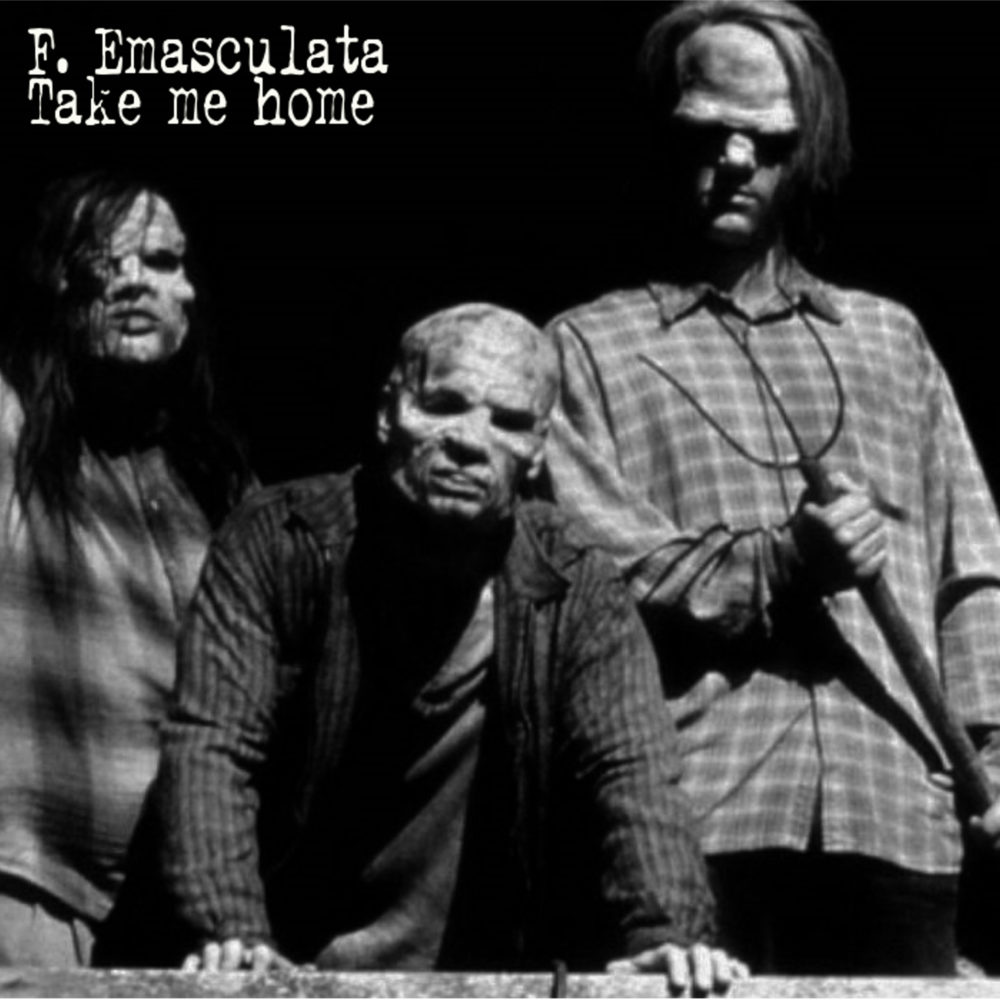 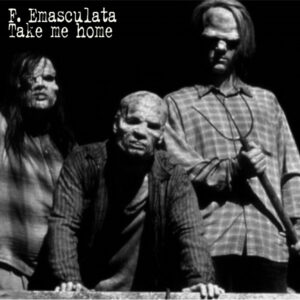 Starting with an X-Files sample in which Dana Scully says to Fox Mulder  “Suck my dick”, F. Emasculata immediately set the tone on Take Me Home. The EP is littered with X-Files samples. There is a wry smile written across the band’s whole premise. It’s in the lyrics, it’s in the titles, it’s in the artwork. It’s in the band name – F. Emasculata being one of many mysterious contagions Mulder and Scully investigated in the TV series. Even the band noms de guerre are a tribute: Skinner on Drums, Samantha on Vocals, The Smoking Man on Bass and Krycek on Guitar. Of course, Catatonia are famous for using Mulder and Scully as source material for THAT song. I can even remember Bath reggae outfit the Rhythm-ites re-working the theme tune into a dubby track – I definitely saw it live but no idea if it made a release.  F. Emasculata may not be the first, but are in a relatively small pantheon of artists who have embraced the UFO spotting, conspiracy cracking FBI agents.

So what of the music? In your face from the outset, they kick in with a heaviness you would normally associate with bands like Wolfbrigade and their ilk but the key influence here is hardcore (you know the score). It’s in the speedy riffs, crunchy breakdowns, drop outs, build ups, and pounding high octane beats on the drums. I can also hear something of a grunge, sub-pop, riot grrl influence if I ain’t mistaken. The solid, rocky, hardcore and raw vocals of F. Emasculata have a clear similarity to F-Minus, among others. That’s not just me throwing out a lazy comparison, the band themselves point this out in their press release. Those fierce guttural vocals, display real talent, perhaps their best when growling “Blood from the eye” and declaring “I want to believe” on the song Season 10.

Ahead of the full CD release the single The Great Mutato is available now from www.f-emasculata.bandcamp.com from 25th January and you can watch it in this video

Like Mulder and Scully’s car careening from lane to lane on a highway, they veer from slow heavy heaviness like a bulldozer to speedier riffs, but with the amps up to 10, and distortion up to 11, at all times. I was impressed by the production which is of a surprisingly high quality and it could sit alongside the output from Don Fury’s famous Coney Island studio.

This lot will no doubt be great live but the band only play live a handful of times per year, due to band members having other commitments in Swansong and Rash Decision. It sounds a trifle incestuous but then it is Cornwall!

You don’t have to be an X-Files fan to get this but it will certainly add to the experience. For you the song titles, the lyrics and the samples will give that extra buzz. For those not bothered about the X-Files, this is still a nice healthy dose of raw and rocking hardcore punk. I guess there is a venn diagram of folks who will like this for the music, some who will like it as an X-Files completist and then those who sit in both camps.  I am in the latter.  I want to believe.

The CD, which is limited to 100 copies, comes with the band’s previous 2 vinyl and cassette EPs, The Truth and IAXFE bundled as a bonus. The most important thing to mention about these other tracks is that one is dedicated to Eugene Tooms. That makes me happy.

Report filed by Nathan Brown.  You can read more of his work in his Louder Than War archive.