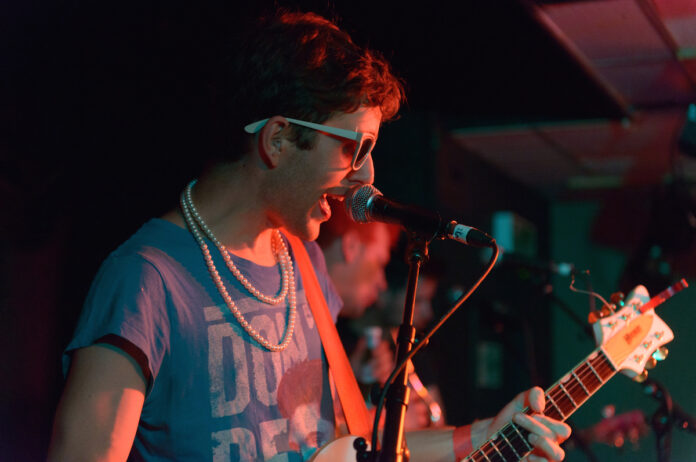 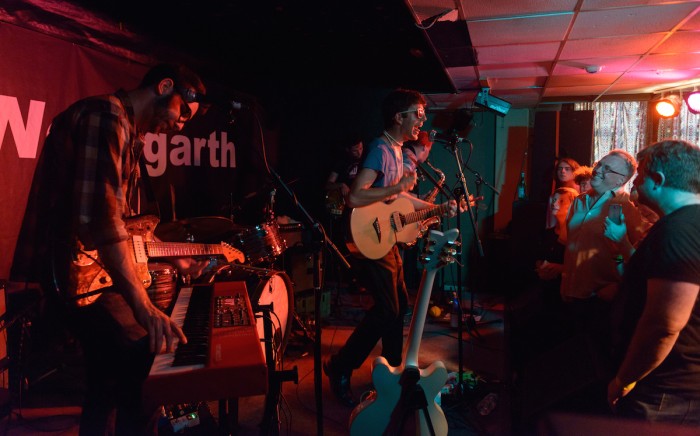 Riding high on a wave of critical acclaim, Ezra Furman arrives in Middlesbrough possessed by the gods of Rock ‘n Roll as he tears the roof of the Westgarth.

Having just released his fifth album to critical acclaim across the board, having previously condemned himself to a life of obscurity his star shone brighter than ever last year. Following the release of Day Of The Dog and an endless UK and European tour saw his popularity rise exponentially, in the week that his latest album Perpetual Motion People drops he makes his way across the UK playing intimate venues.

Tonight sees him arriving in Middlesbrough at the renowned Westgarth Social Club, first up though is Manchester’s Blue Kassette and their indie rock kicks the evening off. Their sound rooted in the Manchester scene, their set goes down well with the ever-increasing crowd. However, everyone is anticipating the arrival of one man, and despite the early set he shimmies on to the stage.

Flanked by his trusty band The Boy-Friends Furman wastes no time in getting stuck into older material including the phenomenal And Maybe God is a Train, he seems jittery behind his dark glasses. Yet he channels these nerves into his typically manic and excited performance, as he hits his stride a plethora of new tracks follow.

All of which are more energetic than the one before, Hark! To The Music with its ’50s Rock ‘n Roll vibe has everyone dancing, as does the equally funky Wobbly, Ezra comes alive. Despite the depth and sadness of tracks like Ordinary Life, the party atmosphere never wanes as Furman is possessed by the Gods of Rock ‘n Roll as he effortlessly raises the tempo with a rousing version of My Zero. 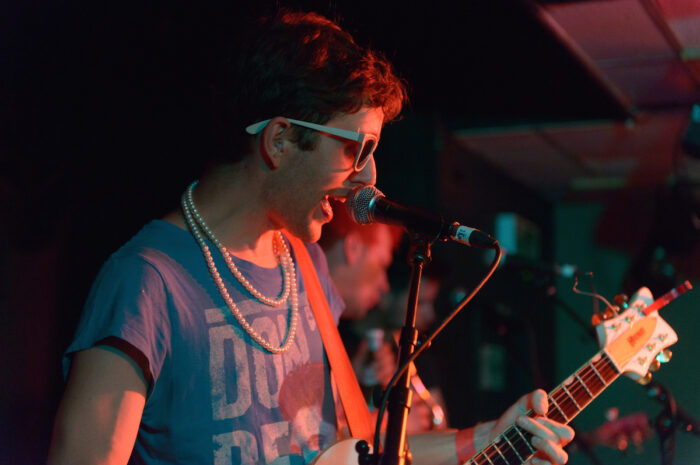 Yet he saves the best till last as Restless Year has everyone grinning from ear to ear, his current single going down an absolute storm this evening. However, he provides another moment to savour with a beautiful heartfelt rendition of Can I Sleep In Your Brain. His records bare all of the traits of his influences and his live renditions match that, whether it be channelling Little Richard or the introverted brilliance of Jeff Mangum, Ezra Furman is a true musical chameleon.

He closes out the night with another typically frenetic manner with Tell Em All To Go To Hell, a perfect evening that has seen Furman damn the Gender Police and the bullies. The most fitting end to a truly inspirational set from a man whose star is shining brighter than ever right now, despite his fears of having to go back to small venues I’m firm in my belief that this will not be the case.