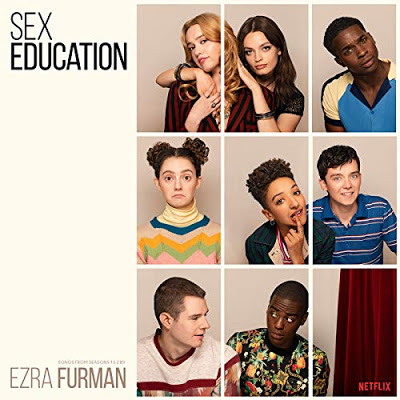 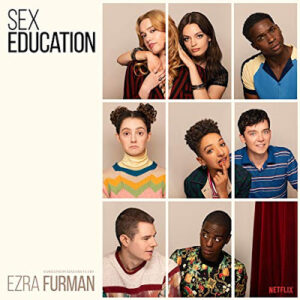 Out Now – Order The Album Here

The inimitable Ezra Furman provides 19 tracks to the soundtrack of Sex Education. The teenage angst and sexual awakening Netflix comedy drama series. The resultant offering is a bounteous selection of eight deliciously sumptuous new tracks and a cornucopia of gems from earlier Furman masterpieces.

Sex Education, while set in and around English secondary school, has the look and feel of a cross between Grease and an eighties US John Hughes-esque coming of age brat pack movie. Several characters could be compared to those from said director’s movies. It is a well known fact that Hughes films were also known for their soundtracks featuring a range of alt-rock/pop tunes. Sex Education is no different. Tracks throughout include the likes of Billy Idol, INXS, Devo, Flock of Seagulls & Violent Femmes.

Rising to the top, the cream of the tracks throughout the series come from the supremely talented Furman. She makes a cameo during season one in the end of term ball as the live entertainment. Furman’s songs are ideal for this TV show, the songs chosen for this episode reflecting the storylines perfectly. Take, for example, The Queen of Hearts sound-tracking best friends Otis and Eric putting their differences behind them. My Zero providing backing to a mis-placed declaration of love. With the faultless Restless Year and the Rolling Stones pastiche of At the Bottom of the Ocean completing the set.

Prepare yourself for new instant classics too. From the soul-cleansing laid back rock of I’m Coming Clean, to the achingly beautiful pain of Every Feeling. Amateur is country tinged,  while If Only the Wind has a melancholy exquisiteness. And what else but classic doo-wop on Devil or Angel. Is there nothing the talented Furman can’t do?

Even the tracks from earlier albums fit the soundtrack perfectly. Take the haunting melody of Dr Jekyll and Mr Hyde, providing the backdrop to several scenes throughout. Elsewhere, Body Was Made with its sumptuous jazzy sax and the quirky Splash of Light make the series eminently watchable. take a chance on it, even if only to listen out for the Furman moments.

The dazzling music of Ezra Furman should be shared far and wide. Blasted from the rooftops. Hopefully with the plethora of tracks on Sex Education, there will be viewers shazaming left right and centre and seeking out Furman’s back catalogue.