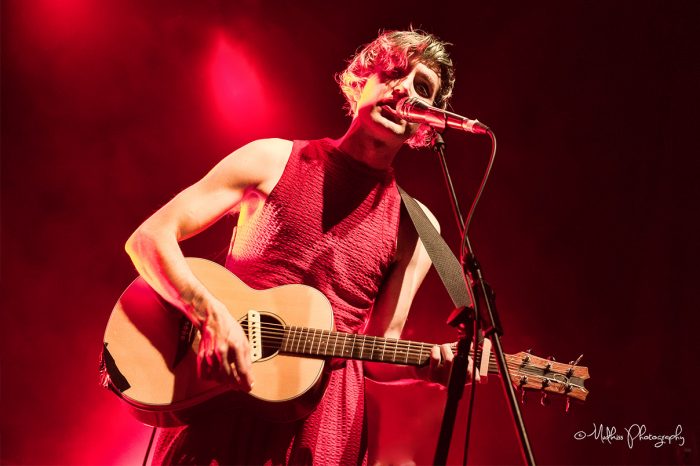 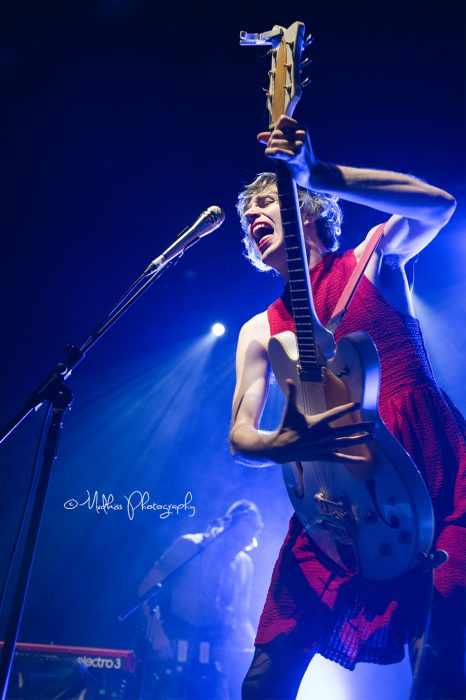 Last November I witnessed my very first Ezra show, when he played across the road at the smaller venue Gorilla, where he blew everyone away with his feverishly, thrilling performance (read the review here). Before the arrival of Ezra we witnessed his support act, which I could find no information about prior to the show. I had a little interaction with Ezra on Twitter where he told me this “Delmore has been anti-Internet since pre-internet. He’s also barely played any “professional” live shows. He rules“.

Ezra is generally to be found on stage proudly sporting a dress and make up – in a brilliant twist he also appeared as his own support act, in the guise of the mellow tones of Delmore Huggs & his Deep Texan Fantasy. 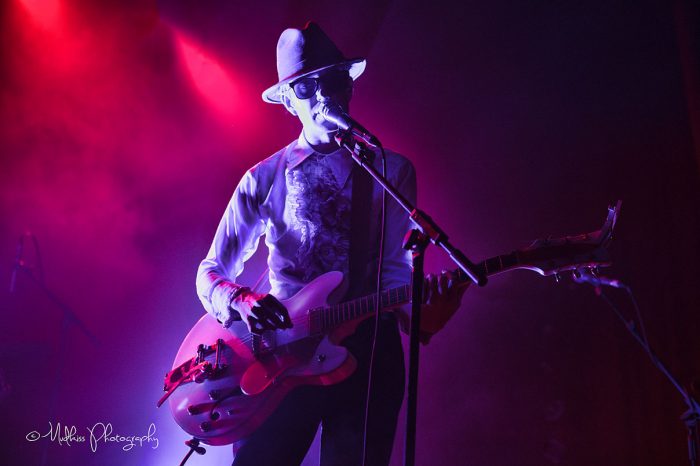 He has a vulnerability, which is most endearing, also the real heart of a rock n roll performer, but with a difference. The songs are a mixture of fiery, passionate and tender, this guy really fires up the crowd tonight with a stunning show, which consists of 21 songs in his setlist. Even tripping up on stage doesn’t phase him, and he manages to look cool as he perches on a speaker. If he doesn’t make it to bigger venues then there is something seriously wrong with the music business, he deserves to be a real superstar. It’s certainly one of my favourite gigs of the year! 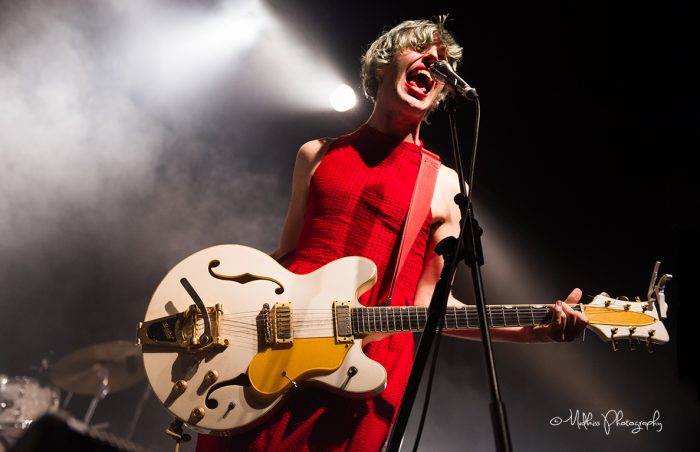 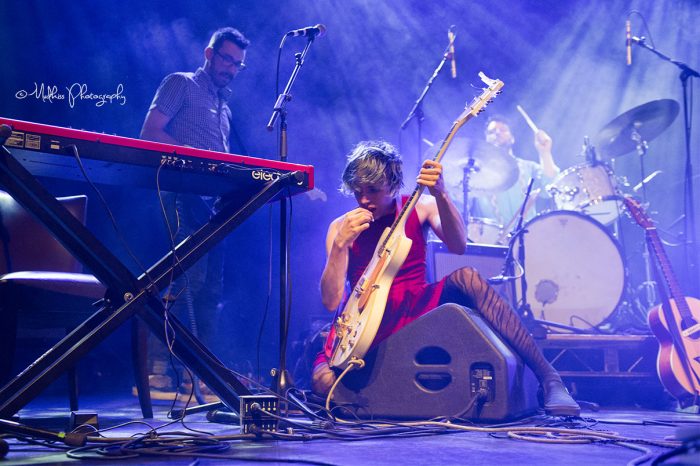