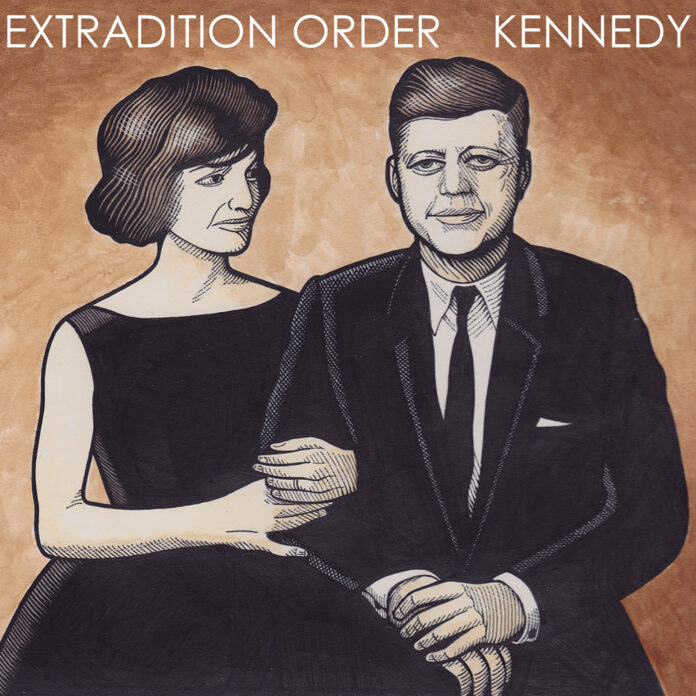 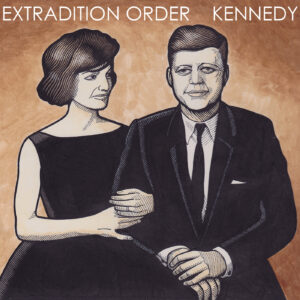 Welcome to your new ‘favourite album with accounts of the period of American history surrounding the lives and loves of the Kennedy family’. Originally from Warrington, Extradition Order are currently a six-piece whose line-up includes producer Ian Button who also has past credit with Death In Vegas and Thrashing Doves.

The bands style is hard to pin down. Best thrown into the pot of ‘post-punk’, they have echoes of funk, disco and more than a splattering of 80s mad-boys, Stump. Influenced by the bands passion for that iconic period they have assembled eleven tracks each with a reference to the Kennedy history, and a brilliant album artwork emulating famous images including the brothers ‘deep in thought’ pose.

Opener, Boy In Uniform which unsurprisingly has more than a passing resemblance to Gang Of Four’s ‘banned’ 1982 single I Love A Man In Uniform, is an entirely entertaining madcap catchy collage of jangly guitar, military beat and often out-of-key vocals.

Whether intended or not the band often sound out of tune with either vocals or guitars. If it is unintentional then the decision to leave things as they are is sheer poetry. If it is meant to sound off-key then it is genius. Beginning with a funky guitar riff, I Love An Eyesore (LBJ ’60) ascends into a punk disco (yes, it does exist) melange about Lyndon Johnson’s firm belief that he would be successful in the 1960 Democratic nomination because it ‘was his turn’.

Rosemary references the ‘lost’ Kennedy who was born with severe intellectual difficulties and was given a disastrous frontal lobotomy in 1941 at the age of 23 with the consent of her Father. Dying in 2005, she remained out of public view for almost all her life.

Inauguration meanders along with newsreel soundbytes until an almighty crash (maybe to simulate gun shot?) which makes the semi-instrumental a quite brilliant piece of music, and Bobby details the brother’s reaction to the assassination of JFK.

Kennedy is often brilliantly disjointed which somehow coheres itself to create an album that is deserved of wide recognition. Album closer Nixon ’68 delves into New Romantic dance with the same rebellious attitude that makes Mark Stewart and The Pop Group the phenomena that they are.

Keep an eye on Extradition Order.