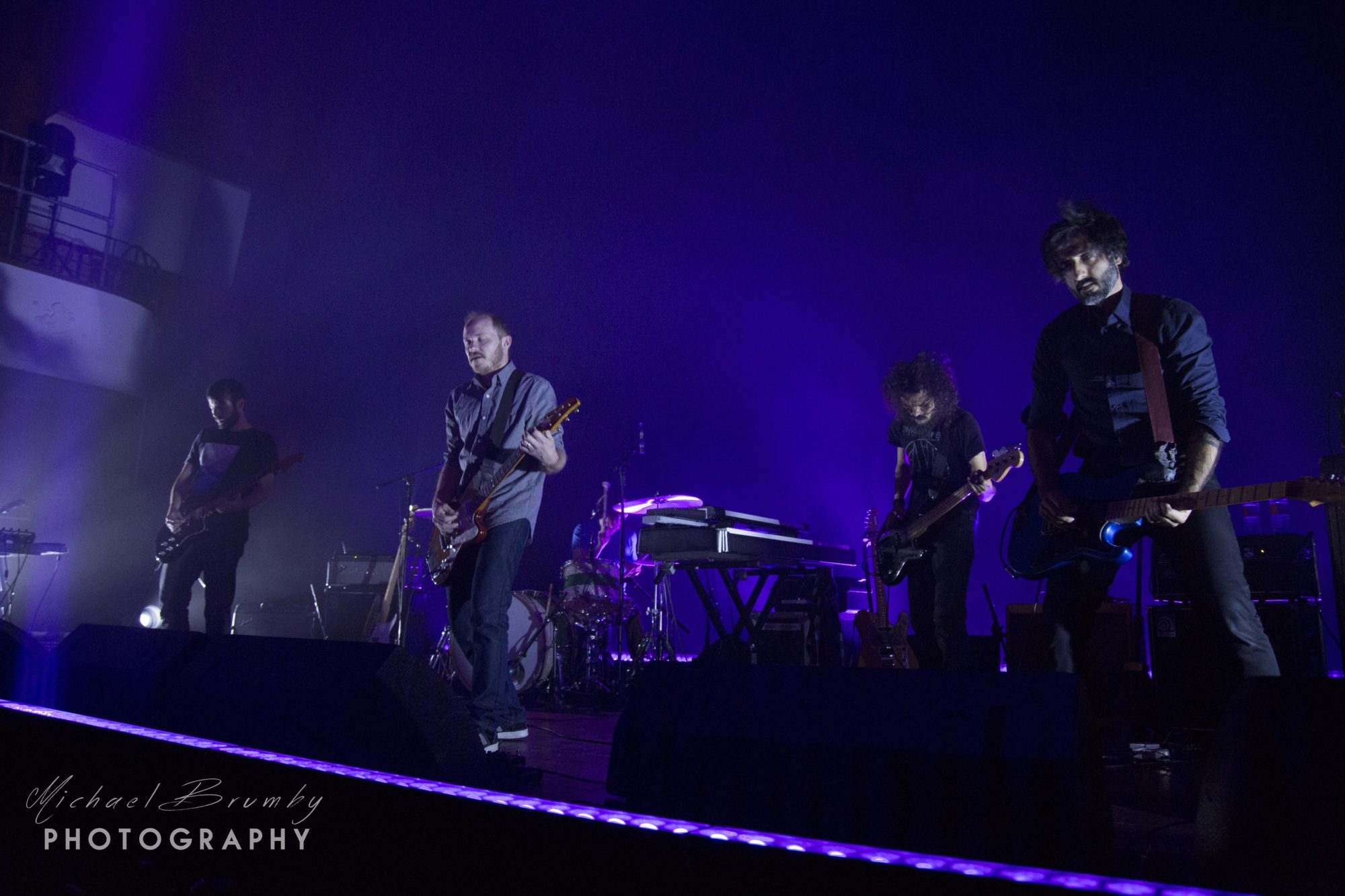 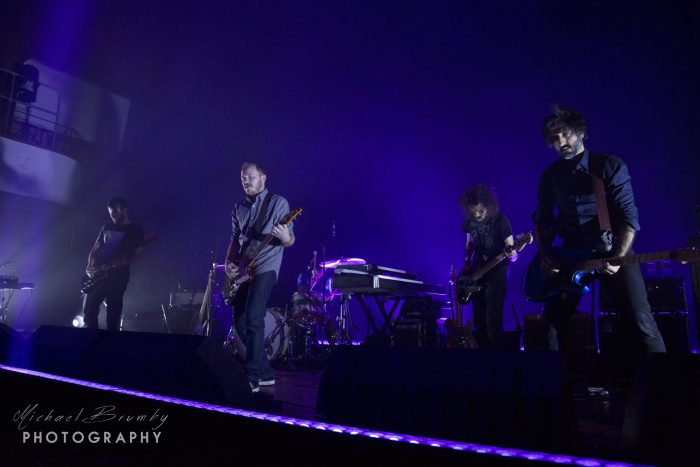 Explosions In The Sky

Texas Quartet Explosions In The Sky have spent the last 16 years releasing some of the best instrumental post-rock, and with the release of their seventh studio album, ‘The Wilderness’, they have managed to invigorate their sound with fresh perspective that breathes life into their established dynamic of soaring crescendos and subtle melodic tension.

The theme of reinvention, losing oneself to find oneself, is deeply imbued into the new song which dominate the set tonight. Opener, ‘Infinite Orbit’ with it’s driving beats and languid piano in which the band create those looping guitar riffs that emotionally wind you round their little finger. The power coming off the stage is astounding and audience are mesmerised. We’re hooked like the first time.

Explosions are one of those bands that transport you to a different dimension. The entire 75 minute set feels like a dream, they scoop you up into their arms and take you on journeys you didn’t know existed. Each song is a destination on a journey to an unknown but familiar locale.

Standout tracks like new song, ‘Logic Of A Dream’ and ‘Greet Death’ from the album “Those Who Tell the Truth Shall Die, Those Who Tell the Truth Shall Live Forever” cause shivers up the spine as their intensity grows and dissipates to open up those very subtle moments in which everything drops back to the minimal. This is music that’s speaks to the heart directly. The audience have come to trust them and the new songs confirm that their trust is safe and as solid as a rock. They close with ‘Memorial’ off the album, ‘The Earth Is Not A Cold Dark Place’ in which I lose myself several times to the music which is more powerful than words, more meaningful that symbols. Explosions In The Sky have always been the masters of direct emotion, but maybe now more than ever.

All photography by Michael Brumby.