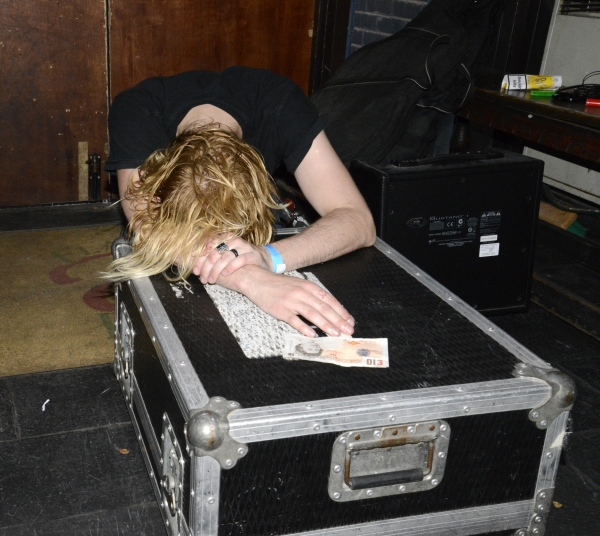 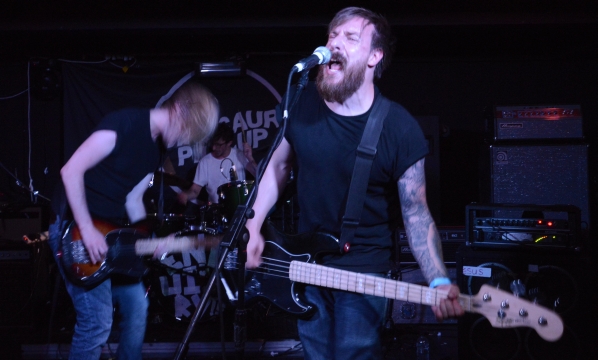 The end is nigh for Exit_International, the noisiest and best band Wales has produced.

The setting is Birmingham’s beloved Flapper, a fantastic venue hosting the ‘Off The Cuff’ festival. The trio have just half an hour to show the nations second city exactly why the band’s imminent demise is something to be both very sad about, yet also thankful.

Opening up with the latest, and final single ‘Pearls & Swine’, the bar is set high. Dual bass assault, adrenaline and heart poured into every note, every beat and every syllable. The finest guttural dirty basslines colliding headlong into majestic pop structure, searing through the ears of everyone in the crowded room.   The finest tracks from their two albums fly along at breakneck speed, and the short set feels at times euphoric yet also melancholic. By the time the bands breakaway, Radio 1 play-listed hit ‘Chainsaw Song’ appears, every person in the room is part of Exit_International in spirit and in voice. 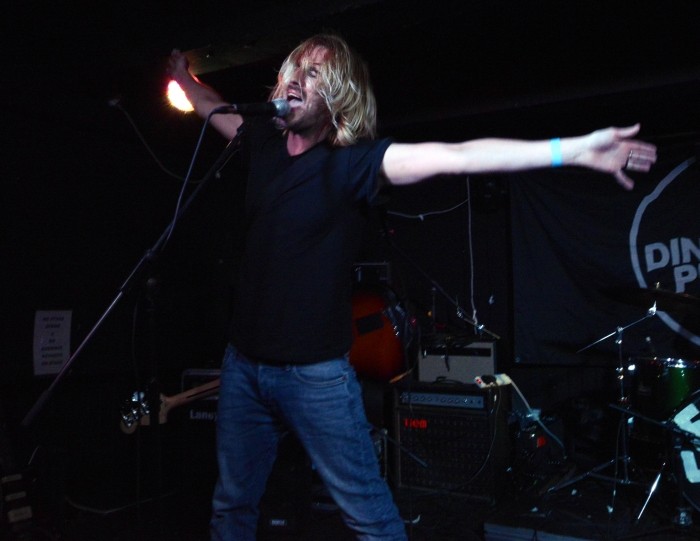 The horrible inevitability of the end of ‘musical’ days or the sweet relief of being able to throw off the shackles in the knowledge freedom is but a few steps away… who knows? What does show is that the inevitable end of the group has allowed them to focus much more on enjoying the best of times with mates – musical soul mates rather, than just playing yet another gig.
For all the best tunes in the world, it’s the camaraderie between friends that is ultimately what being in a band is all about.

Though we should feel disheartened about the end of Exit_International, we should be equally as happy to have received such a hefty batch of good songs and shows, and that the band have called it a day at their peak, bowing out as the best of friends and not the bitterest of enemies after numerous so-so albums many years down the line.