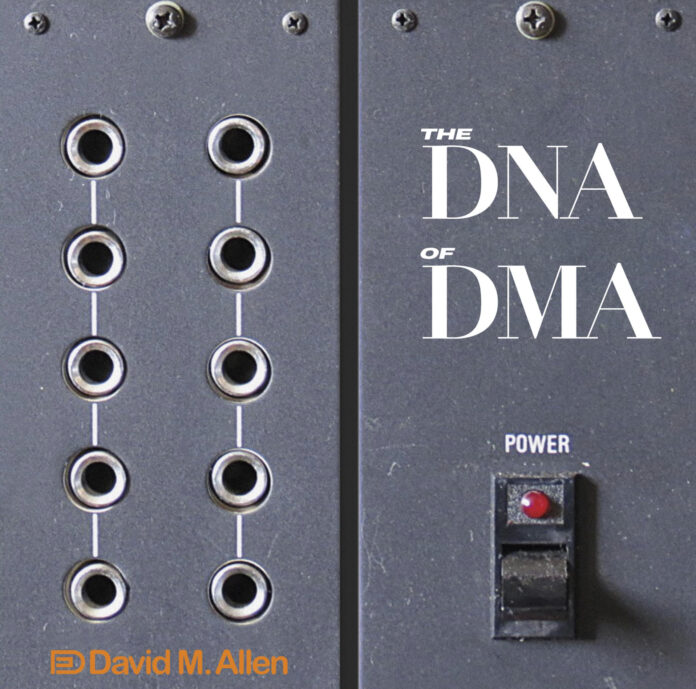 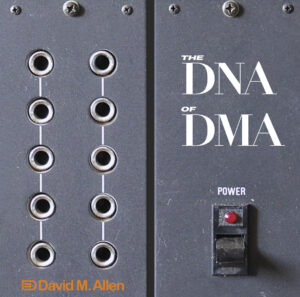 Recorded by David M. Allen in 1980 and released on vinyl just now, the DNA of DMA is a “blast from the past”.

Founding member of Pinpoint and producer David M. Allen is well-known for his contribution to the sound of the ’80s. He crafted the new wave and synth pop facade of The Cure, The Sisters Of Mercy, The Chameleons, Depeche Mode, The Mission, and The Human League. Restored from a 1/4 inch tape, the DNA of DMA is a snapshot of the first digitally controlled studio equipment of the ’80s.

The album was created in the process of experimenting with Roland 700 modular synth and MC8 microcomposer, then new-to-the-market. At that time, Allen worked at Martin Rushent’s Genetic Records and had to test the gear shortly before The Human League’s recording session. Having discovered the result, Martin Rushent offered David a programming job.

Allen recalls the recording process as laborious: “I sat at the desk in a fugue state for nearly two weeks, occasionally showering in the family house during which time Linda, Martin’s wife, made sure I was fed and watered. Most of the time I slept on the studio couch…I was manic, exhausted, deaf but had recorded songs. The clock was ticking.”

One of the tracks from the album, The Sound Of Muzak combines elements that define the sound of new wave. Bubbling synths, ping-pong effect, catchy tune, frenetic beat. Considering the time of production, it sounds futuristic.

The DNA of DMA will be released on Record Store Day 2022, 23 April. More information here.

Listen to The Sound of Muzak on SoundCloud.