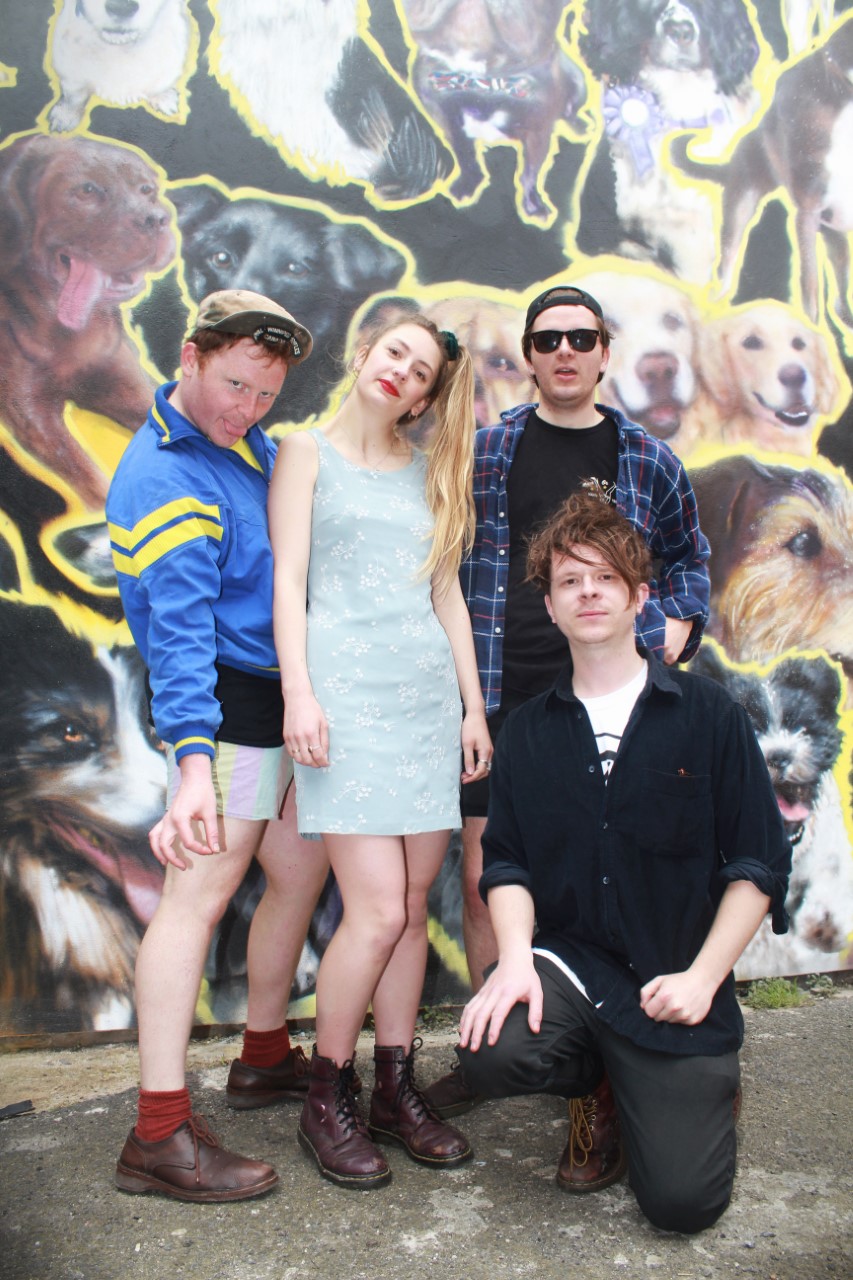 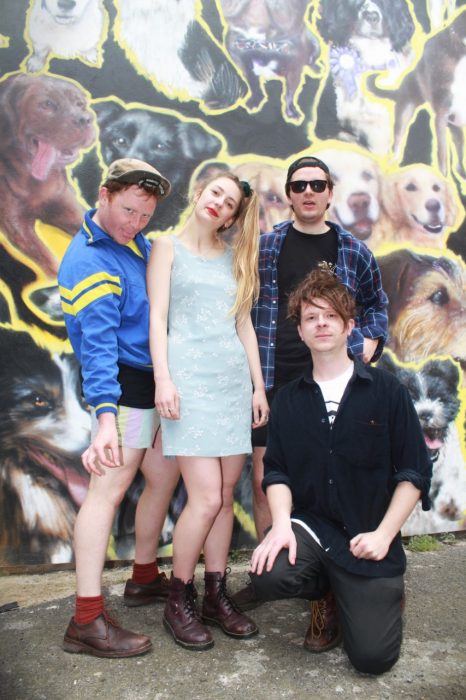 Exclusive to Louder Than War, we proudly present the video premiere of new single from new band SuperGlu.

The song is called Dreams and they say of the video…

Dreams depicts a haunting hyper reality, as the dream world becomes larger than life with Ben Brown encountering a succession of surreal visions from roller skating lessons to jungle warfare, unable to discern fantasy from fact.

And it looks like they had a laugh making it.

It was made by John Callaghan of Warp Records fame.

Krista from the band told me;

“It was really exciting collaborating with John; primarily because he is an amazingly creative guy yet it was pretty great in working with someone also within the Antigens Records ‘family’.

We filmed the video in less than a day with help (and cameo appearances) from our friends Bessie Turner, James Sarek, Lee Ashcrot and Jason Whittaker. The footage itself was made using very minimal shots – so involved an incredible amount of planning and precision. We owe a lot to John for all his hard work.”

Formed in 2014, SuperGlu are brothers Ben – who cut his teeth as front man of Dingus Khan – and Alex Brown on guitars, along with Krysta Lynch and Ben Ward on bass and drums respectively. Their ‘Horse’ EP went down well with BBC Introducing and got them a gig at Reading & Leeds Festivals. Check out a really great performance below.

Essex/Suffolk border town Manningtree is their base – “a community focused around pubs, the local market, a man-made beach, rival Indian restaurants, a barrier-less railway station and my secondary school” according to Alex Brown – and the smallest town in the UK. As well as a little of the town’s eccentricities seeping into their creativity – see their recent single ‘Weekend’ for further evidence of its double-sided qualities – living there has allowed them to develop their song writing free from the distractions of local rivalries and faddish influences. “Looking back I am so glad that the only influences on our music were the little flickers of pop culture that trickled into our lives,” Ben Ward reckons, ”if we were immersed in a larger community then things might sound a lot different.”

Influenced by, seemingly, the Beach Boys, Pixies and the punkier end of Britpop & Indie they look like one of those bands who ‘look shit but sound great’ and spend more time playing and having fun then in marketing meetings with image consultants.

So without further ado, here is the video….

‘Dreams’ came, out on November 25th on Antigen Records. The track was recorded at Crypt Studios in London with producer George Perks  and is available on ‘all digital platforms’.