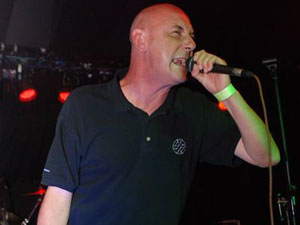 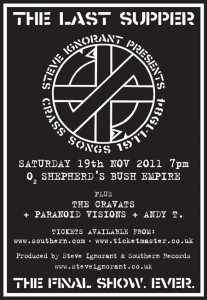 Vice have just launched a new video channel and on it they have hosted a special feature on Steve Ignorant’s Final Last Supper show filmed at Shepherds Bush Empire in November 2011.

The clip includes filming at his rehearsal space, the final performance and behind the scenes footage.

This footage is a 4-minute glimpse into what was a truly unforgettable evening and is a teaser of what to expect later this year when Southern plan to release their own documentary of the event.