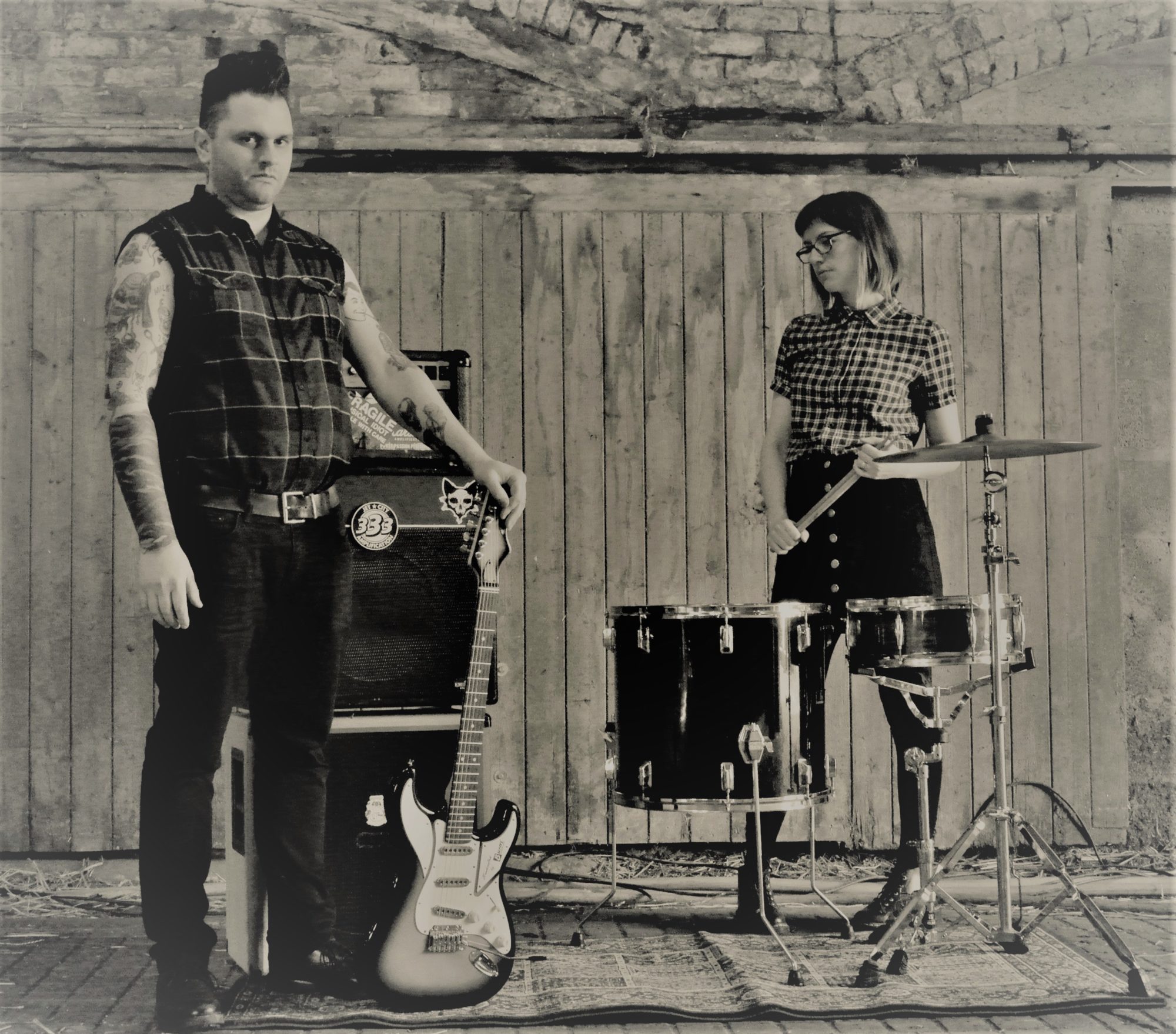 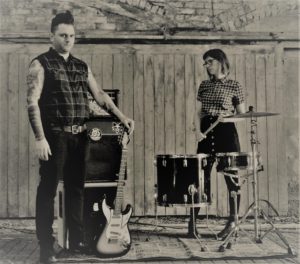 Here at Louder Than War we were saddened when York based The Franceens collapsed, their ‘Stepford Smiles’ album has remained on the office playlist since release way back in December 2013; so when we heard that Franceens founders and rock ‘n’ roll lovebirds Dan and Naomi had formed Snakerattlers we were more than a little excited.

They have now announced the details of their debut album ‘This Is Rattlerock’ which is to released on June 23rd 2017 via Moon Skull Records – advance orders are being taken now.

We have heard a couple of the tracks; it’s ramped up trashy rock & roll plumbed from the depths of dark obscurity; fragments of garage, psychobilly, and sexual excess hammered together with a primitive sleazy beat; just like Lux & Ivy taught us all how to do it!!

When we were then offered the chance to premiere a lead track from the album, we were hardly going to debate it!!

So here it is; ‘Sweet Sixteen’ – which contains every element of required to produce dirty rock ‘n’ roll; primordial beats, infectious red hot guitar licks, wigged out vocal yelps, and in the video we get Naomi on stand-up drums!!

‘This Is Rattlerock’ is being launched at The Globe, Newcastle on June 23rd, with support from psychotic fuck-rockers The Likkor Men and lo-fi garage punks Palm Beach.