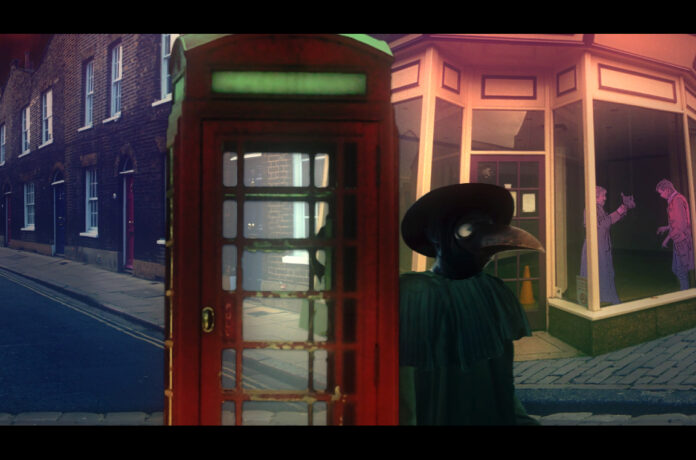 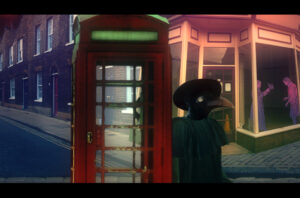 This is a superb piece of film making which sits perfectly as an illustration of the retro yet ultra-modern feel of this hugely promising Yorkshire trio. ’Brothers’ is the lead track from their excellent debut EP ‘Sound of Ravens’ and has been selected by Tom Robinson for his BBC6 Music Mixtape.

The film has been described as “21st Century Psychedelia”. It’s the product of the exciting creative union between director Howard Ashley Storey and producer Lee Isserow and is something they consider their best work to date. Howard said:

“The song is timeless. There are a wealth of influences with a truly English sound which I think our video compliments perfectly. Echoes of Eleanor Rigby, Terry Gilliam and Oliver Postgate throughout, it is modern with a real retro feel and like Ravens music, will stand the test of time for many years”

The band themselves are also delighted with the film. Speaking to Louder Than War guitarist Richard McTague said:

“We were blown away by what Howard and Lee did for us. We trusted them implicitly from the start and they’ve taken the song to another level. They actually have a vision to realise each track on Sound of Ravens and produce a sort of “Concept Video EP” and we’re looking at how we can make it happen. We can’t wait to work with them again.”

Watch and enjoy below. If you’re on a smart phone and the video isn’t appearing use this link: youtu.be/V5HcEgbwcyw.

‘Brothers’ is the lead track from Ravens debut EP ‘Sound of Ravens’ and is available from these outlets:

iTunes, Amazon and as a ltd edition digipak CD.