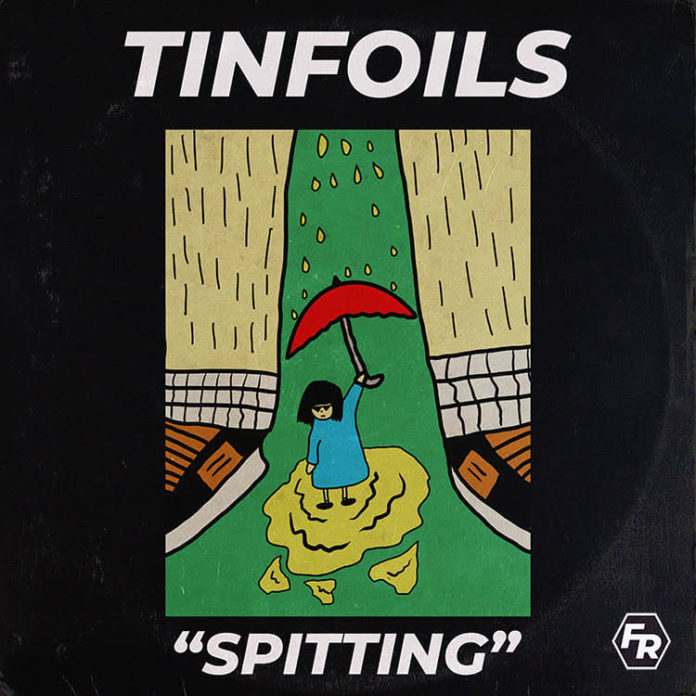 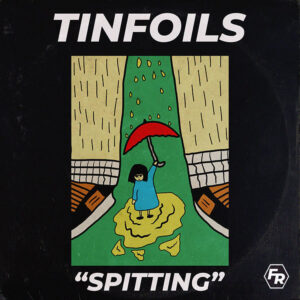 Louder Than War tipped Tinfoils return with an infectious DIY punk number that hits the spot. Wayne Carey is hooked.

Born in Yorkshire but made in Manchester, TINFOILS are predominantly influenced by contemporary bands such as IDLES, Sleaford Mods, Thee Oh Sees, whilst also taking inspiration from several 20th century punk and post-punk bands such as Buzzcocks and The Fall.

The single features an angular, aggressive yet uplifting instrumental, combined with their trademark barked vocals, which poke fun at gloomy Manchester weather. This unique sound combined with an underlying commentary on mental health and the harsh reality of capitalist society creates a track that is exhilarating, honest, and utterly ruthless. Front man George explains: “No matter what position you’re in, it seems like there’s always a bigger guy who wants to piss all over you and ruin your life. But sometimes rain is just rain, and you’ve got to learn to dance in it.”

In the spirit of Mark E Smith and Pete Shelley, George Unitt has that barking voice and comical lyricism that had us all hooked with The Fall and Buzzcocks, yet there’s an early Talking Heads feel to the whole song. Tinfoils are such a fun band, short songs, a DIY ethic and catchy as fuck quick numbers. They kick in with that earthy rumbling bass, tribal drums, dirty guitars and George’s unique whelping voice. Don’t think about Squid or Sports Team here. I reckon they’re ten times better. If the world goes back to normal they are a band you need to see live (they’ve already bagged a support slot with The Blinders). Comedy as fuck with no gimmicks or trying too hard. A breath of fresh air in these difficult lockdown times.