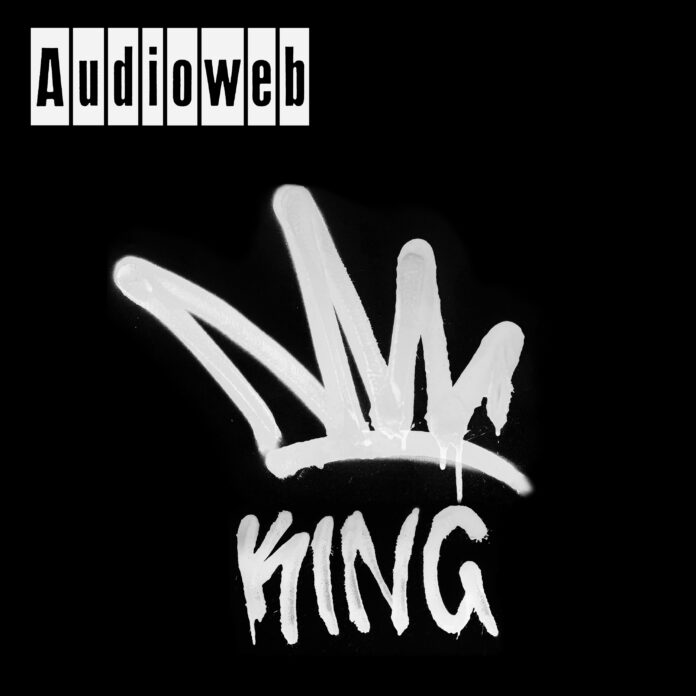 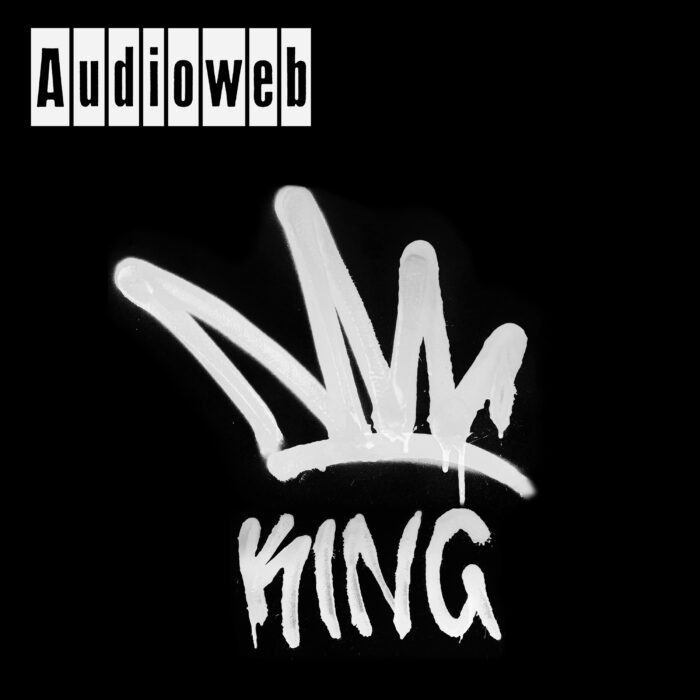 After 23 years since last recording material, Martin ‘Sugar’, Maxi, Sean and Rob AKA Audioweb return on top form with the magnificent ‘King’.

It’s a masterclass in solid production, a heavy dose of dub reggae with drums that explode in your ears, an echoing bassline that floats around your head and tickles the senses, overlaid with trumpets skipping in and out and a subtle guitar lick adding to the whole infrastructure. The floating dub effects spin around your headphones like you’re in an echo chamber. Sugar’s vocals are as strong as ever and I can’t say he’s back on form because he was never off it.

A welcome return and a taster of what’s to come. They don’t stray away from their original sound yet this sounds like a rebirth of sorts as the production is solid gold and sounds like it’s been produced by Tosh or Perry in a state of the art studio. It’s been a long time coming but this is probably the best period to get out there and show the new school how it’s done in the world of dub reggae / rock, soul and funk.

Back in the nineties Manchester was a melting pot of different styles straight after the fallout of Grunge and the Madchester scene. There were bands like The Dust Junkys and Black Grape ripping it up with their twang of hip hop and funk, layered with Manc humour and craziness. Audioweb were around at the time bubbling under the surface with their unique fusion of sound. First time I came across the band was watching Space at The Academy (I think) and they were supporting. Fuckin’ hell they were good. They just had that presence. A backbone of Robin File (guitar), Sean McCann (bass) and Rob ‘Maxi’ Maxfield on drums, all fronted by the multi talented vocals of Martin ‘Sugar’ Merchant. A band of working class brothers who had a mental way of fusing reggae, hip hop, rock, soul and funk. Well written songs that stood out from your normal. Take heed all you people who turn up at gigs after the support bands. They were Manchester’s hidden gem and shit all over many bands with their energised sets.

The proof was in the pudding…

Support slots with U2, Madness, Cast and The Stone Roses all followed and they eventually signed to U2’s Mother Records to release two outstanding albums that still sound rich today. And to top the fuckin’ carrot Maxi and Sean went on to become part of Ian Brown’s backing band on his solo tours with Maxi getting writing credits on Solarized. Robin meanwhile went on to work with Finlay Quaye and Congo Natty, while Martin went on with his SuperJamma project laden with reggae vibes. Not bad yeah? The only problem was back in 1999 they were lumped into a non scene. Too rock for the ravers and too rave for the rockers. Like I said earlier, this is the rebirth of a band that truly matter and are welcomed back with open arms…