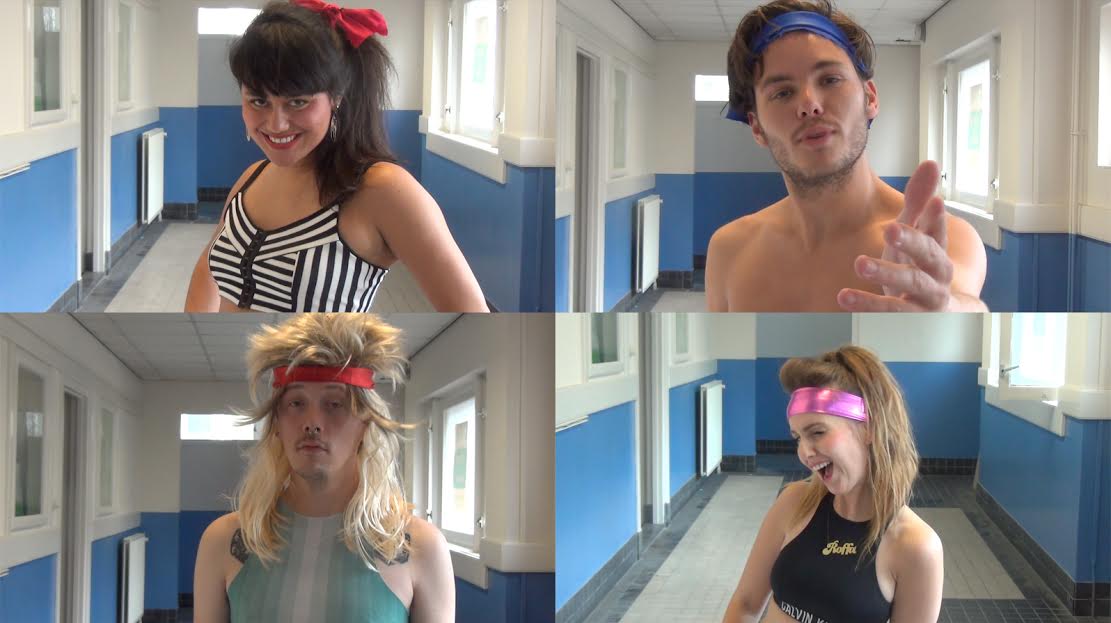 Louder than War has just been sent – to “premiere” we may add too – the new video for ‘Lycra Pants’ the title track on the new 6-track EP by Rotterdam/Amsterdam trio, Venus Tropicaux. Rotterdam is home to a number of tough-sounding bands over this last few years; we can mention The Lumes,  or Rats on Rafts (whose singer Mr Fagan, co-produces here, probably in the manner Barney did on Happy Mondays’  ‘Freaky Dancin”). Venus Tropicaux’s sound is lighter, and certainly more brittle than other Roffa outfits or acts like Manchester’s ILL, but the band certainly suck up the same fermented vat of attitude and charm, and spit it right back at you. The sound is sharp, witty and mercurial. 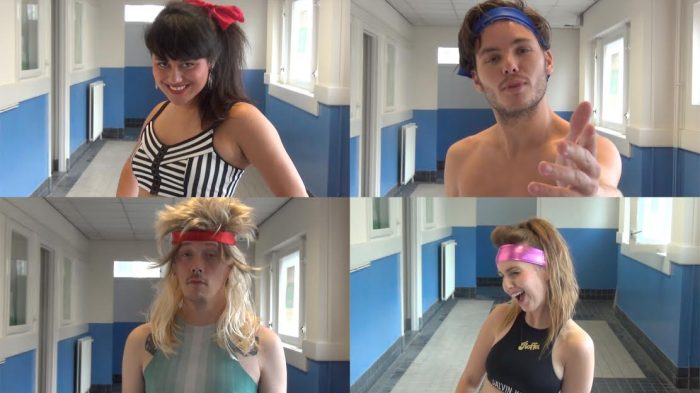 We’ve heard the EP too; a record that’s held together by pop attitude, guitar slashes and a street smart DIY certainty that could come from any time this last 50 years. Think The Shags, Swell Maps, The Spades, Litter, Au Pairs, De Nixe, you name it. Like the great John Dando Sedding once said ‘There is hope in honest error, none in the icy perfection of the mere stylist’. No shit, Sherlock.

When you get your mitts on this EP, you’ll note a certain pattern emerging. Tick-tick-tick go the drums, dumb-dumb-dumb goes the bass; slash-slash-slash go the guitars. That spindly guitar and that 2cylinder beat is killer throughout, mind and never fails to charm; especially on tracks like ‘Draw Me’ and ‘Nexta’. And listen to the bass part on Euphoria, which lopes behind the guitar part like some angry pissed off kid denied a McDonalds brekkie; sloping off to school behind mum. The singer screeches and wails and sometimes comes across like an extremely pissed off Kirsten Hersh circa ‘Run Tornado’. There’s lots of  rockaboogie here too, despite all the sharp post-punk angles. You could imagine Jerry Lee sneering over those ‘Hamburger Girl’ lyrics. Then there’s the vox trying to out-Slit the Slits on ‘Lycra Pants’. Lascivious and cutting. And “absurdly basic”, like someone once said of some other rocker and True Head.

Anyway enough waffle here’s the video. Again. Why not.

The record will be available through the good offices of Dutch alternative label, Subroutine Records.