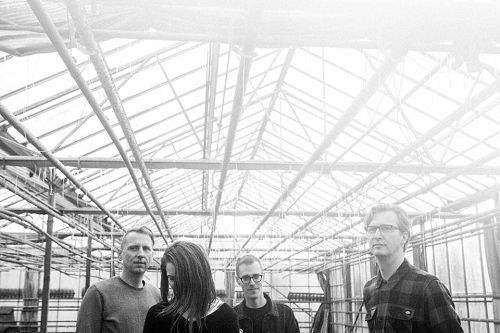 Word reaches Louder than War of more interesting developments in the outer reaches of the Netherlands’ punk / alt-rock scene. Rising from the ashes of the much-missed Space Siren (one of the Dutch underground’s truly great acts) HOWRAH are a new outfit who take that band’s love of obtuse, tough guitar rock and twist the sonic dial ever so slightly in a more streamlined, groovy direction.  The debut record’s on its way and is full of wiry, flexible guitar patterns, sardonic lyrics and some coruscating drumming. For now you’ll have to make do with this video of the all-too-short and coy track ‘ Vacuity’, filmed in one of the truly legendary DIY-underground studios in the Netherlands, Next to Jaap’s.