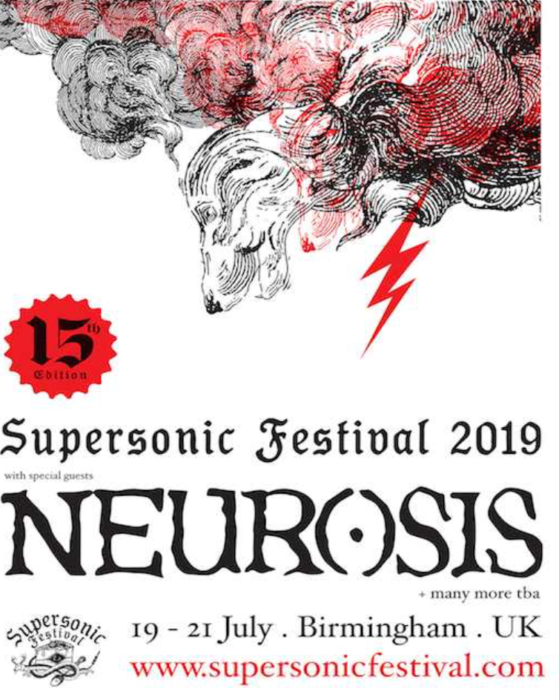 VERY SPECIAL GUESTc NEUROSIS TO HEADLINE SUPERSONIC FESTIVAL 2019,
THE 15TH EDITION 19TH TO 21ST JULY, BIRMINGHAM UK
TICKETS GO ON SALE TODAY
Supersonic Festival are immensely proud to announce iconic pioneers of heavy music, Neurosis as their 2019 headliners. Limited capacity weekend tickets on sale now, and many more acts to be announced in the new year.
Showing their discontent with convention from the very beginning, Neurosis revealed what would become an instinct for transformation in sound and scope. Over the collective’s past eleven albums and their utterly memorable live shows, Neurosis have invited listeners to join them on the path their music carved. Going beyond the remarkable, Neurosis have become unforgettable.
For over 30 years, Neurosis have relished in the unpredictable and embraced the unknown possibility of where the music was capable of taking them. For 15 years, Supersonic has been guided by the same adventurous spirit, and fiercely independent principles, playing host to groundbreaking musicians and artists from around the globe (from LCD Soundsytem, Anna Von Hausswolff, Holly Herndon and The Bug, to Goblin, SUNN O))),  Jenny Hval, and Godflesh, to Mogwai, Gazelle Twin, Moor Mother and Shirley Collins). Supersonic are delighted to fulfil a life-long dream in welcoming Neurosis to Birmingham next July.
Neurosis guitarist/vocalist Steve Von Till adds “Its been a long time coming, but finally Neurosis is teaming up with the folks at Supersonic for a special event in Birmingham, a holy land for heavy music. We have known Supersonic to be kindred spirits since we first met years ago to discuss our mutual commitment to supporting independent, emotionally intense artists.  Their lineup over the years has mirrored our own appreciation for eclectic sound with a depth of spirit and passion, creating a platform for some of the most interesting and inspired artists around. This is not to be missed.“
Supersonic Festival 2019 shall also run in parallel with a major Home Of Metal exhibit – celebrating the forefathers of Metal – Black Sabbath. This immersive exhibition will feature portraits from the Home of Metal Black Sabbath fan archive, historical photos, ephemera, and memorabilia sourced directly from the band members, joining the dots between music, social history, visual art and fan cultures to produce a new perspective on Heavy Metal. One that is celebratory, eschews notions of high/low art and joins audiences and performers together. 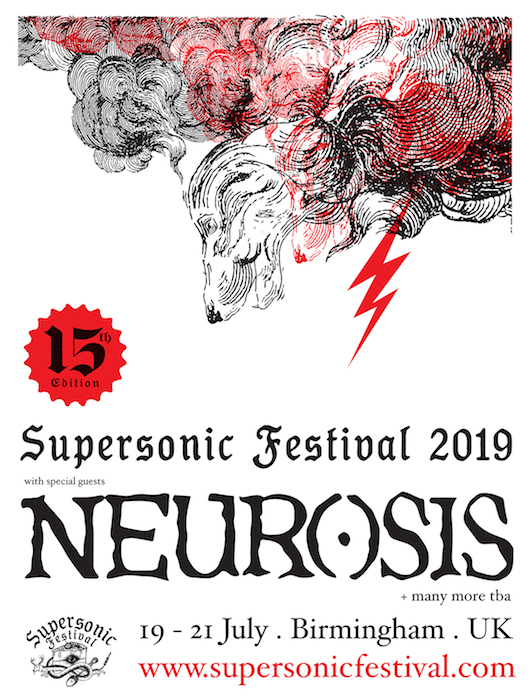