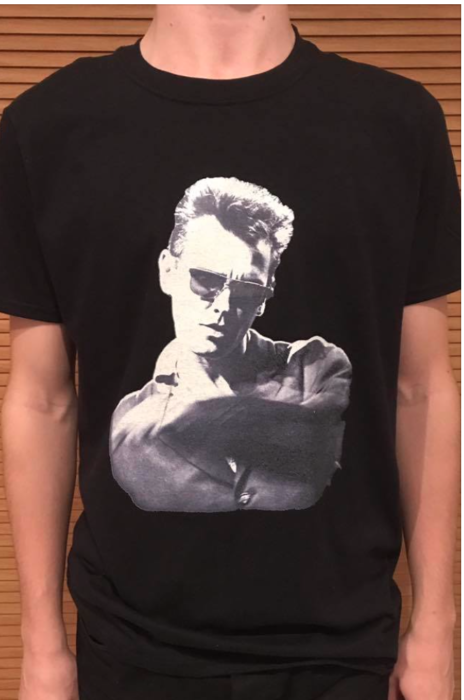 Just over 32 years ago (!) Alison Bell went to see The Smiths at Manchester’s Free Trade Hall to review them & take photos. It turned out to be The Smiths last gig in Manchester, as well as their penultimate gig ever!

‘I’ve been meaning to ‘do something’ with the photos for ages so ~ with the help of my good friend, Martin Holland ~ I’ve designed this T-shirt  using my favourite photo from the gig. If anyone would like one, please get DM me. Perfect Christmas present for that Smiths fan in your life

‘This is an original photo of Morrissey taken by Alison Bell at Manchester’s Free Trade Hall when The Smiths last played there on 30 October 1986. It was to be their last ever Manchester gig and penultimate gig ever! Craig Gannon played on stage with Morrissey, Marr, Rourke and Joyce. (Six weeks later they played London’s Brixton Academy, which was their last ever gig). Alison took a series of photos on the night, including this one of Morrissey, and reviewed the gig itself for the student paper, Pulp. The Smiths came on stage to Prokofiev’s ‘Dance of the Knights’ from Romeo & Juliet and launched into ‘Ask’. The set mostly comprised of tracks from The Queen is Dead and during the gig, Morrissey held up a double-sided placard saying ‘Two Light Ales Please’ on one side and ‘The Queen is Dead’ on the other. This image of Morrissey hasn’t been seen until now.