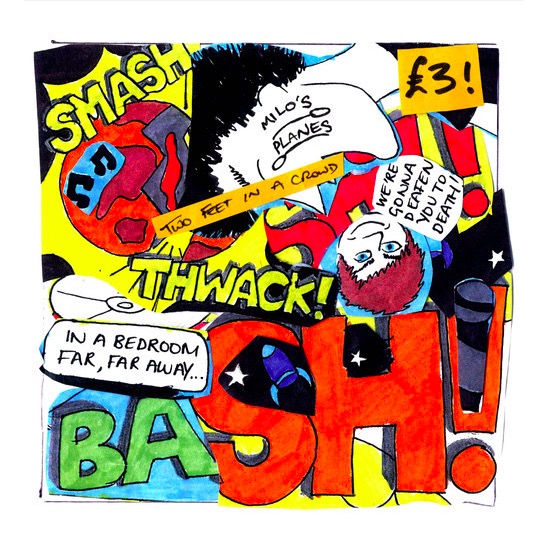 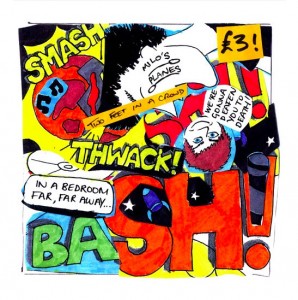 Back in July we introduced you to the brilliant Bristol band Milo’s Planes, a band fashioned in the style of your favourite SST / Discord artist with (to quote ourselves) “their Descendents referencing band name” making that clear – and their donning of Black Flag / Sonic Youth shirts making it even more so. Next year they drop their debut album and there’s every chance it’ll be their breakthrough release. By way of whetting the appetite for that release they’ve just unlocked a couple of tracks off it which can be downloaded for free and played on repeat over and over if you’ve any sense. Check them out and / or grab them for free below – and don’t forget to drop their name into conversations with mates so that this time next year, when everyone’s talking about Milo’s Planes as their favourite new band in 2015, you can remind them you were “on them way back in 2014, losers.”

Much like one of the trio’s favourite bands, Fugazi, Milo’s Planes keep it lo-fi and DIY, doing most of the work on their music theirselves. In a time when being a “bedroom band” means a bit less than it used to thanks to computers, Milo’s Planes hark back to what it used to mean to be a “bedroom band” by creating music that quite definitely isn’t all computer generated. They’re a traditional, noisy, guitar led band who ooze passion and evoke memories of lots of your favourite bands. Their songs have punchy, urgent melodies and are always leave you wanting more.

In short, we think you’ll like Milo’s Planes so check out the tracks below, download them, play them to your family on Xmas day (and your pets if you have no family) and bide your time for the release of the album. It promises to be a goodun.

All words by Guy Manchester. More writing by Guy can be found at his author’s archive. Guy tweets as @guid0man.