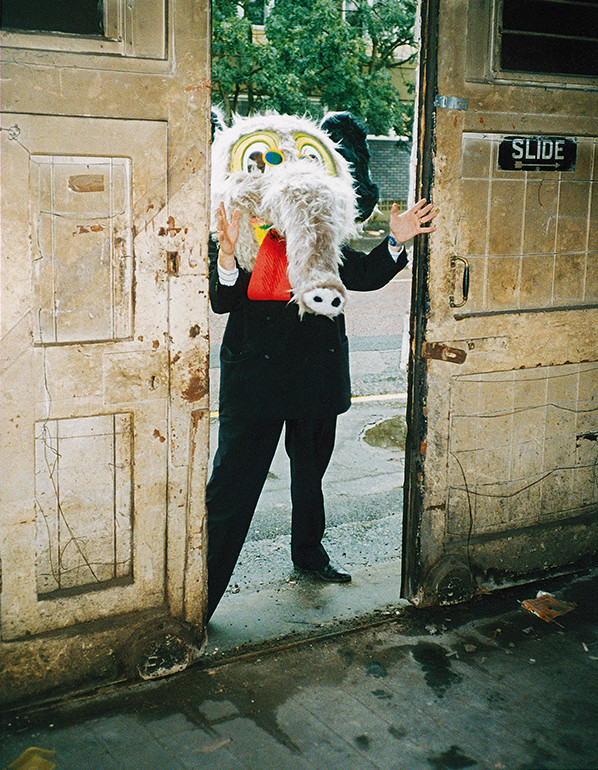 Ey up Joe, St Anthony launched last week at the old Granada studios and before you could say ’eminence cerise’, was No.1 in the official physical singles chart top 100 for both CD and vinyl… tell us about your own involvement please?

I was introduced to Mike Garry and his work a while back and it was suggested we might work together. So that meant me putting some music to some of his existing poems at first. The one we thought worked the best was St Anthony. The music is written for string quartet and vibraphone and is based on the New Order song Your Silent Face from Power Corruption & Lies (which is mentioned in the poem).

Is it the poem Mike has been performing for a couple of years now or are there any noteworthy changes?

Yeah, I think it’s exactly the same apart from a few words changed for radio purposes!

So who runs the St Anthony project and what can we expect in the way of releases and events in future? 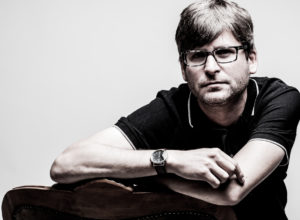 I don’t think any one person runs the project. Lots of people have contributed to it, though. My manager Ali Hudson came up with the idea and then Pete Jobson came up with the plan to release it on Skinny Dog Records for charity.
A whole host of people have then helped it along its way. As for other events, well there are always ideas going around…

Did you ever meet Mr Wilson, and if so what were your impressions?

Yes, I met him twice. Once when my mate Tim was editing the video for Happy Mondays’ Hallelujah, which needed doing in a rush for Top of the Pops, I seem to recall.
And then secondly when my band from the mid 90’s, Pullover, put on a private showcase for him as he missed a gig of ours. Guess what? He didn’t sign us!

How did the curator role come about at this year’s Festival No.6?

That came about after doing two little gigs with Tim Burgess and Rae Morris in the first year of No.6 and talking to Luke Bainbridge about maybe extending the sessions over the weekend.

How much of a free rein does it entail?

Well in terms of how I arrange the songs for the sessions, quite a lot. But obviously the set lists have to be agreed upon with the artists first.
In terms of which acts get to do the sessions well that is rather more complex. But I compile a wish list of the acts already booked and then the festival offer those acts the opportunity to work with me and the ensemble. Some take it and some don’t.

How many of the previous three have you attended?

I’ve been to all of them. Mostly working, too!

Were you a James fan before working with them?

I was a James fan a long time ago. Mostly early stuff and then after about 1990 I lost touch with what they were doing. So it was great to work with them three years ago with an orchestra as I had so much material to catch up on.

Have you ever been locked in a toilet in New York?

Ha ha, yes I have! By members of New Order 10 minutes before we were performing at Carnegie Hall. Bastards. Every single one of them!

Any chance of working with Iggy following that trip, a benefit which featured him joining New Order onstage?

I suppose we have in a round about way on the New Order album!

Are you happy on the whole with your behind-the-scenes low profile?

I wasn’t a drummer in bands without reason. Certain people are happy with the lead role and limelight but I’m not one of them. But even drummers have egos!

Would you like to plug your academic work or are the courses oversubscribed as it is?

I’m Professor of Music at Bath Spa University. There are always spaces…

Who’s your own favourite band and which artist would you most like to work with?

Tricky one, this. The band that means the most to me is New Order but for complex reasons. I love the National and Radiohead of course. But they both have people within that can do what I do. Which is a shame!

Festival No.6 runs from September 3-6
New Order’s Music Complete is out September 25 on Mute Records
https://www.saint-anthony.co.uk/ is widely available