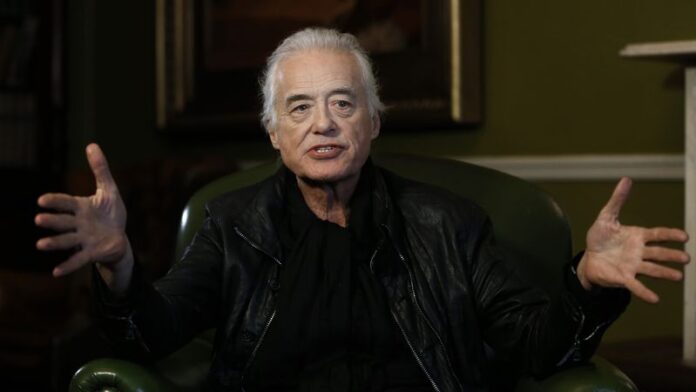 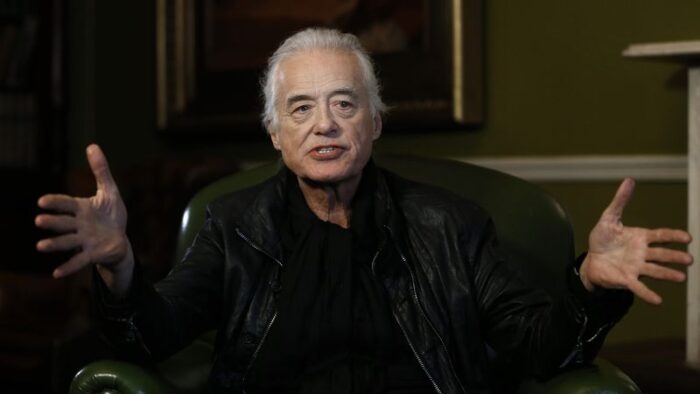 With the Led Zeppelin re-issue programme nearing completion – the re-releases of ‘Presence’, ‘In Through The Outdoor’ and ‘Coda’ are out next month – the band’s guitarist, Jimmy Page, has spoken to Louder Than War about the unreleased material that will finally see the light of day.

The guitar-heavy ‘Presence’ features the inclusion of ‘Pod’, a piano-led track starkly at odds with the music that made it to the finished album but the real interest lies in the expanded edition of ‘Coda’.

Originally released in 1982, ‘Coda’ was a mopping up exercise in the wake of drummer John Bonham’s death and featured eight previously unused tracks. The new edition, expanded to three discs, includes more unreleased material in the shape of songs such as ‘Sugar Mama’ and ‘St Tristan’s Sword’ as well as the much-bootlegged 1971 session where Page and vocalist Robert Plant worked with the Bombay Orchestra on new versions of ‘Friends’ and ‘Four Sticks’, here known as ‘Four Hands’.

“The idea of the Bombay Session was to go and work with the musicians there,” says Page after a playback of the tracks at Olympic Studios in south London. “They were the musicians from Bollywood who supplied India with its pop music. They were the equivalent of what I used to be in 60s: session musicians, and I thought it would be a really fascinating project to go in there and request the various instruments such as the shehnai, the serangi and the tabla drums and violins. I wanted to see what could be done.”

The results show Led Zeppelin’s more hypnotic and mystical side, a fact that tends to be overlooked in favour of their more bombastic moments even though the drones and alternate tunings were already in place since the band’s formation in 1968. Here, Page’s acoustic guitar blends seamlessly with the indigenous instruments as Plant sings over the top. The results are stunning and perfectly display the breadth of the band’s vision.

“I went over there with Robert and an acoustic guitar and pulled it together,” Page continues. “In the course of an evening we did two songs: ‘Friends’ and ‘Four Sticks’. The percussion was just so thrilling and once ‘Friends’ was done I wasn’t going to leave it there because the whole thing was really happening.”

So why has it taken so long to come out?

“It wasn’t appropriate to put it into Led Zeppelin at the time because it was 1972. Now is a great time to present that stuff.”

According to Page, the original idea was for the whole band to work with Egyptian musicians but the lack of direct flights from Australia, where the band had been touring, meant a stop over in Bombay.

“If we’d made it to Cairo, we’d have seen if we could have recorded with the orchestras there. It was a great idea but there was no infrastructure to do this sort of thing. You know, it was ideas and you try things out,” he says.

Also of interest on the new edition of ‘Coda’ is a previously unknown early, and radically different, version of ‘When The Levee Breaks’ that closes Led Zeppelin’s untitled fourth album. This earlier version, recorded at London’s Island Studios in November 1970, is a far funkier affair that barely hints at the power and menace of the final version. Page says that the track demanded new attention once he’d assessed the sonic possibilities of John Bonham’s drums after they’d been sent up in the dilapidated environs of Headley Grange, a former poorhouse turned that was used for recording.

“When we got to Headley Grange, the drum kit was set up in the hallway, even though we weren’t recording in the hallway – we were recording the equivalent of the main sitting room – and the minute I heard the drums I said, ‘This is it! Let’s do this other number! Let’s go back to ‘If It Keeps On Raining’’ because I could just hear it in that room,” he recalls and smiling at the memory. “Most bands would’ve left it as it was but all the time we were always thinking about the music and not wasting time. The sound of ‘When The Levee Breaks’ is such a character sound; it’s just iconic.”

Having finally reached the end of the re-issue campaign, Page is proud of the results. With no plans to release any more live albums, his focus has been on presenting the studio side of the band, hence the release of new material and various works-in-progress.

“With all these re-releases, and the fact that no one knew that ‘If It Keeps On Raining’ even existed, it’s great to present it so everyone can enjoy it and get an idea of the creative process, and the moving of the recording, and the mutating and so on. The history of it all that’s on these companion discs is the key to these re-releases.”