Home Campaigns Exclusive: Fox Hunting Rumoured To Be Getting Debated Again In Parliament 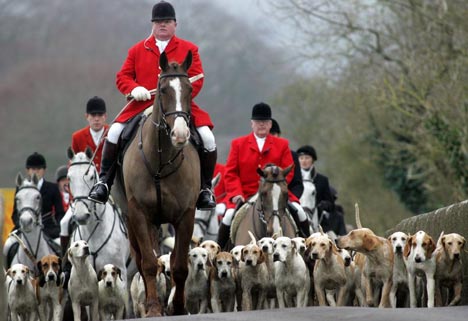 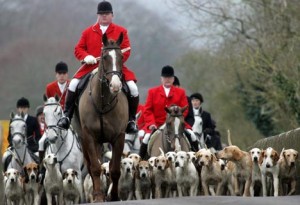 In a case of what should be ‘the unelectable hunting the ‘undelactable” those beastly cads, the Tories, are attempting to sneak fox hunting back into law. There are rumours of a debate in Parliament in the next few weeks under some sort of pretext to bring back hunting foxes with dogs because that’s the way our ‘betters’ like to do things.

Fox hunting must be one of the most convoluted forms of so called pest control known – where the pests are hunted by grown ups dressed in outfits and aided by gangs of dogs – an activity that if it was performed by gangs of bored kids in cities would never be made legal or debated in Parliament and one that seems like a relic from a different age.

In the light of Tony Benn’s death the word radical was thrown around like confetti as stuff like being against nuclear meltdown or, in this case, tearing animals apart with a pack of hounds was somehow normal and being against this was somehow ‘radical’ even if 80 per cent of the UK population agree that this ‘sport’ is a relic from a barbaric age. The 80 per cent also probably sometimes wonder why street bloodsports like bear baiting and dog fighting remain banned but the toffs day out of ripping foxes apart seems to always be up for debate in a Parliament which seems to have nothing better to do.

The latest rumour about Parliament maybe trying to sneak fox hunting back through is on the following link.

Basically at the moment a farmer can use two dogs to flush out a fox and shoot it, if they’ve made the case that it’s to protect farm animals. Welsh hill farmers are saying this isn’t enough, and the proposed amendment to the Hunting Act will allow them to use up to 40 dogs. They say it’s because of the lambs, but really it’s driven by men who hunt foxes on foot with guns. In Scotland they allow this many dogs, and it’s meant that there have been no hunt prosecutions at all, because it’s so difficult to draw a distinction between flushing out and hunting with hounds. They can say they were just trying to flush it out, but then it ran off and they couldn’t stop the hounds…

On Thursday it was announced that a statutory instrument (SI) would be debated soon in the main chamber, but the Minister wouldn’t say what it was about. They’re usually dealt with in small committees, so it looks like something out of the ordinary…it could be anything but there are some who feel that it could be hunting back on the agenda. There are strong grounds to believe that we’re approaching a showdown. Cameron promised his troops it would happen, and they can’t leave it too close to an election.

If hunting was raised in Parliament again then it’s going to be a very close call this time. There are 26 Tory MPs in Blue Fox, which is anti-hunting, all but Kate Hoey on the Labour side and most Lib Dems, so the anti fox hunters could just about win…. But if they do it through this SI and say it’s not about reversing the ban, it’s about helping Welsh hill farmers, then some Lib Dems and Tories might peel off… The move is being jointly led by Simon Hart, a Tory MP who used to head the Countryside Alliance, and Roger Williams, a Lib Dem MP who is also a Welsh hill farmer.

Surveys show around 80% of the public don’t want the ban reversed, and those figures don’t differ much between urban and rural, Labour or Tories. But those Tories who really do want the ban lifted are absolutely fanatical about it, and Cameron had to keep them happy…