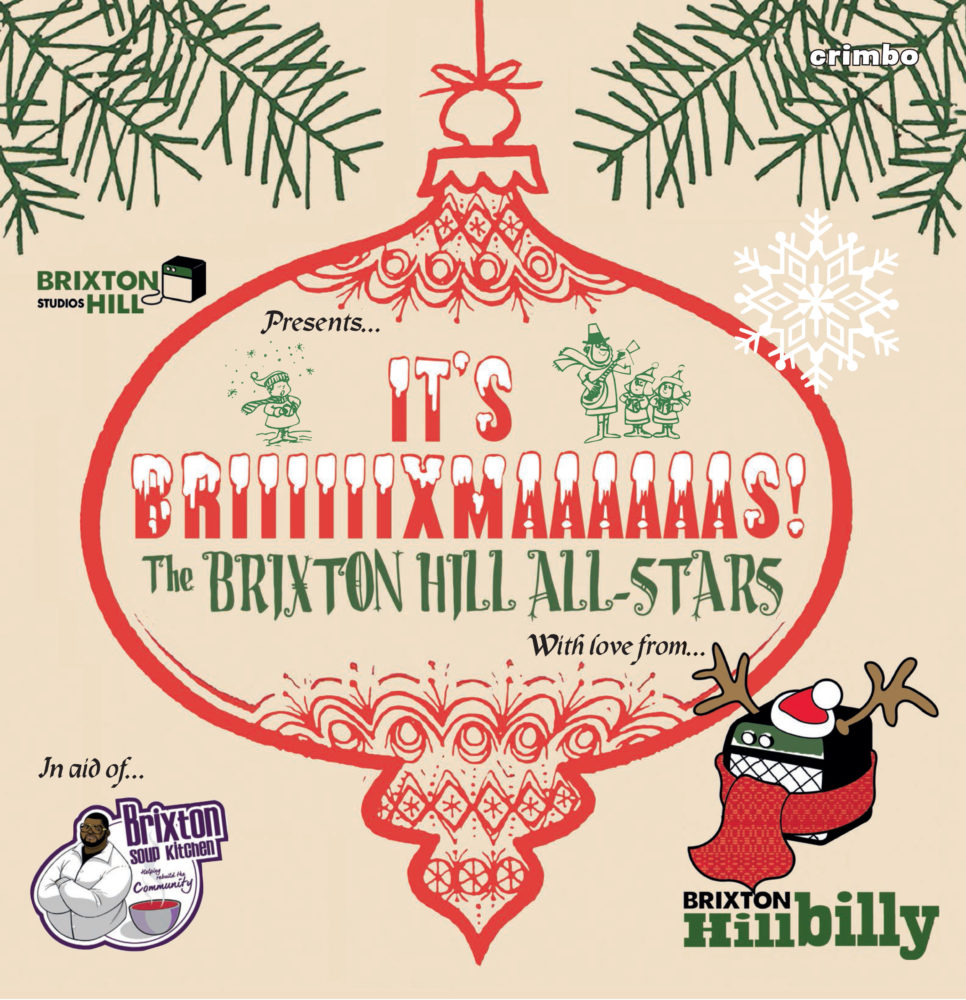 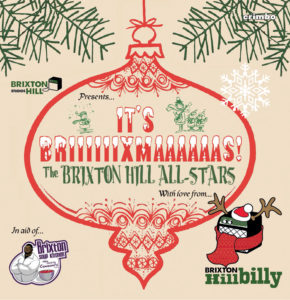 ‘IT’S BRIXMAAAAAS’ is released on Vinyl, CD and Digital on the Brixtion Hillbilly label on 9 December 2018.

Remember Bad Parents – who I introduced you to almost exactly a year ago?  They supported Peter Perrett on his short tour in 2017 and were as captivating live as I expected when I wrote about them . Well, this is the first taste of new material from them … on the coolest  Xmas Charity Comp you’ll hear this year.  Here are the details:

The album is the brainchild of Stephen Gilchrist, a seasoned session drummer for the likes of Graham Coxon and The Damned, bassist with Hot Sauce Pony and owner of Brixton Hill Studios where all the bands rehearse or record. Situated a couple of doors up Brixton Hill from the Windmill venue, the studio is a lynchpin of the Brixton music scene, and Stephen felt it was time for local musicians to support the work of Brixton Soup Kitchen, which has been helping the area’s homeless since 2003.

“Considering this is becoming one of the richest boroughs in the country,” Gilchrist said: “it’s very upsetting to think that we still need soup kitchens and food banks.”

Though differing in style and mood, from the emotion-drenched Black Midi/ Jerskin Fendrix collaboration ‘Ice Cream’ and solemn sounding ‘Christmas In Prison’ by Hot Sauce Pony, to the playful and irresistibly catchy ‘Christmas Present’ by Bad Parents, the six tracks are unified by their heartfelt and un-ironic embrace of the Christmas song as an entity.

Here is the  Bad Parents track…

“Christmas Present is a song that we’ve had in the bank since Xmas 2016 and it’s just been crying out for a soup kitchen charity album to be a part of. So when Stephen asked us if we’d write and record a single for the Brixton Hill Studios Christmas project we already had half the battle won. It is a nod to one of our favourite songwriters in the world Christopher Owens who we were listening to a lot in 2016. We had a lot of fun while recording it, and it was great to have Stephen playing drums on the track.”

And the full tracklisting…

.…AND VINYL AND CD HERE