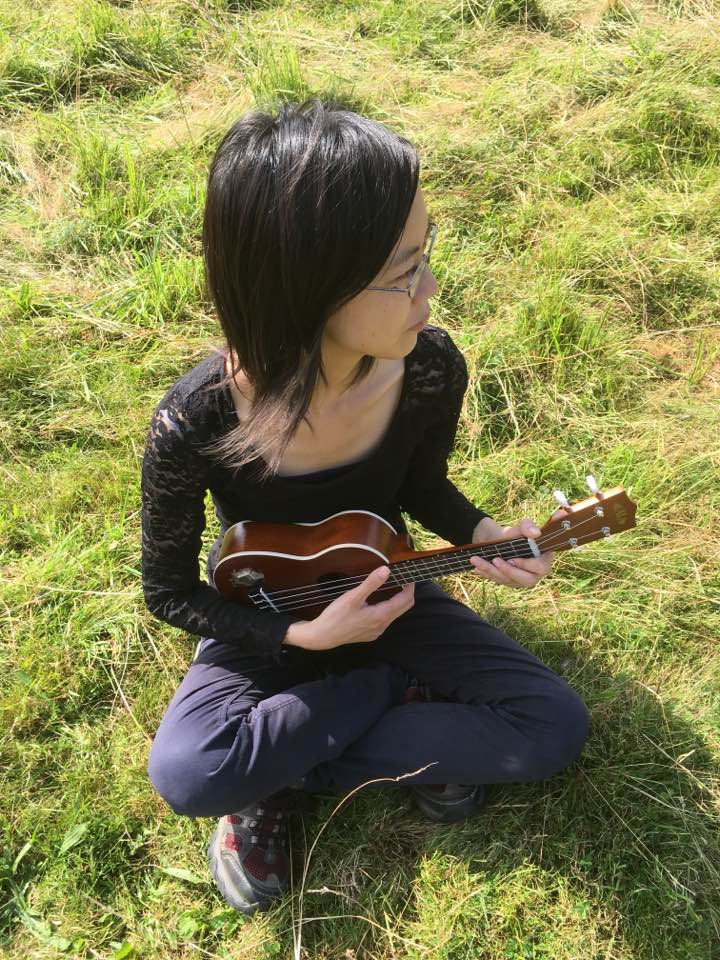 Karen Chung is a musician who describes her work simply – ‘A girl and her ukulele’. Yet to listen to her brand new single ‘Heartbreaker’, is to shatter any prejudices we may have about this kind of sound.

Chung’s sound speaks directly; that it’s about time that the ukulele stopped being treated as a ‘novelty’ and was regarded as a plucky and potentially highly emotive instrument. A catchy melody is topped with emotive lyrics – and considering that Chung’s influences range from the classical to indie folk/rock like Beirut, Camera Obscura, and The Magic Numbers -this is a modern take on an older school of music.

She shows this in addressing the old issue of ‘heartbreak’ in in a new way; using the ukulele to focus on the pangs of feeling between a mismatched couple. In sharp strikes after each line of lyric, the ukulele shows that it can be an effective stand-alone sound, and not just a rush of noise.

The ukulele is stand-alone powerful, but does not risk becoming a solo-gimmick either, as after the first verse, there is the surprising entrance of the violin, played poignantly by Gareth Dicker.

A further layer of maracas, with a warm echo, add to the unexpected – and yet it is pleasant. This percussion from Hubert Gaudreau-Simard, who also plays a key role in recording, mixing and mastering the track, allows the tune to develop its pace and keeps the listener focused. Focused on the dualities of love; the exploration of coupledom… and how it cracks.

Originally from Montreal, Canada, Chung moved to Manchester to study, staying for about 3 years – during which time she took up the ukulele in May 2013; and that she is a recent beginner at the instrument lends her sound a certain welcome edginess. For example, she doesn’t shy away from using contrast effectively as the song develops, for when the chorus focuses on the ‘heart’, the number of instruments striking the rhythm increases, but as do the syllables of the song – so a mood of uneasiness is evoked.

Chung’s voice has a guttural harmony, reminding me a little of Florence Welch, contrasting particularly well with the smooth, seeping sound of the trumpet from Annamaria Dosseva, sliding into the track like we assume the relationship it is describing to be sliding closer to instability.

Instability in relationships is a key theme explored by the song. The sound at times borders on the celebratory, with influences of motown and soul seeping through in the trumpet’s sound, yet the lyrics are moodier– the theme of possession us maintained – as the voice describes a lover inclined to ‘take’, ’push’ and ‘play’. These are base sensations which can be brutal or can be powerful – it is subjective – and the bold- slap, slap, slap of the ukulele , emphasize this. Emphasizes what? That some people may look and sound outwardly innocent but inside they are capable of having a powerful emotional impact. And that’s what a real ‘heartbreaker’ does – they distort our idea of unity. And it hurts.

‘The immersive property of music’

This is sound with more sides therefore than you may first think. Chung is an artist who appears to appreciate its ability to create a different experience for every listener – the immersive property of music – something she experiments with herself, often playing acoustic sets in outdoor locations. ‘Heartbreaker’ itself has been performed at At Dolbadarn Castle in Northern Wales in an Acoustic Travel Session, showing that this is music which reduces distan 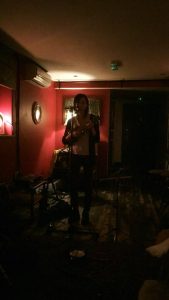 Chung takes to another medium to show us this too: a music video for the single. What particularly interested me is that although she is based in Canada, where the track was recorded, the video is filmed in Manchester, capturing the contrasts which works so well in the song.

The indie-acoustic vibe and subject of love is well-addressed whilst not overdone, for alternate perspective is even shown through the unfurling of lyrics like ‘Don’t get your hopes up, she’ll take them from you./ She plays with your mind, boy, she pulls you in.’ Here ‘hopes’ and ‘mind’ are presented as objects – showing how emotions can connect us to environment.

‘Humans can tame the elements – can they equally control their feelings?’

Directed by Francesca Sophia, the video quickly draws parallel between the human and the elemental – these are hard human appetites – flames wavering, and eyes wavering with emotions. The opening scene is a bonfire, cleverly illustrative of the concept that humans can tame the elements – but the question is, can they equally control their feelings? The angst between the couple in the video, powerfully acted by Pat Gaffney and Karen Chung herself, grows, just like the sound of the ukulele in the song becomes bolder. I also find the contrast of shadow and light, provided by the bonfire, particularly profound.

The camera contrasts from the narrative of the couple, to Chung playing the instrument – showing again that the ukulele is capable of creating moodiness. After all, sounds shift, moods shift, setting shifts – and the video grows in intensity too – taking the viewer through the settings of the on-screen couple from bonfire to living room, from bar to bedroom – each becoming more intense and in a way artificial. It suggests that heartbreak is caused by shifting life scenarios, not just single individuals.

Therefore the track and video, restring, as I mentioned earlier, the conceptions we can have about love. The lyrics emphasize the visual ‘Never look back, and you can’t see that she’s hurtin’/Take one last look, boy, cause you’re breakin’ her heart’, whilst their expression – with a country-style clippedness of words, implies that something is not fully complete. It captures the sensation of looking at someone but not really seeing them, looking for love without truly finding it. The contrast, cruelty and creativity of ‘heartbreak’. Chung’s music takes us on a trip through it, and that requires real musical force.

For more information about Karen Chung, you can visit her Soundcloud and also her Facebook page.