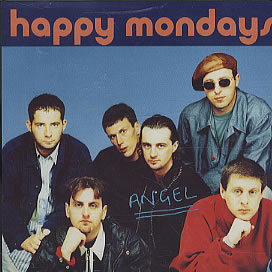 Excess All Areas has a back-story which took the swag of the Stones and the shock and stubbornness of the Pistols and played it against the backdrop of Manchester’s late 80s Acid House explosion. Even though Happy Mondays came way before acid house arrived, it’s an era which not only defined them but also crowned their position as one of the most unique and exciting British guitar groups ever.

It’s also a story which was only ever really told by Shaun Ryder and his co-accused Bez, through their outrageous collection of sex, drugs and rock ‘n’ roll tales that powered the media circus around them and the band, and which both excited the kids and outraged the establishment like all the great musical back stories should do. But from a group of six members it’s all the fans have ever had to go on so far, in terms of the band’s roots, mindset and all round history.

Until now, that is, as drummer Gary Whelan, guitarist Mark Day and bassist Paul Ryder finally set some records straight.

These three players, who went on to inspire a generation and who sound-tracked an era with their own unique styles, for the first time give their own side of the story in author Simon Spence’s upfront and honest new Mondays biography, due to be released on the 30th of October and titled ‘Excess All Areas’.

Simon Spence is the first author ever to get a nod from the whole band themselves to record their memoirs for an official book, as opposed to the many rogue biography’s that have been released down the years. Though Shaun’s recent biography was a good read and eye opener, it was more about him than the band. Bez’s book was also very entertaining, although it did read in places like wacky races on E. But it’s via the more detailed and balanced comments of the other group members themselves, who experienced the same journey as Shaun and Bez, but from a slightly different perspective, that we’re offered a more rounded summary of the Happy Mondays history.

Working through a round of long distance phone calls, Spence talked to drummer Whelan who at the moment lives in Toronto, bass player Paul Ryder who lives out in LA and guitarist Day who today helps teach kids play guitar in schools in and around Manchester – and collected their recollections, thoughts and feelings about the band’s image, achievements and eventual fallout into this book. 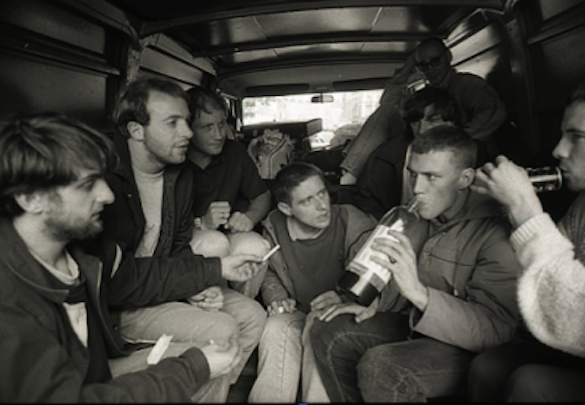 The book also offers new info into the making of the music and helps explain how the band worked on those albums, as well as how they got into those John Cale, Martin Hannett and Paul Oakenfold studio sessions. It also includes more personal views, like what were their greatest and lowest moments, what did they really think of each other and what was it like working with Shaun and Bez.

The story is presented in three sections, three stages, which seem to define the group’s journey, growth and music; ‘Pure Boys’, ‘Madchester’ and ‘Stardust’.

Below are a selection of comments taken from the book.

‘Pure Boys’ – details how the band initially formed around Mark Days Attic, how they wrote their first tunes, playing their first gigs and built the band.

It’s as early as page 5 that Paul Ryder sets his stall out, stating his bewilderment at the tales his brother would come out with as the group found acclaim.

Paul Ryder – ” I was thinking about how many lies and exaggerations our kid has said over the years. Maybe it’s something to do with being a lyricist and a character, or is he acting. What he describes is a completely different childhood to mine and from what I saw of Shaun’s was completely different from what he describes. He started saying things in the press, and it became ‘Wow, you must have been really troubled as a kid’, but it wasn’t like that”

Though they all keep it 100 by also pointing out Shaun’s talent for song writing and stage presence. While Bez is acknowledged for the confidence and unique vibe which he brought to the Mondays live show, this time Paul comments on brother Shaun taking the front-man role and making it his own.

A diary entry made by the guitarist around that time points to the friction that was to later come:

Mark – “The band’s first band practise for the year. The singer is too good to practise. Paul D, awkward bastard, refused to change voicing on keyboard. Horse lost his temper – another punch up. I had to intervene. Gary said he wanted nothing to do with it. I will have to go into extra training as it’s going to be a rough year for the Happy Mondays.”

…and Gary Whelan remembers the time they all squeezed into Mark Day’s car to listen to John Peel introduce ‘Kuff Dam’ from their recently recorded live session.

Gary – “We were all quietly stoned, the song finished, we all looked at one another. We were quite surprised, and said ‘Fucking Hell, why can’t our recordings sound that good.”

But as Wilson once said ‘it’s urban, it’s exciting’ and he picked up on their unique sound as well as image. The first section covers them joining Factory. As well as the band’s crazy first trip to the US, which turned into a crazy crack finding mission rather than a legendary New York gig. A signal that the fun and chaos had already started.

‘Madchester’ – a section which covers the band’s rise from first album to second, recording some of their greatest ever work, for the album Bummed.

Gary – “Me and Paul had to go pick a hire car up then go and pick Martin up in Chorlton, we were told Martin was a bit nervous and all he requested was that we didn’t get a red car or a Ford”…naturally when Whelan and Paul went to the car hire company they asked for a red Ford. When they arrived at Hannetts House, he opened the door, looked at the car and burst out laughing, saying “Oh, were going to get on fine”.

Paul Ryder recollected the reader’s wives snapshot which adorned Bummed, produced along with the colourful and creative album artwork by Central Stations Matt and Pat Carroll.

Paul – ” I burst out laughing when I saw that, It was typical of Matt and Pat to do something like that , it gave the record a tinge of illicit thrill.”

To the gigs which were starting to multiply by the 100’s, when in ’89 they became the first band to play the 2000 capacity free trade hall, a gig which Bez just couldn’t get stoned enough to calm his pre-gig nerves, but once on stage it all just kicked in…

Bez – ” I knew as soon as the music started up that I’d taken too many drugs, By the third tune I’d completely lost my body – something bigger than me had taken over control of my arms and legs.”

‘Stardust’ – the book also gets into the good times, when the band musically were cooking on full gas. No more so when they went to LA to record their most complete album ‘Pills Thrills and Bellyaches’. The LA weather and easy lifestyle, as well as hooking up with Oakenfold and Osborne, would bring the best out of the band and also giving them a break from the in house tension which had continued to build up over the years…

Mark Day – “It felt good, though we were carrying a lot of baggage by then.’

“A different way of working, the other two albums hurt my ears a bit, the tone wasn’t right on the bass. This one was a real clear production, easier on the ears. Oakenfold was great at getting those loops I wanted but as for everything else it was always Steve (Osborne), he really helped with the arrangements, something we were not very good at”.

Steve Osborne himself was also buzzing off the sessions, tipping his hat to Mark Day’s unique guitar work…

Steve – “He came up with amazing riffs, but it was more than just the melodic guitar lines that buoyed the songs – and in some instances defined them with the textures and moods he seemed able to create.”

To the very end, as Shaun walked out on a last chance deal with EMI for a ‘Kentucky’, and left with a rather big bill from the taxman, Gary, Mark and Paul decided to make it down to rehearsals rather sharpish before their instruments and equipment disappeared in the name of heroin.

Paul – “Everyone was just running into the rehearsal room and grabbing what they could. We owed tax, a load of money for equipment, hire of the rehearsal place and we all had mortgages to pay, but there was nothing left … I was back at my mums, back in my old bedroom thinking ‘how did this happen’.”

This left Whelan no choice but to get down the dole centre and ‘sign on’.

Gary -” I didn’t want to but I had a house and I couldn’t afford the mortgage. I heard someone 3 people behind me saying ‘Fucking Hell…its a bit of a comedown for him.”

Excess all Areas comfortably takes the mantle of ‘official’ Happy Mondays biography, and that’s despite the absence of Shaun and Bez’s contributions; in fact it’s that very reason why the book’s a must read for all Happy Monday fans. We’re well versed in Shaun and Bez’s thoughts on the Mondays, this time it’s the band who do some talking.
Though there’s also comments from former Mondays managers Nathan McGough, Phil Saxe and the Ryder’s father and fierce supporter Derrick. The only absence, though, is keyboardist Paul Davis, aka PD, who, after the Mondays first reunion tour of 2012, never returned. Maybe he thought the dole was still the better option than working with Shaun, who today’s friendly day-time TV persona has seen him start to win over some of the same critics who slammed him during the Mondays heyday. But it’s within the pages of ‘Excess All Areas’ that you actually get the chance to read how a tight-knit gang of lads like the Happy Mondays originally were, can slowly implode when the money and fame arrives.

So hold on to your hats because this is surely the Mondays biography we’ve all been waiting for, and it’s about time too.

~
Order your copy of Excess All Areas at Amazon.