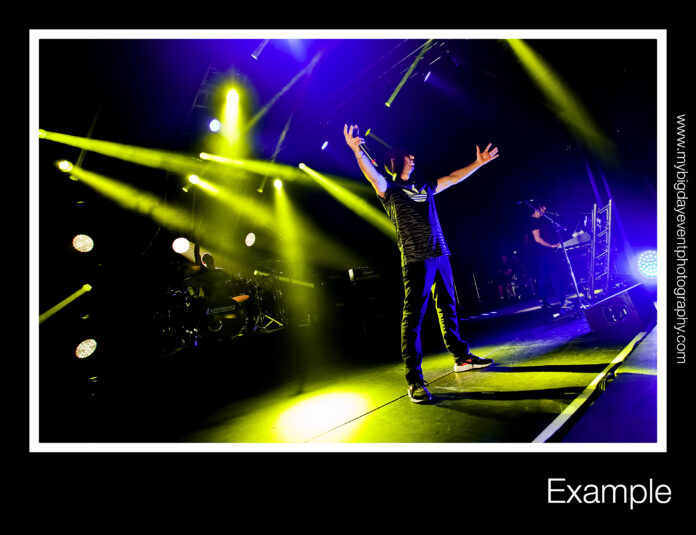 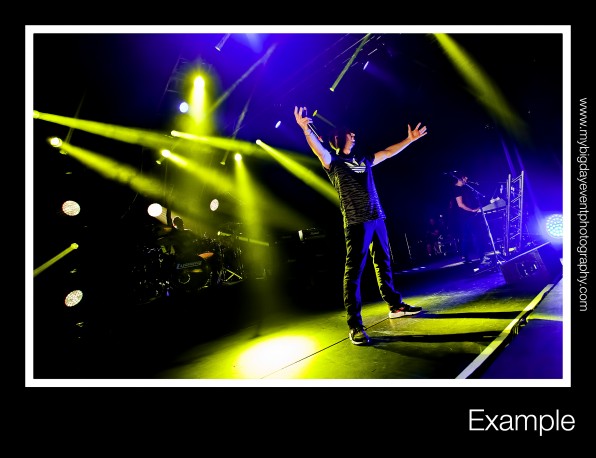 Example delivers an exhilarating set on the second date of his current tour in Grimsby. Amy Naylor reviews for Louder Than War.

Sunday night in Grimsby. What more suitable time and place could there be for a meeting with one of the leading exponents of British hip hop, and with the audience pretty well pumped up by supports DJ Delta Heavy, the Auditorium is already filled with more energy than it’s seen in a long time. And that’s before the main attraction has even started his set! 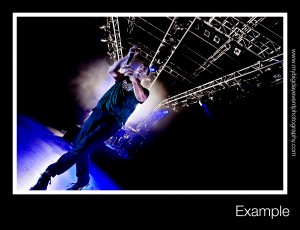 As Example runs onto the stage, every arm in the crowd lifts, everyone screams, every phone is set to record. He opens with the stomping Stay Awake from his chart topping, platinum selling 2011 album Playing With Shadows and the crowd roars with excitement.

Segueing into the next song with a guitar solo, the supporting band members give it the whole pop-punk jump thing, creating an exhilarating visual performance.

It’s nice to see that they don’t just rely on the light show. Although that in itself is enough to keep everyone happy!

With the new album having been released back in July this year, the adoring fans have had plenty of time to learn every lyric in his newest songs, which take a large part of the set.

He teases the audience about Monday morning hangovers and thanks the crows for coming out when it’s a schoolday in the morning. Later in the set he also takes the time to dedicate a song.

“I’m gonna dedicate this one to a little guy over there,” he says, pointing into the audience “he’s called Lucas, it’s his birthday, he’s 14.” And he bursts into Kids Again, another new one.

He finishes rather abruptly but it takes no encouragement to get him back on stage again to end on the classics. We’ll Be Coming Back, Kickstarts, Natural Disaster and finally, Kiss Me fill his encore with massive energy and the night goes off with a bang.

He certainly saved the best til last.

Amy Naylor is a musician and music writer. This is her first piece for Louder Than War. Her music can be found on SoundCloud.

Pictures by idp. More work by idp can be found in his Louder Than War archive. His photography website is here and his photo blog is here.