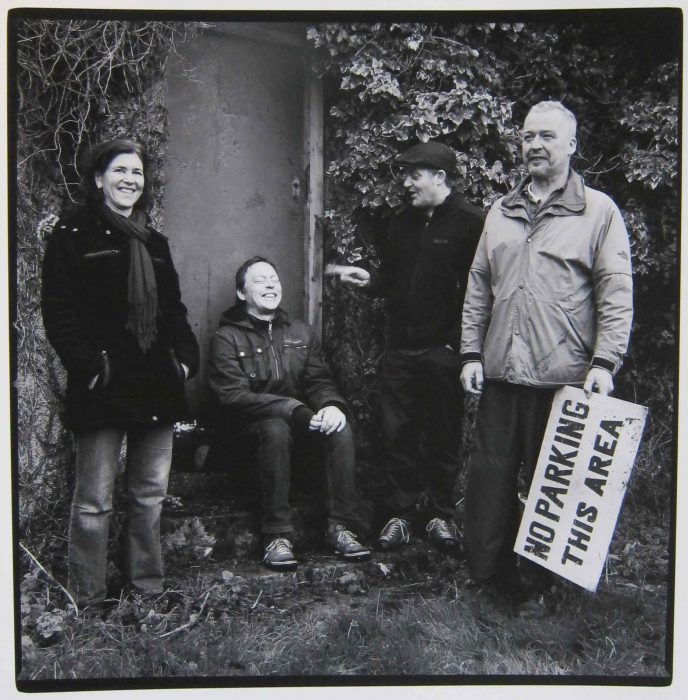 The gig is, of course, wonderful.

The band are bouncing around in a joyous deconstruction of rock music, hitting their guitars and flying around the stage and electrifying the packed audience in a celebration of just what can be done with so called left field music. This is not a stern display but a celebration of the joy of sound.

Decades in and the Dutch punk experimentalists, The Ex have got this clanking, grinding thing down to perfection. They sound so instinctive that they have moved beyond mortal music and into one of those rare places where they own their own sound.

Their nearest relatives in post punk were birthed with the same kind of abrasive guitars, dislocated rhythms and intoned vocals – only The Ex have taken this somewhere else and criss crossed it with African music and other unlikely flavours without ever losing their own focus and sound.

Tonight has a context. The ATP festival that was meant to be held in Manchester this weekend finally collapsed leaving ticket holders in the lurch and lots of foul tempered muttering about the festival. Ticket hilders were left marooned in the city but riding in to save the day are the Ex packing out a dreaded Sunday night show and reminding everyone of what the pure undistilled spirit of the MUSIC of ATP is about.

And if there is one band who can stake a claim to the joyful innovation and idiosyncratic music that breaks barriers and shape-shifts to where it wants to go it’s the Ex. it’s like everything that is great baout ATP scrunched up into one band. If you ever wanted to explain to someone what ATP used to be about beyond the collapsing festivals it is the EX – this is the joyous side of the cutting edge!

Of course the band have their own history. They came out of punk and went on their own journey. They were house band of the Dutch squat scene and documented and soundtracked those struggles before setting out on their own long journey in creative brilliance. Their album releases fill up shelves and show a band that is constantly teasing its sound and in 2016 they have honed this down to perfection.

This is a sound that is built around the ever powerful polyrhythmic drums from Kat Bornefeld a mixture of rhythms that are beyond the clomping 4/4 of rock and incorporate the stunning, shapeshifting rhythms of African music morphed into a danceable whole. The Ex may play complex but they make it so danceable as the pounding floor attests. The town guitars of Andy Moor and Terrie Hessels thread in and out of each other with a perfection – they trade lead lines, bass lines and those incessant scratching, scrapping rhythm scratches that are the key to the band’s engine room and provide the platform for vocalist Arnold de Boer to add his melodic voice and guitar lines to.

That they somehow make this so addictive is the key – many bands have attempted this noise rock fusion but few have added the gift of life to it like the Ex. Their music could be serious but it’s brilliant party music. It’s serious and fun – no wonder they have became so popular on the undergound. Tonight’s audience is far more youthful than it should be. The Ex may have beena round for decades but they are only just starting…