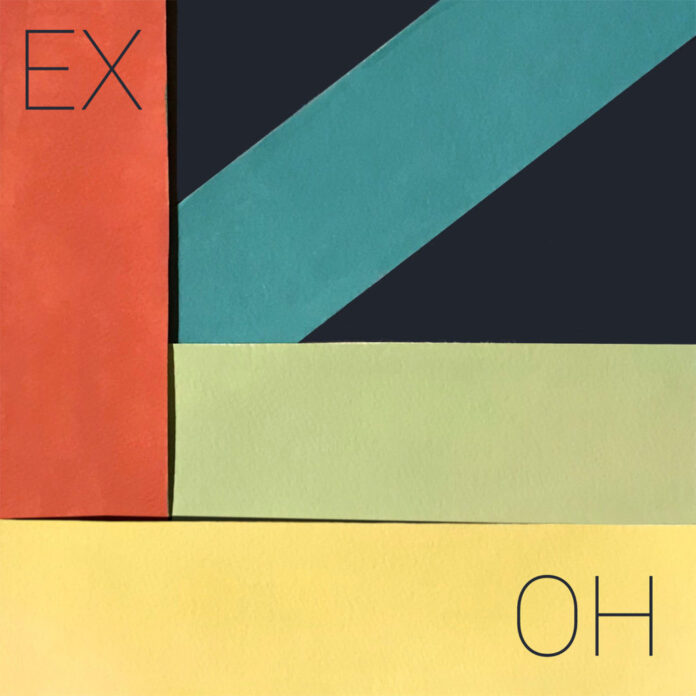 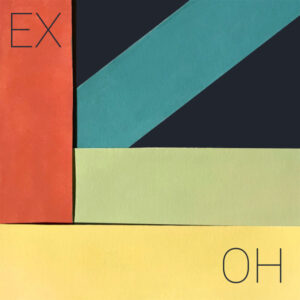 EX OH’s debut album opens with a simple bell chime – it’s a subtle sound that still acts as signals an arrival and an invitation in.

Whilst in many ways this is a perfect introduction, it doesn’t necessarily stay this accommodating for the Hudson Valley duo, with opener Love And War being a lament on a sour, brutal relationship delivered with an almost deadpan bitterness. It’s a brooding introduction, evoking scenes of walking empty streets with a full head. This slow burn opener instantly reflects an act capable of many thing things – a pop “knowingness” mixed with a sense of underground coolness. So, what should we expect from this debut album? That can almost only be posed as a rhetorical question, given the refreshing difficulty of pinning EX OH down. Founder Jerry Handler has a history of musical explorations behind him (The Blam, Wave Sleep Wave, Flugente and Arranged Marriage NP) and their fantastically insightful social media shows their diverse library of listening. In amongst the broad range of their showcased influences, small constellations can be found – New York classics such as The Ramones and The Velvet Underground, and British pop sensibility such as Talk Talk and Roxy Music.

From that coldly minimal opener, things get warmer, brighter. The Mercury Rev-esque Like We Used To is a gorgeously inviting dose of intimate wooziness. From here it moves to a sequence of what could be simplified in description as jangly finger-snappers, but that might not really do them justice. They have captured all the earworm joy of classic pop and given it a new twist of maturity, which makes it richer in “knowingness” without taking away any vigour. These give way to All Night, a nocturnal slice of musical hypnotherapy which mixes ordinary imagery of subways and bedrooms with a sense of unseen mysticism. A beautiful tribute to the glory of the night, this sweeping midpoint to the album evokes all the magic of moonlit nightlife; a world were when some dream, always pull theirs into waking life.

They say you can’t judge a book by its cover, but you can probably judge an album by its artwork and the modernist Bauhaus-esque cover sleeve to this record says everything about its proof that artistic coolness and an instant ticket to pop culture accessibility aren’t mutually exclusive. Another triumph for the ever-reliable Team Love, EX OH are already on track to earn themselves the “your new favourite band” label.

Further details and more from Team Love can be found at https://www.team-love.com/

All words by Amy Britton – find more on her archive here.