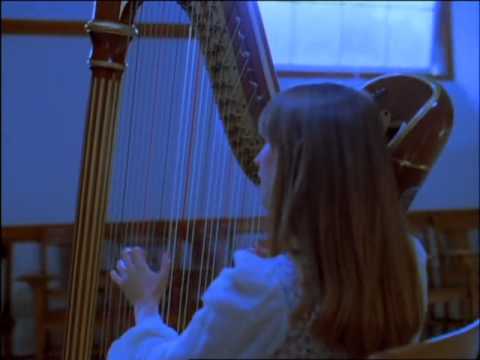 Joanna Newsom is a singer, songwriter, harpist, and pianist, whose original home recordings were made on a children’s Fisher-Price tape recorder. Newsom has released three albums starting with ‘The Milk-Eyed Mender’.

: “OK, I admit that I was part of the slacker cult of obscurity that went on in the 90s. This was a thing that my generation (X) did – instead of getting involved with politics we rebelled by finding lost albums and examples of true authenticity and fucked up individuality (albums by the clinically insane, by killers and dangerous Nazi cults – Daniel Johnson, Charles Manson and Current 93).

“In retrospect this was a stupid waste of time, it was ‘lifestyle rebellion’ and just what the
hipsters do now. But it did lead to one thing, a love of freakishly wonderful individuals.

“Joanna Newsom is one such and this album is a joy to behold. It’s like the secret diary of a classically trained nasty fairy.  How can this person even exist? Does she actually have
wings?”

Track: ‘The Sprout and the Bean’