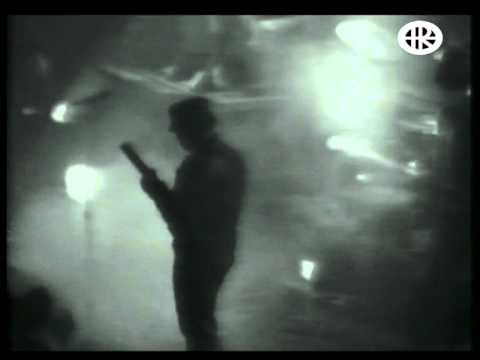 The band name, The Revolting Cocks, came about after founder members Richard 23, Luc Van Acker and Al Jourgensen were involved in an incident at a Chicago bar in 1983. As they were being ejected from the premises, the bar manager was reported to have said, ‘You guys are a bunch of revolting cocks!’ The name stuck, and the Industrial Metal Music band was born.

“They are nihilistic self-loathing turned into an ironic sex cabaret. I once saw a live show where members of the band seemed too busy snorting things from behind the synths to be bothered playing instruments and one of the singers, wearing a rubber wrestling masking
and a 24 inch plastic phallus, sprayed the audience with fake spunk. It was a lot of fun.

“All gigs involved Stetsons, stage-diving and strippers. Unfortunately people involved with Rev Co and Ministry had a tendency to get very sick and die. Scot Chris Connolly is one good thing to have survived.

“Rev Co take me back to a time when overdosing on how shit modern life is seemed like a clever thing to do.

Ewan Morrison wrote about this gig in chapter two of his best-selling novel ‘Menage’.