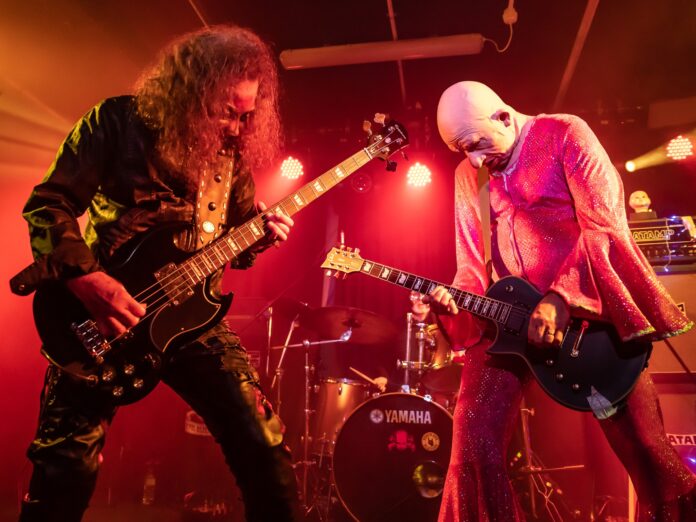 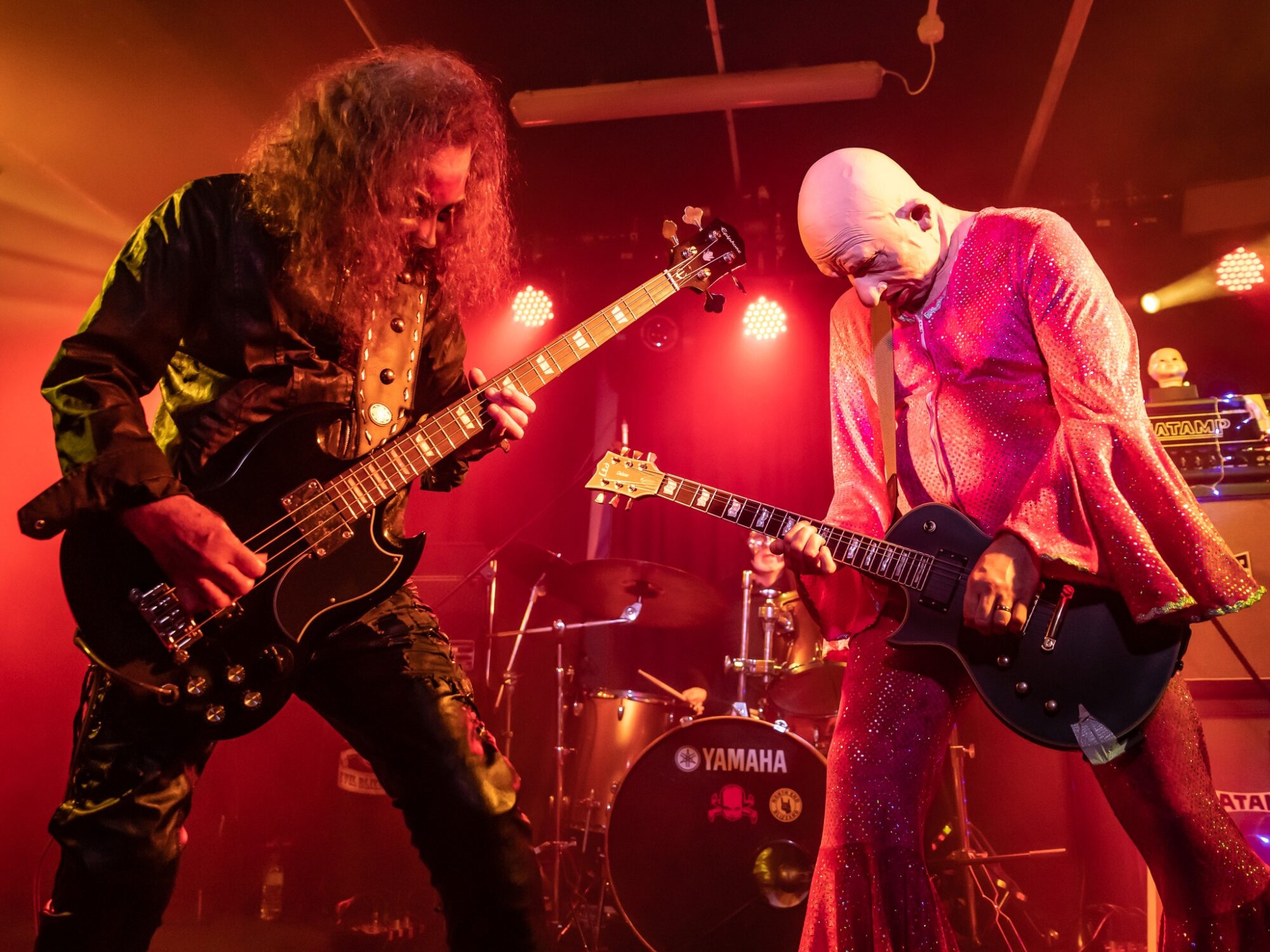 You stupid stupid people… Evil Blizzard were just having a fuckin’ extra long Covid kip before planning to storm Manchester with their heavy bass laden truckload of noise, slamming down that fast lane to jolt your shitty Audi or BMW into oblivion. Yeah! That’s right! Back with a bang and bringing along the amazing Vice Vera and North Manchester gutter punks The Battery Farm for the ride of your life. Wayne AMF Carey is twatted in the face with some serious noise… 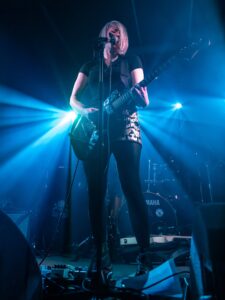 The most anticipated gig of the year in my diary has finally landed. I freshen up at my gig base in Middleton, North Manchester, grab my slap headed mate and my thirty year old son and head out to catch a night of loud sound from three exciting bands that I know are going to mess me up. Evil Blizzard have picked the cream of the crop to butter up their so called shit collection of mental fuckery.

Ex LIINES bassist Tamsin Middleton hits the scene like a force of nature with a cracking set of solo tunes that grip you with their intensity. Now known as Vice Vera she jolts you with her visceral lyrics that open your eyes and give you that top as fuck feeling you had when you first heard PJ Harvey. It’s a slight comparison due to Tamsin having her own agenda and a kick in the nether regions to all of us early risers who actually watch the support bands. It’s a breath of fresh air to see such a talent who obviously knows the score on that fretboard. An excellent set of angry yet vibrant tunes that resonate and make you feel good. I’m hooked…

North Manchester’s Battery Farm were destined to support The Blizz. They are fuckin’ more than good. Years of trawling the underground Manc scene under a different guise they’ve finally got that formula. Ben, Dom, Paul and Sam are just pure new punk if you’ve ever heard it. No bollocks all out attack is how I’d describe it. From the gutter punch of early track 97 91 that slays the Blizz fans from the start, to the funny as fuck Roy Keane Isn’t Real that shreds you with the searing guitar sound from Dom who still looks mad as a hatter with his Neil Sedaka cardigan. I hope he’s fuckin’ washed it.

New track Wooden Spoon has a nod to the Blizz with its bass heavy sound, closely followed by the mad antics of Ben (Buster Bloodvessel) Corry who bends his body in mad angles throughout the set and enlightens us all. Excellent Public Speaker is excellent as is the ridiculous Poet Boy that lights up the room. The big surprise of the set is We’re At The Top, a mellow closer to their latest EP which shows they can do quiet in a menacing way. While The Black Smoke Rise just raises the roof with Ben careering into the crowd and the ever animated Dom whizzing around the stage like a demon possessed on crack. A band destined for massive status from the first time I heard them. 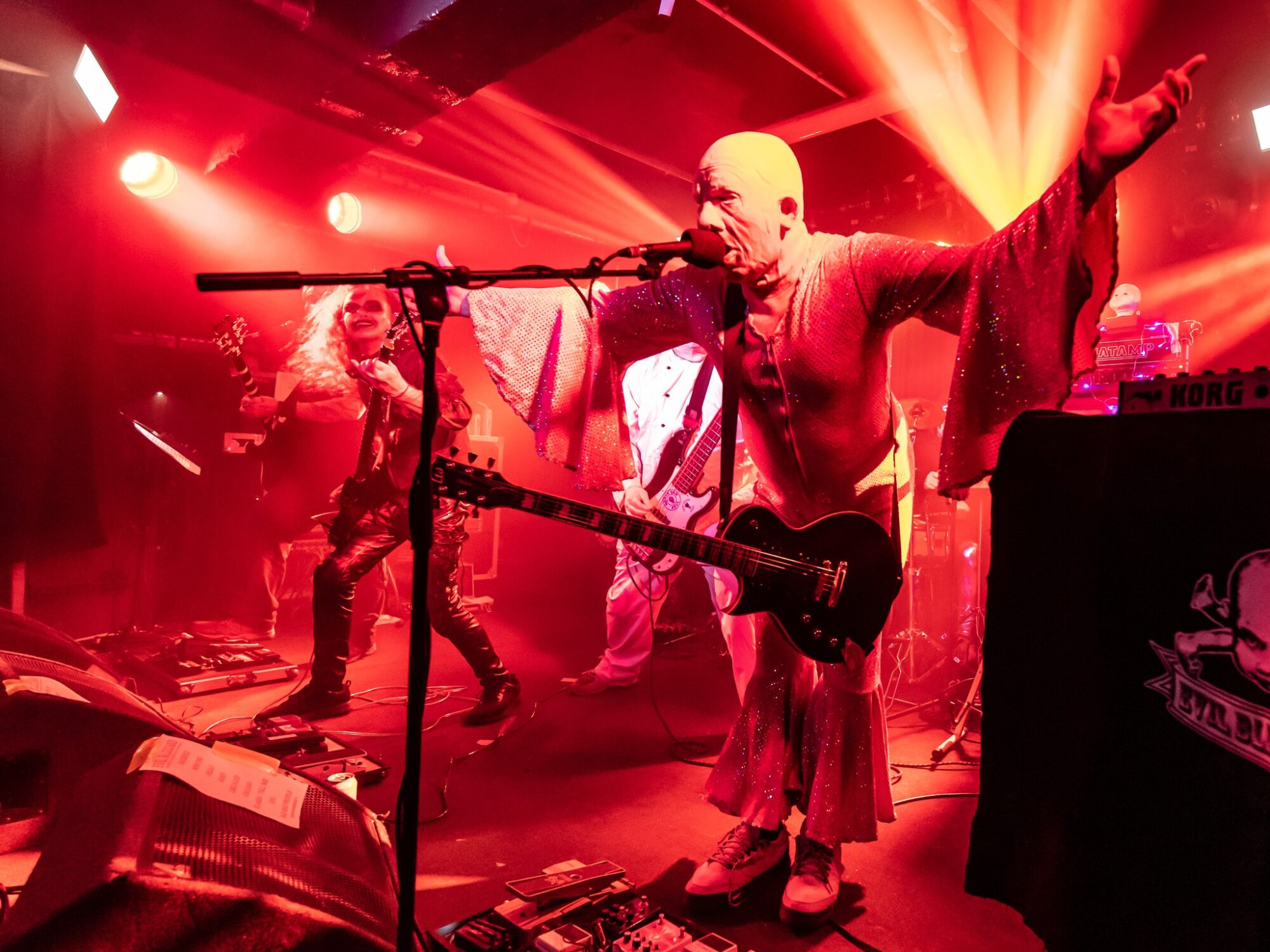 As for The Blizz. They’re shit and they know it (a metal Streets cover to follow…) yet we love them. Any band that can come on to a David Soul song is worth a few quid in my book. The floor is now rammed with mad bastards scattered around, including the Odd Bill Cardinal Guillermo with his Tory bashing posters being waved in the air. A couple of nuns keep drifting by who make me feel safe for a fuckin’ few Hail Mary’s later on.

Well, fuck that when they launch into a brain shredding Sacrifice that slays me! Just to mess with me they do a new tune that absolutely slams the fans. It’s that good and gives you a whole dynamic in the force of this band. Hello is just as brilliant as usual and Filthydirty, Prowler, new addition Fleshcrawl, Blizzpig and Stomper are not arsing about here. Side’s vocals are as haunting as usual with their full on effect melding with the searing bass collision of the masked lunatics. The usual banter is there as usual with the crowd baiting that gets you, along with the mass booing and “You’re shit” banter from the all knowing audience. This is no Oasis beered up knobhead crowd, just a bunch of music lovers who appreciate a big fuck off party without throwing piss at each other.

Side announces there are a couple of fans from Chile which is great as the last Blizz gig I attended had a couple of blokes from Italy around. Universal love. They fuck us up with Unleash The Misery and the brilliant speed punk of Tell Me which slays me every time I hear the bastard, then launch into early favourite Slimy Creatures followed by a massive Are You Evil which just blows the roof off. A special moment of the gig for me is their tribute speech to Mark E Smith who loved the Blizz and funded their first recordings on our very own Louder Than War Records. I almost cry. To top it off they launch Whale Bomb which basically bombs the fans like a house landing on you. A great set and a great return for the guys who know how to put on a show and nail it every time. I can’t predict a better gig than this in 2022…

Photos courtesy of Neil Winward. Use of these photos without permission is illegal and may cause some damage if I track you down…