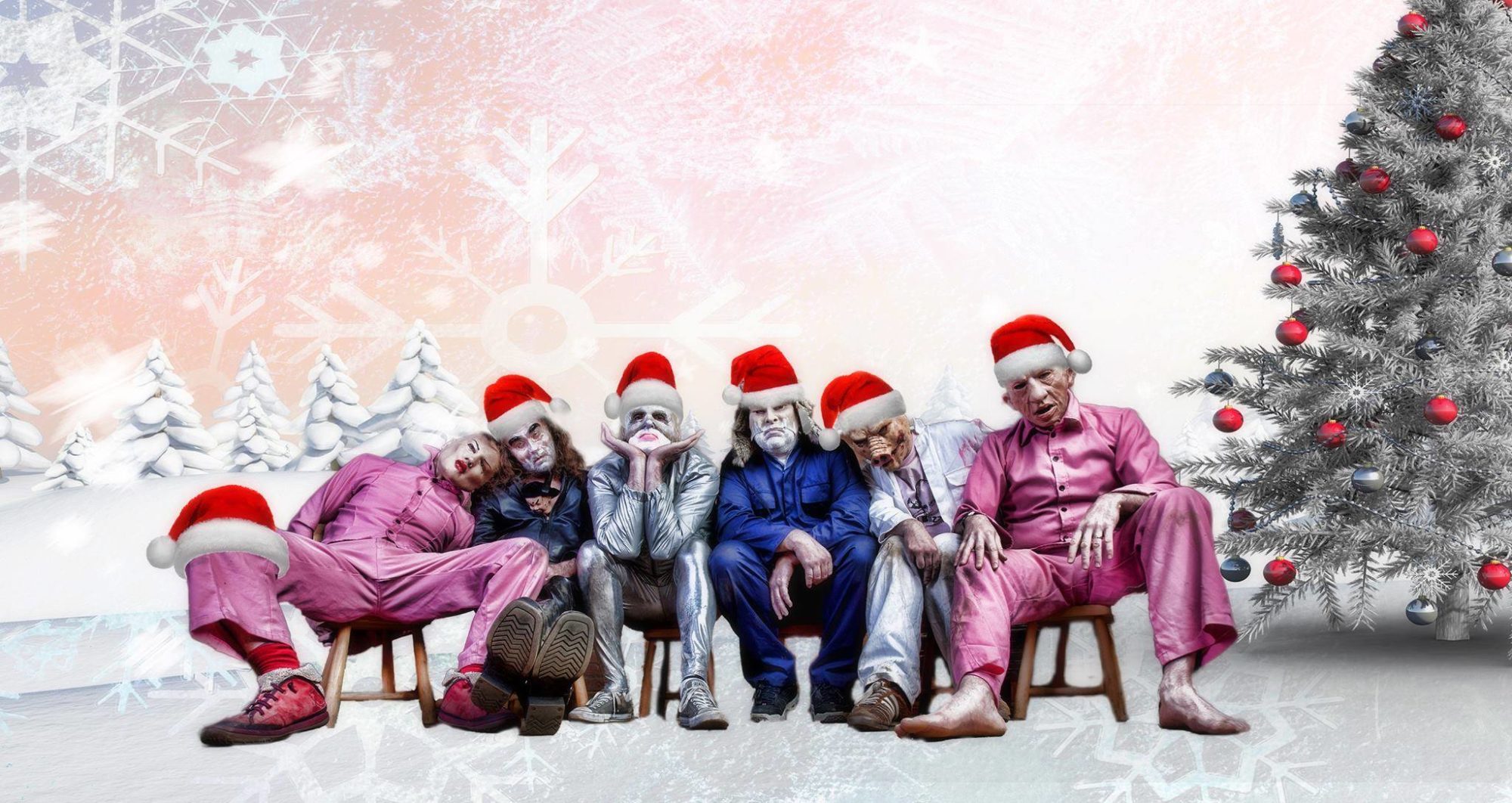 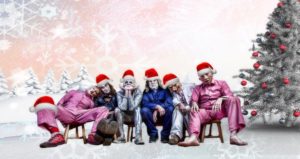 Despite the masks, despite the razzmatazz, despite the madness, despite the fucking great show, despite Mop Man and his piss stained mop seeking out victims on the dangler and the meat cleaver swinging on-stage Blizzpig, despite everything; Evil Blizzard’s greatness actually lies beyond.

The show has become lunatic – the unnerving rubber faces and the blood and the gore and the tinsel lunacy is engrossing, powerful, funny and scary but what really pulls you in is the music.

Evil Blizzard pull of that smart trick of being the saddest clowns at the party and I mean that in a positive way. What has always struck me about them is the melancholy in their songs – the sadness and the madness both married to the monster grooves. On one level they are laugh out funny – Slimy Creatures and We Are Evil are hilarious anthems but they are also dripping with that classic northern sadness – that rainy day, small town frustration that is at teh heart of all the regions best music.

There is something quite intriguing about a big mosh pit singing along to We Are Evil intoned by the vocalist drummer with his face paint smudged into the sad clown as he sings the addictive melody line over and over above the monster groove of his drums and any of those four basses locking in.

Musically Evil Blizzard make the simple complex – these songs may sound simple but there is so much going on in there – there is always groove – a huge, monstrous, dayglo groove like Metal Box PiL or Space Ritual Hawkwind – that British stoner groove – a soundtrack to drugs and madness as it fills and envelops the room. There is also the clever way they make all the basses weave around each other without creating a mess- every player may be leaping around like a rubber faced loon but they know their musical place and the layers of sound and the quirk riffs collide together to create something quite wonderful.

Don’t let their brilliant eye for a killer show let you forget just how musically clever this band is – the show is the best fun in town but it would mean nothing if the band couldn’t back it up,and its the sheer listenability of Evil Blizzard that is their cunning sucker punch.

Support tonight is from the Bad Guys – a London based 4 piece who deal out stoner rock and a Sabbath heavy riff fog that is powerful and concise and far, far better than is should be. It’s apparently their last gig in this current format which would be a shame, as the group are really effective and powerful with two guitar players both playing double necked guitars connecting with the sludge riffs or loosening up for feedback drone jams. Like the Blizz they play it for laughs with pastiche of seventies rock kinks with those double neck guitar and one guitar player’s ruff but also like the Blizz thy have the music to back it up and their powerful noise is totally engrossing.