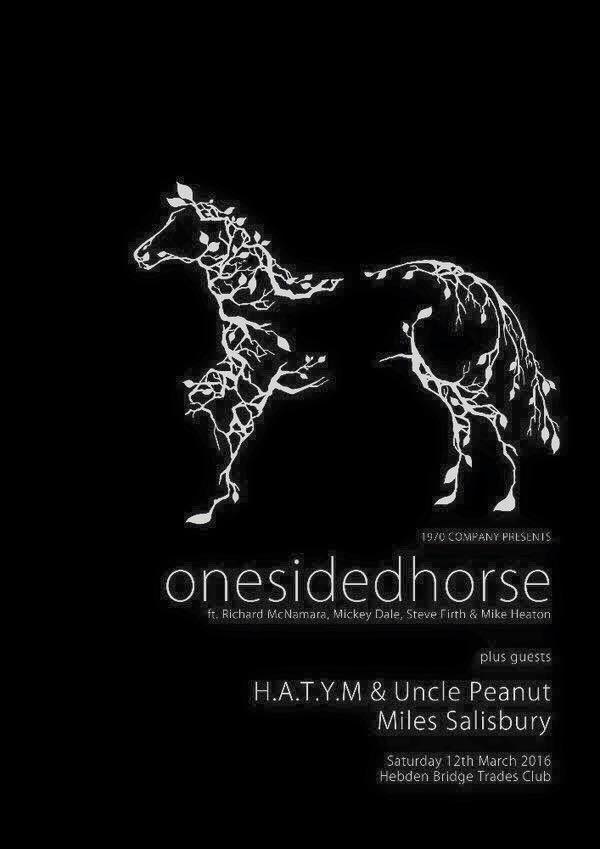 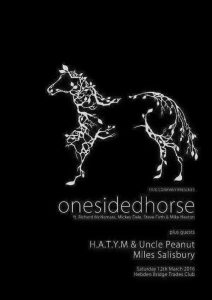 One Side Horse bandcamp

During 2015, Mark recruited Richard McNamara, Mickey Dale, Steve Firth and Mike Heaton from the band EMBRACE to form the back bone of his live and recording band project.

Coupling his distinctive and powerful haunting voice with a sparse yet ethereal acoustic guitar. Mark’s songs have been described as “Epic, emotional and beautiful ..Songs that would be ideal for films due to their atmospherically soundscape sounds” Summer 2016 will see the release of OSH’ self tilted debut album.

The transition from an intimate acoustic atmosphere to that of a full live band experience is seamless. So much so, Mark recently sold out both of his debut solo shows and OSH’s debut full live show at the Trades Club, Hebden Bridge.

One Sided Horse will envelop you , rock you and love you. But not necessarily in that order.