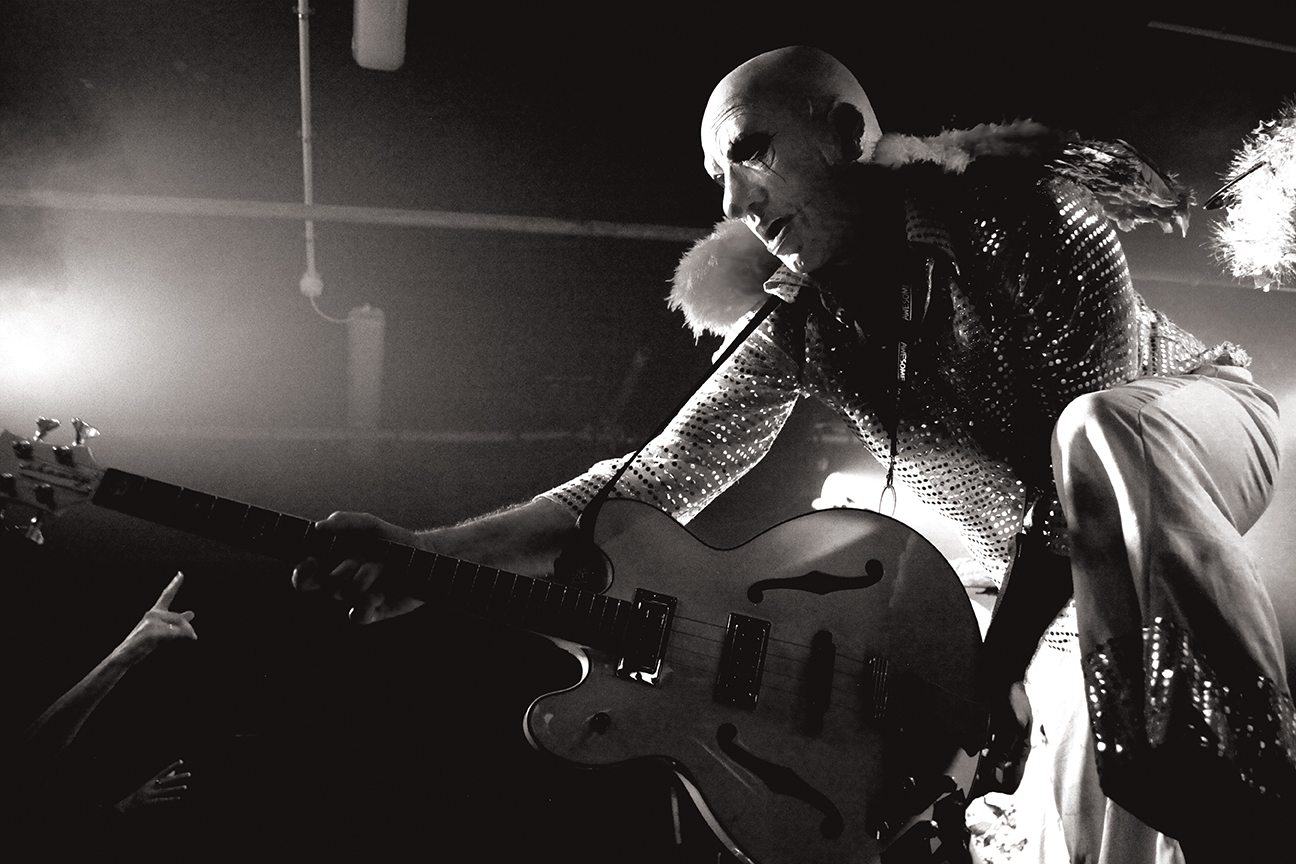 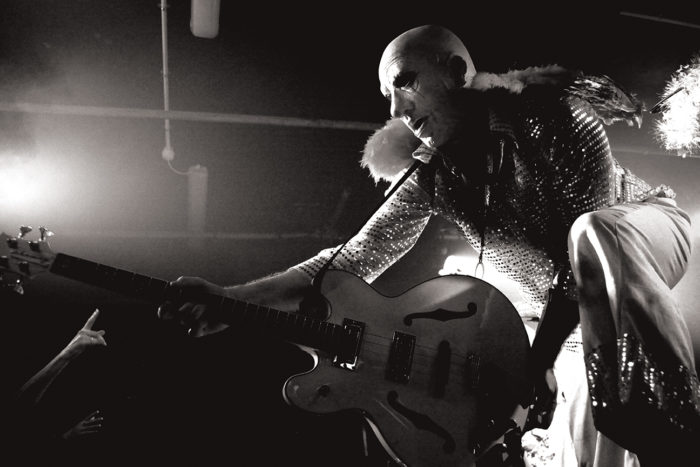 This is the one I’ve been waiting for all year. Their third album which I described as ‘One of the best albums of the year by a mile’ gets better with every listen. Same as their live status. I meet up with a bunch of crazy Blizzheads pre-show and don’t regret it one bit. They are the ultimate in anti fandom!

I’ve seen a lot of live music this year. Unsigned bands, big hitters and cult figures in this fantastic music climate we’re going through at the moment. We descend on the Turing Tap on Oxford Road after hearing the Blizzbus from Preston are having a pre gig drink in here. It’s the local haunt for NHS staff from Manchester Royal Infirmary and students who live nearby. They don’t know what’s hit them. Hardcore Blizz fans always dress for the occasion. There’s one bloke who has a Christmas tree for a head, another one with a Pinhead from Hellraiser rubber mask, scary clowns you name it. There’s even two guys I get chatting to called Angelo and Stefano who have actually travelled from Italy just for this night. When we leave the place there’s a crowd having their picture taken with Blizz fans holding a large placard with the words Merry Blizzmas You Cockwombles emblazoned in white. Funny as fuck!

When we arrive at the venue it’s packed to the rafters with people of all shapes and sizes, waiting in anticipation for the main act. Meanwhile, support band The Common Cold whet our appetites with a great set of tunes which I can only describe as The Fall meets Joy Division. They have that abrasive sound that Martin Hannett captured when he worked his magic on the likes of JD and The Happy Mondays. Apparently two of the band members were in Cornershop, notably the drummer who is a great backbone to the dark mesmerising stuff crawling over the carnival atmosphere in the venue.

The party starts now with Evil Blizzard hitting the stage like a bunch of fairground freaks. Their costumes just get better every time I see them. Proper glammed up as usual with their sparkly outfits and horror masks. They kick off with the excellent Hello which just hits you with that mammoth bass x 4 wave from Filthydirty, Kav, Stomper and Prowler. The crowd are lifted from the start and the sound is incredible. Prowler just looks like a maniac with that fixed on evil smile showing through with a hint of mischievousness, Sacrifice just fucks you up with it’s psychedelic swamp rock that grabs you with those monstrous riffs. Side the all singing drum meister is the epitomy of Ozzie and Lydon with his snarling prog vocals. It’s like watching a theatrical production on a Rock Horror scale as half the audience are wearing pig masks, horses heads, gimp masks, I even spot a werewolf!! 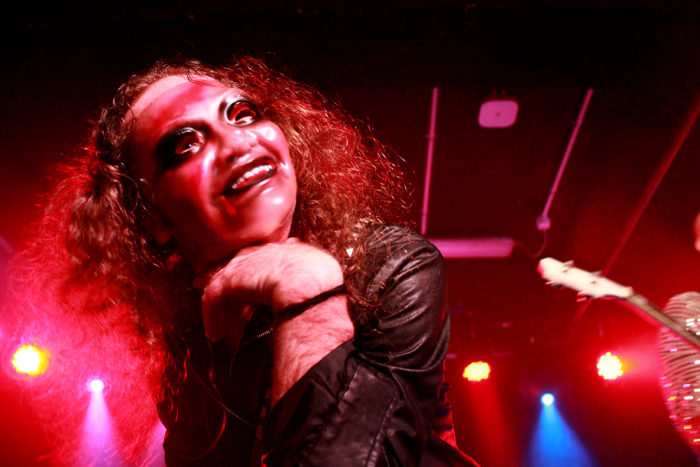 Are You Evil starts the crowdsurfing and the atmosphere is just awesome with everyone in the venue chanting ‘Are You Evil’ and enjoying every moment. My two highlights of the night are: Number one – Having the excellent prog pysch epic Pull God From The Sky being dedicated to me. I nearly fuckin died! And the closer from their debut album. A sprawling rendition of Red Box which included Filthydirty (who has for some reason has got some pink anal beads dangling from his nipples) giving his bass to the audience, which was passed around for everyone to have a go then generously given back carefully by the doting fans. Prowler dived into the crowd and surfed over everyone heads for a bit, then the stage was invaded by up to 50 people which reminded me of Idles at The Ritz when they came to town. This was such a good end to the year and Evil Blizzard have that potential to me massive. What you get with these guys is not just a gig. It’s a party and a full on glam experience. Smashed it…

Photography by Shari Denson, who can be found at her website here: Use of these images in any form without permission is illegal.