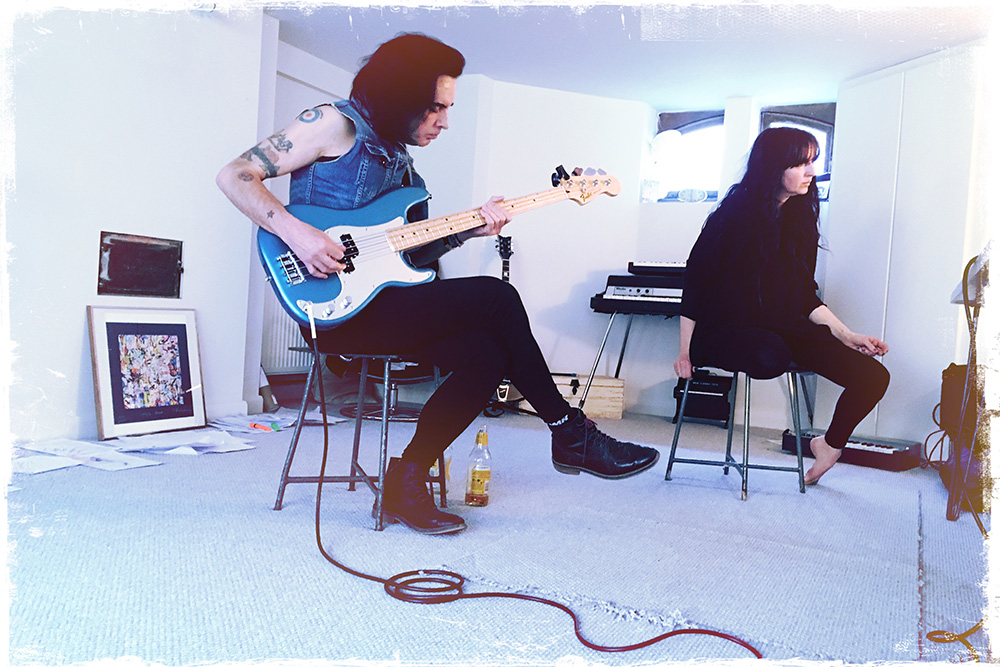 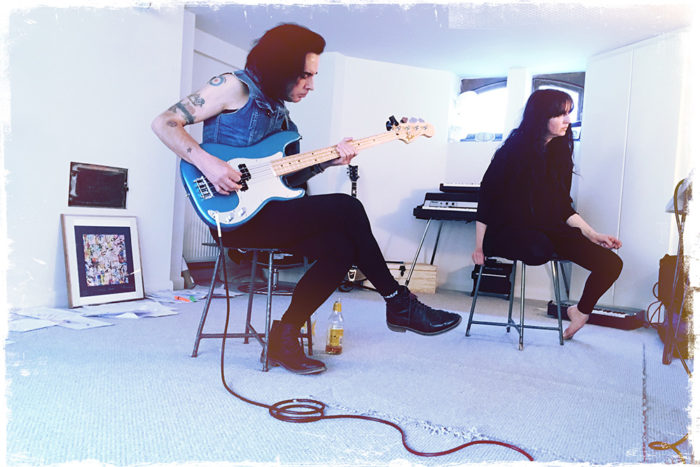 Presenting a mindblowing (not for the squeamish) video for Evi Vine in collaboration with The Cure’s Simon Gallup, plus some album news

Today we’re pleased to present the new video from ethereal alt-rock outfit Evi Vine. The song is Sabbath, featuring bass guitar by The Cure’s Simon Gallup and guitar by Peter Yates of Fields of the Nephilim. The new video was created by Craig Murray, known for his work with Mogwai, among others. After asking Evi for ten words to describe the video they wanted, Murray took his favourite things, horror, liquids, hair and sealife to create a semi narrative film. The result is a dark and intriguing colour-filled thriller with a twist, which only underlines the dark and mysterious gossamer vocals and the masterful and emotionally captivating orchestration of this powerhouse track. The video signifies rebirth, and features the same actress (Ranthi Medhina Batubara) playing all the roles, representing a metamorphosis. “We saw Craig Murray’s work for the first time when Mogwai released Teenage Exorcist, and we just wanted to work with him. The idea has been in the ether for a few years, we just needed the right track & for the stars to align. He’s an incredible filmmaker, art and music go hand in hand,” says Evi Vine.

As a group, Evi Vine is joined by Steven Hill, Matt Tye and David ‘GB’ Smith. Their music explores the dark elemental nature of the human heart, as well as environmental and post-apocalyptic themes. Evi Vine’s sound is both sublime and haunting. Creating a unique and uncompromising atmosphere, the effect is reverential, physical music, evoking a rare experience that is beautiful, sparse and deeply intimate. “I know a lot of people are being shaped by experiences in our lives, ghosts of childhood, self-destructive pain and sorrow, all our personal struggles, doubt, and change. I can feel the earth dying and it makes me so sad. We write reflective songs about the circular patterns of man, and reflecting beauty and violence in the world,” says Evi Vine. 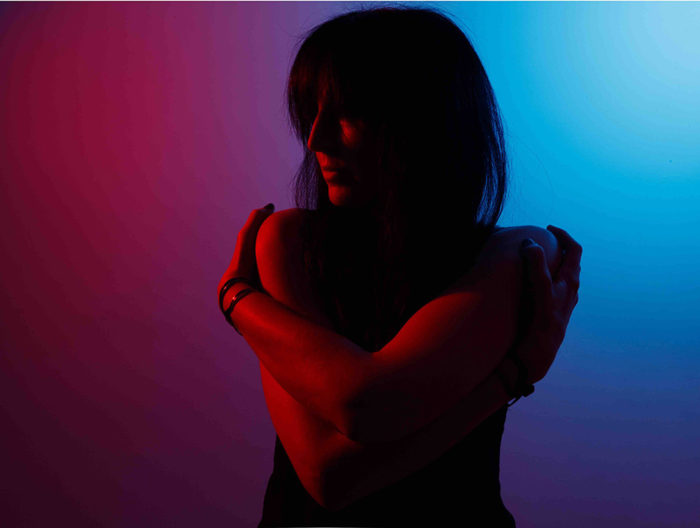 Evi Vine’s debut self-released debut album ..And So The Morning Comes was heralded as “the underground gem of 2011” by Drowned in Sound, and championed by Simon Raymonde (Bella Union, Cocteau Twins) as his album of the year. Directed by Oscar-winning Nick Brooks (Fight Club, The Matrix, The Girl with the Dragon Tattoo), Evi joined with internationally acclaimed photographer Patrick Fraser to make the stunning video For the Dreamers. The second album Give Your Heart to The Hawks (2015) was co-produced by Richard Formby (Mogwai, Spacemen 3, Wild Beasts) and mixed by the legendary Phill Brown (Beth Gibbons, John Martyn, Talk Talk, Led Zeppelin, Robert Palmer). The album also featured Martyn Barker, Peter Yates, Tatia Starkey (My Vitriol/Lola Colt), and Billy Cote (Madder Rose).

Evi Vine formed this band while living in LA, quickly getting a support show opening for Slash at the Whiskey-agogo. She has collaborated with Graham Revell (SPK, The Crow Soundtrack), The Eden House, Tony Pettit (Fields of the Nephilim), and Peter Yates (Fields of the Nephilim). In 2016, Evi sang on Phillip Clemo’s DreamMaps album, together with Talk Talk’s Simon Edwards and Martin Ditcham, subsequently making appearances on BBC6, BBC3 Late Junction and Jazz FM. Most recently, Evi Vine contributed backing vocals on The Mission’s 2016 album Another Fall From Grace, which hit the UK top-40 album chart, and collaborated with Michael Ciravolo on the debut album from LA-based Beauty in Chaos, involving members of The Cure, Ministry, The Mission, Cheap Trick, The Offspring, King’s X and Ice T, among others.

In recent years, Evi Vine has toured with The Mission, Chameleons Vox, Wayne Hussey, And Also The Trees, Phillip Boa and The Voodoo Club, and Her Name Is Calla. After hearing Evi Vine’s debut album and including it among his top five albums, Wayne Hussey invited them to tour with him in 2016 and subsequently with The Mission in 2017. Invited on stage to sing three songs by The Mission, the seed was sown and Vine joined The Mission as featured vocalist for their 30th Anniversary Tour.

“The new album is intense – dark, layered, wonderfully atmospheric, fragile, and at times stripped bare – an album to get lost in….and then surface with Evi’s haunting and delicate vocals and the endless space,” explains Phill Brown.

The Cure’s Simon Gallup elaborated on his involvement in this project: “Hammersmith …me drunk …meet Evi for the first time – I mumble that I’d love to play on a couple of tracks …don’t hear anything for ages then an email out of the blue …Three songs …feel nervous but really enjoy the songs …a day trip to the coast and a lovely welcome with dogs ..have beer and made to feel even more welcome ..worry that what I’m playing isn’t right or not going to fit in but enjoy myself and the warmth of everything ..have to dash as there is a prom on …a very bad hill start and a dash back down the motorway ..a quick day that had started 20 months before.”

Sabbath is now available via online stores and streaming platforms, including Spotify, iTunes and Bandcamp. The full Black Light White Dark album can now be pre-ordered via the band’s website.

Do also check out For The Dreamers

and her recent collaboration with Beauty In Chaos