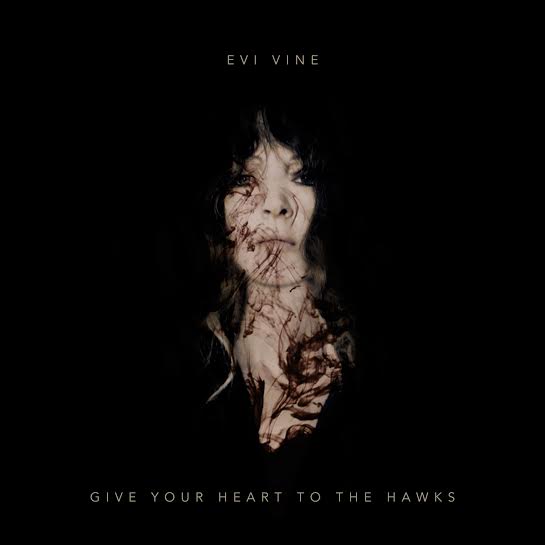 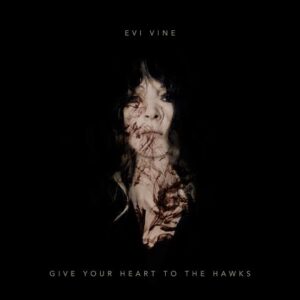 Evi Vine: Give Your Heart To The Hawks (Solemn Wave Records)

OK, it’s not good to put artists in neat little boxes, but hear me out. Imagine Marissa Nadler doing guest vocals on an album by Massive Attack, and it’s roughly the spirit captured on Evi Vine’s new album. Her 2011 debut was praised by Bella Union Records boss and former Cocteau Twins bassist, Simon Raymond, which is a pretty good trophy in itself. Although Evi Vine’s sound is a different style to the Cocteaus, they both share similar themes, such as explorations into the darker side of the psychedelic ambient spectrum, with heavy reliance on studio effects.

The album opens with one side of her new double A side single, Porcelain, and her haunting vocals and spine-tingling effects set the scene for the rest of the record. Love is Gone has a similar feel, but warm layers of synthetic strings in stead of single-note piano lines.

The album also features the other A side of her new single, My Hands Are Tied. Elsewhere on the record real strings blend with electronica, with lazy upright bass parts on a bed of trip-hop, similar to Cinematic Orchestra.

Give Your Heart to the Hawks is a dark and troubled record, yet it’s soothing and comforting. It’s like you’re having a crazy acid trip, whilst walking on soft fluffy cushions.

Buy the album on Amazon.

Evi Vine is on Facebook and tweets as @evivine.