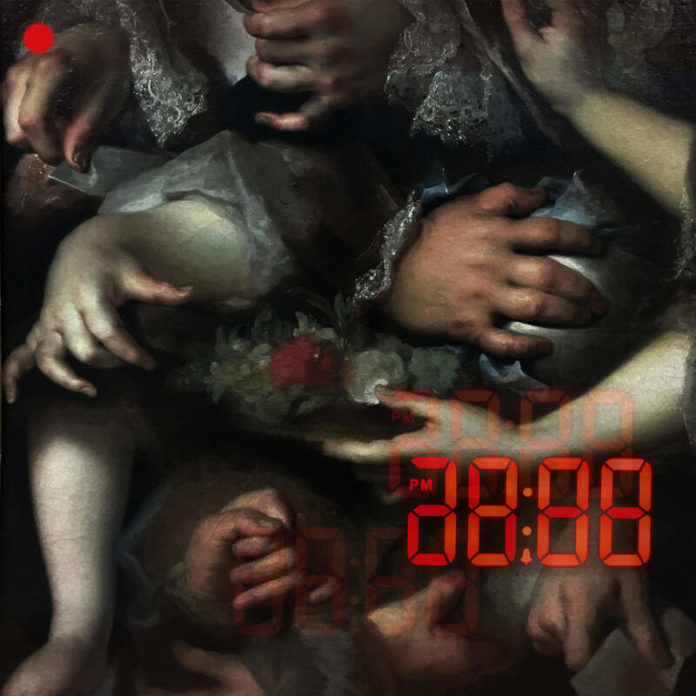 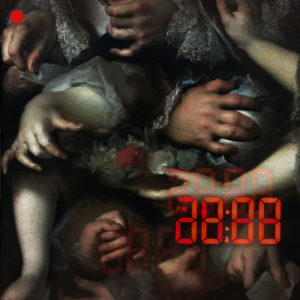 Everything Is Recorded – Friday Forever

Feeling the lockdown blues? No worries. Everything Is Recorded’s new project will make you feel like it’s forever Friday night. But instead of a hangover, you’ll be gagging for more. Gordon Rutherford gets his Friday best on and reviews for Louder Than War.

I guess the question on many people’s lips was whether Richard Russell’s Everything is Recorded project could match 2018’s critically acclaimed, Mercury-nominated, eponymous debut. Happily, it does, albeit it does so by moving in a sharply different direction. Where the debut was all quietly intimate, carefully crafted subtlety, Friday Forever is a dark, menacing collection that tells a story firmly set on the seedier side of town.

One thing that doesn’t change this time around though is the quality of the collaborators. They may not be as high profile this time, the debut featuring artists ranging from Damon Albarn and Peter Gabriel through to Sampha and Kamasi Washington, but they deliver just as powerfully.

Friday Forever is a concept album that evokes Kate Tempest’s Let Them Eat Chaos in the respect that it is the story of a gritty, darker side of London Life. However, unlike Tempest’s collection of poetry set to hypnotic beats, Friday Forever’s tracks are not all set in the same moment. Instead, they narrate a linear story of one typical Friday night in London’s club scene, spilling all the way through into Saturday morning’s regret.

Of course, there’s an unplanned irony in the fact that this is an album all about going out on a Friday night that happens to be released precisely at a time when none of us can leave the house. But that’s okay. Stay at home, save lives and let Friday Forever take over.

As mentioned, the mood is dark and foreboding, bearing similarity to Tricky’s Pre-Millennium Tension. The setting is hardcore urban realism, akin to Burial’s classic, Untrue.
Russell takes us on a journey through that environment. He cleverly signposts each track by preceding the song title with the time in which it is set. So, track one, Every Friday Thereafter, is set at 9.46pm, whilst the final track, Circles, takes place at 11.59 on the Saturday morning.

The way in which Russell structures the album is beautifully inventive. As the night develops, the drinks get mixed and the drugs get harder. Events unfold and the music becomes increasingly darker and more frenetic, littered with lyrics that so completely evoke a Friday night in a club that you will believe you are there.

On it goes, before reaching crescendo with 3.15am’s Caviar. What follows is something we are all familiar with – the comedown.

The most fantastic moments on the album come early, as the intro track, Every Friday Thereafter, unfolds from synth bleeps into Maria Somerville’s hauntingly gorgeous voice reminding us incessantly that “The night won’t last forever”. From there, it’s into the three-note guitar riff that drives track two, The Night. Berwyn’s voice takes over here, but the message is the same. “The night won’t last forever.” God, how prescient that sounds in these locked down times.

From there we move just past midnight and on to Patients where, again, we are reminded of what we’ve recently lost when Infinite Coles sings “Fucking up a Friday night, I’m bleeding from the freedom”. The drug references abound, with Coles and Aitch, narrating the chaos surrounding them as they gradually lose their minds. That sounds brutal, but Coles’ beautiful voice brings a complex dichotomy to play.

The chaos continues at 2.56 am with rap/reggae fusion and a sampled Mikey Dread proclaiming that “I don’t want this feeling to stop”. It’s all fun and games until someone loses an eye. It’s going to end badly because it invariably does.

What follows is a descent into madness with the aforementioned Caviar, featuring an electrifying performance from Wu-Tang’s Ghostface Killah. We get the message from the get-go, when Ghostface Killah asks, “Who the fuck said you were invited”. Erm, yeah. I’ll get my coat then. This is ominous, threatening. It’s frightening. The night is falling apart as it becomes all about the class-A’s. As Jarvis once sang, “This is the sound of someone losing the plot.”

Following the madness, we have the comedown. It begins at 4.21am precisely with That Sky. It’s like some kind of free-form jazz with Maria Somerville playing the torch singer’s role to perfection as James Massiah asks “Is that my night”. In the background, a taxi beeps it’s horn impatiently outside.

On 5.10am’s Dream I Never Had, our protagonist finally arrives home. Russell uses samples expertly in all of his work and on this particular track he leans heavily on Teardrop Explodes’ Tiny Children. It’s a beautiful, wraithlike ballad and Julian Cope’s voice weaves and dances beautifully alongside the input from A.K. Paul.

At 9.35am the hangover kicks in with Pretending Nothings Wrong, where Kean Kavanagh’s lyrics will potentially put you off the drink forever. On this particular track, it’s probably opportune to mention that one of the things that makes Russell’s work so appealing is his ability to fuse ideas and genres seamlessly within the same tune. Here, however, there is too much going on and the track becomes confused and directionless. Then again, it’s about the morning after, at that precise moment when you awake. Perhaps it’s meant to sound so befuddled. Anyway, it didn’t quite work for me, but that’s about the only criticism I have.

Then it’s on to Burnt Toast. Not the most appetising breakfast, but the tune itself is like beautiful hot buttered soul, sung with incredible warmth and depth by Berwyn and A.K. Paul.

Forever Friday, and our virtual night out, draw to a close with This World and Circles. The former is a gorgeously ethereal piece of gospel which features the vocal highlight of the album from Infinite Coles. Album closer, Circles, is a spoken word piece from former Crass frontman Penny Rimbaud. Rimbaud, whose CV is longer than the queue outside my local Tesco right now, narrates wonderfully and poetically. Here again we have the poignancy which the writers could never have foretold, when Rimbaud states in his rich timbre, “If yesterday I had known freedom, now I felt captive again”.

We all do, Penny. So, let’s give thanks to Everything Is Recorded for helping us escape.

You can find Everything Is Recorded online here: https://everythingisrecorded.com. Richard Russell is also available on Twitter at https://twitter.com/loppylugsOG