Home Interview Everything is a Rhythm and Melody: An Interview with Kristin Hersh of... 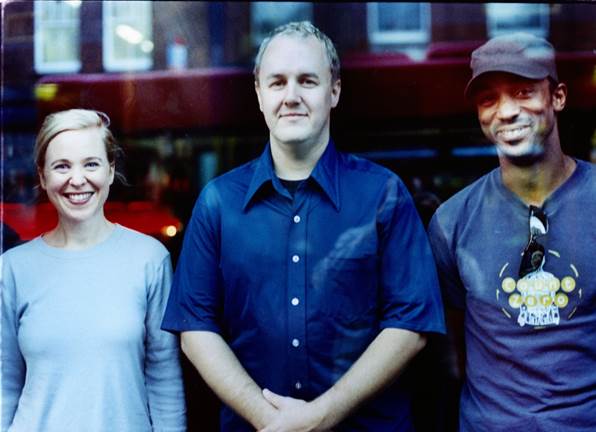 With the release of 50 Foot Wave’s new album Black Pearl and a UK tour currently in progress, Kristin Hersh chats about getting back on tour, songwriting, and imagining what it means to make egalitarian music.

Kristin Hersh is legendary, forming the alternative rock band Throwing Muses with her stepsister Tanya Donelly (later of The Breeders and Belly), recording nearly a dozen powerful solo records, creating the noise rock band extraordinaire 50 Foot Wave, and publishing books that interweave sonic and textual forms. Her range as a writer and musician is staggering. I spoke with her over Zoom just a few minutes before she was set to take the stage in Leeds.

“It’s a funny thing to do to yourself,” she laughs as she tells me about getting back on tour, “to erase all your wants and just leave some needs, and then erase some of the needs and realise you don’t have any.” Alluding to the paucity of live music since the start of the pandemic, Hersh says of touring now, “it’s all because of the music . . . we flip out when we don’t have it. It’s sacred to us. We’ve learned that we can’t live without music.” Being back on the road is “the only home we know, really,” Hersh says and reminds me that she’s been playing since she was 14 years old. “I’ve never settled anywhere. I’m Southern, but raised in the North, then moved back to the South only to realise I really don’t belong anywhere.”

She was in Southern California for a while — her youngest son is a pro surfer — but she “hid out in New Orleans” during the pandemic. The title of the new 50 Foot Wave album, Black Pearl, pays homage to the New Orleans neighbourhood of the same name where Hersh lived. The new album feels very California to me, I say, its fuzzy guitar conjuring the darkly atmospheric parts of Los Angeles with its hazy summer heat. “We started in LA as 50 Foot Wave, and it’s always been a California band,” Hersh replies. “Rob, our drummer, lives in California, and all his parts were recorded there.”

When she formed 50 Foot Wave, Hersh didn’t tell people she was part of the band. “I wanted it to be entirely DIY as an experiment, and I didn’t want my reputation or career to colour that in any way. We wanted to circumvent the industry entirely. We did that and survived, and even flourished because we weren’t subject to the damage that’s incurred when you try to play that game.” Looking back at the wreckage wrought by the music industry, Hersh reflects, “I’m not equipped to play that game, but I got stuck in it. I’m familiar with its vocabulary, and I find it sexist and anti-music.” 50 Foot Wave became a way to say “let’s not follow any rules, and let’s not charge any money for anything.” That experiment exceeded expectations. “The city of LA might be the most shallow place on earth, but it embraced us,” Hersh observes.

The lessons learned from the early years of 50 Foot Wave have stayed with Hersh, cascading into other projects and ultimately inspiring other musicians. “We waited for the paradigm to shift. People started seeing what I was seeing and saying, ‘Wait a minute. It’s not that I don’t belong in the industry. It’s that the industry needs to change.’ Music should be there. Musicians should be there. Feminists should be there. This is a social endeavour. Stop lying and manipulating, stop using fashion against people, and start getting a little scared about what you do and treating people with respect. That did happen in some labels.” 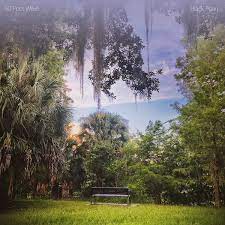 50 Foot Wave’s current label, Fire Records, is a different kind of independent label than those of previous decades, demonstrating ways of working powerfully and elegantly outside the industry. Speaking of indies, I ask about 4AD, the label that released the early sounds of Throwing Muses. “I was a baby then myself,” Hersh remembers, recalling how she signed with the label despite knowing nothing about them. “Ivo [Watts-Russell] started calling our apartment in Boston. We were all just teenagers, and I was a pregnant teenager. I was really sick in the mornings, and he was calling around then because he’s British and it was afternoon for him. Nobody else was around in the morning, and it was the only time I answered the phone. I couldn’t do anything else! When I picked up, I honestly thought he was lying about being from a record company.”

Early experiences in music, Hersh suggests, led her to move away from established labels and to take aim at the destructive components of the music industry. “It was a tumbling experience, from Ivo to a very clear message, ‘We expect you to be fuckable and flirting, to play product and not music. Everything is kissing up to men and money.’ It’s like, no. They’d say, ‘We have a million girls right behind you waiting to do what you won’t do.’ Well, great, sign them. I’m not letting go of my convictions. I thought I was killing myself by doing it, and they did try really hard to kill me. But they’re not gonna. There are lots of real women out there, and there are brilliant female musicians. We should be allowed to work. I’m fighting for the women who have no voice right now, and I’m still doing it. I made a few mistakes, but I’m back in the saddle.”

Hersh’s current tour includes electric and acoustic dates throughout the UK and the US. For the electric dates, it’s the Kristin Hersh Electric Trio, which includes Throwing Muses bassist Fred Abong and 50 Foot Wave drummer Rob Ahlers. “They called us a supergroup when we first started this touring entity,” Hersh laughs, but remarks on how they can use that descriptor to create a compelling set each night. There’s an incredible catalogue to draw on, from Throwing Muses to Hersh’s solo work to 50 Foot Wave. Is there a notable difference between the electric and acoustic shows, aside from the obvious? “It’s 99 per cent logistics,” she says.

I wonder about the distinctions between electric and acoustic songwriting, and I ask Hersh how she distinguishes between solo tracks and those for her bands. “When I reach for the guitar that a song will be written on, that’s when the decision is made,” Hersh tells me. “The 50 Foot Wave songs are written on the Les Paul, Throwing Muses songs are written on my Strat or my Tele, and my solo songs are written on Collings guitars.” When I think of Hersh’s solo music, I instantly hear Your Ghost from her debut Hips and Makers, those sounds of haunted vocals and strings enveloping me. Katherine Dieckmann directed that music video, which is a stirring homage to the experimental filmmaker Maya Deren.

Aesthetic forms become entwined across much of Hersh’s work, and songs are always more than just sonic entities. They shape her memoir and creative nonfiction writing, and even the words we exchange as she prepares to take the stage. I ask if she sees a distinction among these types of writing or if they’re necessarily interwoven. “Aesthetics are aesthetics are aesthetics,” Hersh emphasises, “at least in my world.” Two years into writing her first book, it “found its own voice, and that was because of a musicality I found in it,” she recalls. “Everything is a rhythm and melody.”

Kristin Hersh is currently on an acoustic tour of the UK. Catch her live at the following:

Tickets are available here along with tickets for the rest of her Europen tour into May, followed by a set of dates in the US. Buy the new 50 Foot Wave album on Fire Records, and learn more about Kristin Hersh’s dazzling work on her website.