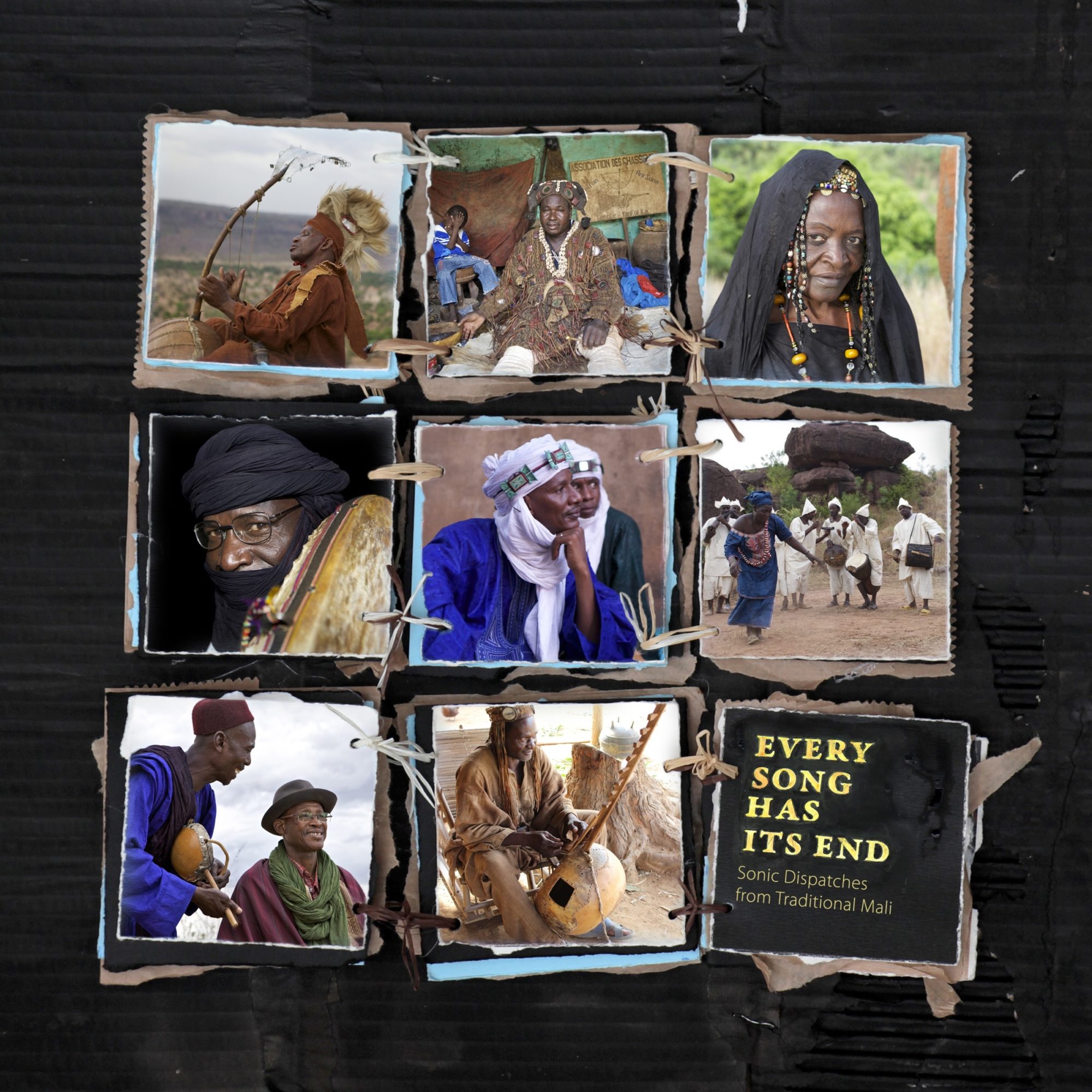 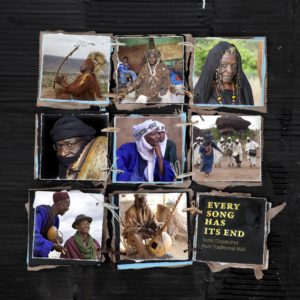 Every Song Has Its End: Sonic Dispatches From Traditional Mali

The range and diversity of music currently coming from Mali is quite immense. Music that has influenced and become part of cultures all over the World, but more importantly has revealed the incredible depth of talent that is to be heard from the area.

Every Song Has Its End concentrates on tracks from individual areas, regions and even villages as it presents music that is both raw and unique. The unprecedented growth of the country’s Capital, Bamako is sending the young people away to the cities and as a consequence, the traditional life is moving slowly away. With it goes the music and the elders now face difficulty in retaining their heritage.

Paul Chandler, a producer and educator has documented the change in Malian music for the last decade and it is his discovery of sounds that can be heard in this new compilation with accompanying dvd. It is packed with twelve tracks offering a wide variety of songs which underpin the Malian musical past.

Visiting towns and villages throughout Mali, Chandler has revealed ‘endangered’ sounds which now have a chance to be preserved and enjoyed by future generations giving stunning insights into the wealth of sounds.

Often, crude in the playing but never unskilful, the tracks offer individual styles and techniques rarely heard today. Whether it be the drone-like Super Onze of the hypnotic Mianka Cultural Troupe, each and every piece is as entertaining as the last, and perhaps this isn’t to everyone’s taste but its education cannot be denied.

Sigui Le by the Nioguebougoula Cultural Troupe goes one step further and has the audience intermingle with the performers to create a stunning, layered recording and Group Ekanzam bring hauntingly beautiful sounds to the mix.

An album that has to be heard to be appreciated, and indication of a musical journey which has only just begun.