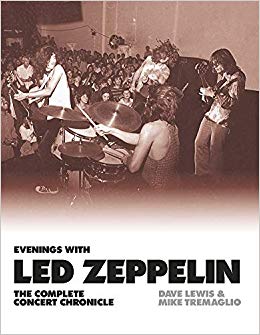 “Forget the myths. It was all about the music.” Jimmy Page

Following on from several tomes on the Led Zeppelin bookshelf  which have documented the live Zep experience, comes  possibly the definitive live document  on Led Zeppelin.

The Beatles and The Zep – two of our most enduring bands, whose musical legacy lives on way beyond their brief careers. Drawing comparisons with the fab four, The Beatles’ relatively short career has been documented in almost microscopic detail by Mark Lewisohn. His chronicles  and meticulous attention to details are definitive works on the Liverpool quartet.

Zeppelin’s  similar short but sweet ten years (plus the odd ‘reunion’) with their  ten album legacy has similarly  been the focus of a lifetimes work for not only Jimmy Page, but also Zep chronicler Dave Lewis. Aside from his ongoing Tight But Loose magazine and associated books, he’s previously  examined their  live career in  the collaboration with Simon Pallett on The Concert File back in 1997. Building on that work, Evenings With… takes things into significantly more  depth and is the result of wider ranging research along with Mike Tremaglio.

While some might argue that the Led Zeppelin legend extends to their mystical and often threatening presence, the less savoury aspects tha began to surafce with their rise to world domination, the focus of the scrutiny is where the Zeppelin musical legend was forged– the stage. We follow the route of  their 1068-1980 (and ever so slightly beyond) live journey in minute detail. You can probably find the minutiae into the likes of John Paul Jones performance on bass at the 5 earls Court gigs in 1975 or the intricacies of Page solos elsewhere. What Evenings… does is follow the Led Zeppelin live chronology and provide a deep illustration of the shows with a series of details about the venues, press reports, images of the actual venues, ticket stubs, posters and ephemera that provide a rich visual wealth. Naturally there are accompanying references to  the myriad of recordings, audience and soundboard, that have appeared from the gigs.

Split into manageable chapters that cover their touring schedule, the gigs are covered with odds and ends sticking in the memory as you take it all in – interesting how, for example, the 1973 Hard Rock gig in Manchester is accompanied by a photo of the B&Q that now stands in the same place. Some period shots of the venues are contrasted with how they look now as the authors have made the text as immersive as possible for the reader. To their credit, the authors don’t don the rose tinted glasses that may have influenced past works. Press reports don’t skimp, reporting the shows that range from the mundane and shambolic to the transcendent.

What is made plainly clear, which fans will appreciate, is simply how active the band were in the period  from 1968-73. Someone may do the maths on the  proportion of their gig count comes in that period from 1973 to their demise in 1980, despite the heavy American touring in 1975 and 1977. The impact of trappings  their successes although we’re not concerned here with the Hammer Of The Gods revelations shizzle.  What’s also fascinating is their immediate acceptance in the US – playing multiple nights at Madison Square Garden and the like yet by stark contrast, returning to the UK and  hitting the obscure clubs and theatres – Ipswich Baths, Nottingham Boat Club and The Belfry, Sutton Coldfield where”well over a thousand people were packed into the dance hall,” almost living a dual existence.

With a foreword  from notorious Zep tour manager and insider, Richard Cole that heads a mesmerising piece of research, it may be apt to pick out the Record Mirror’s quote that adorned the cover of the late Howard Mylett’s pioneering work in his Led Zep biographies:  “a bible for the Zeppelin legions.” Yes – this could be the final word. Hard to see anyone improving on it. 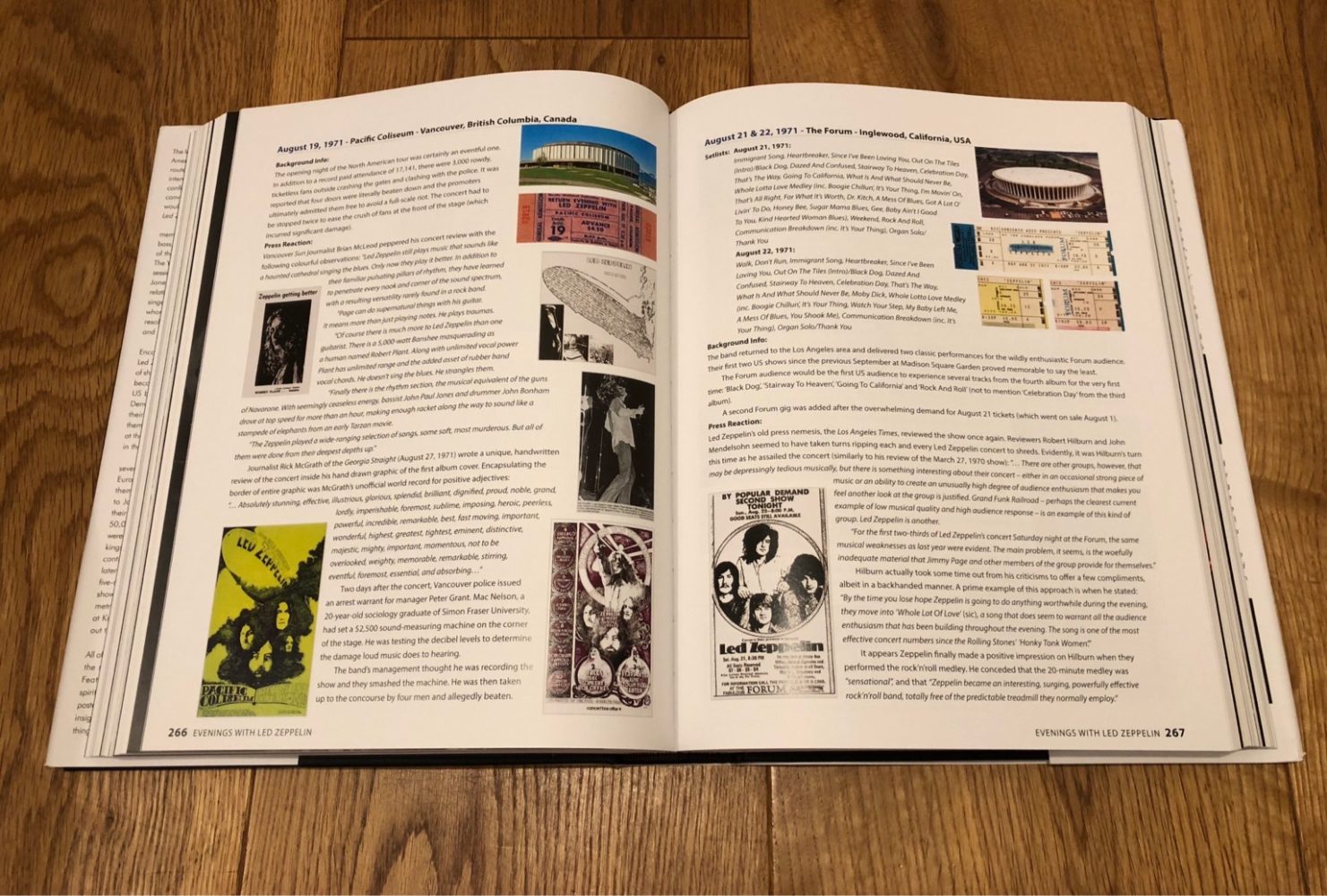