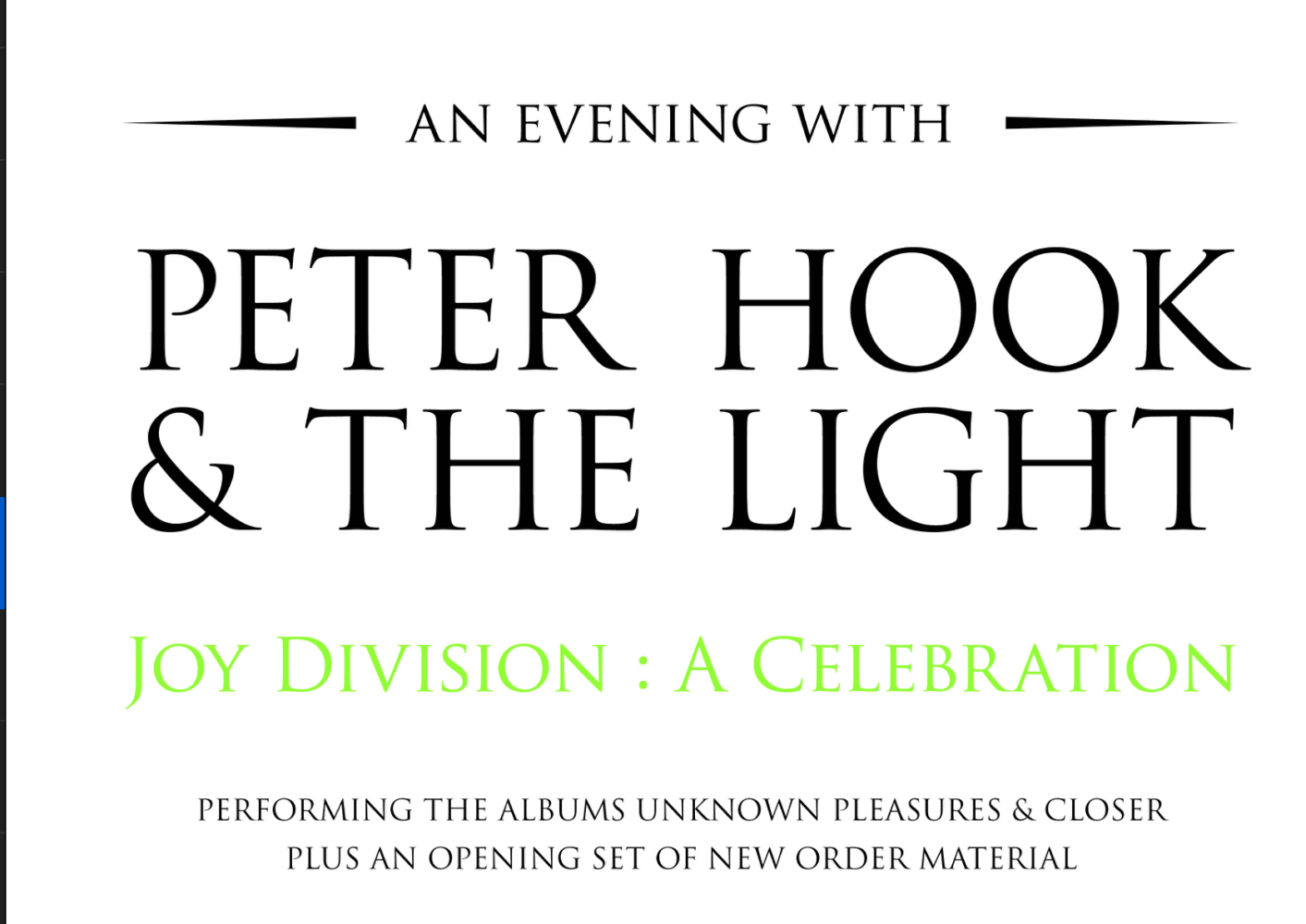 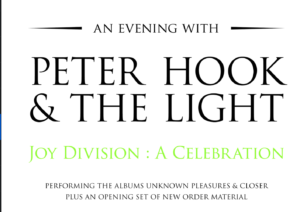 Commemorating four decades of the group’s and Ian Curtis’ continuing influence, Peter Hook & The Light are to perform two special concerts “Joy Division : A Celebration” at 02 Academy Brixton and 02 Apollo Manchester in May 2020.

For the first time in the UK since their sold out Camden Roundhouse show in December 2017, both shows see them play “Unknown Pleasures” and “Closer” in full plus singles and B sides along with an opening set of New Order material.

These Joy Division album shows have become much less common for The Light as they move through their progression of touring the New Order albums in succession since 2012. Aside from some one-off gigs such as The Roxy in LA and Manchester Academy, these are the first major shows to be announced for this set in some years.

In addition to coming some forty four years since Joy Division formed, these gigs also mark ten years since The Light began at The Factory in Manchester on 18th May 2010. That journey has seen them now perform eleven of both his bands’ albums all round the world including numerous tours of North and South America, Australia, New Zealand and the Far East.

Tickets for these anniversary shows go on sale 10AM Friday 26th April.

In addition to the albums, the Brixton and Manchester May 2020 concerts will span the entirety of Joy Division’s rich but short career including early Warsaw material, tracks from the compilation LP “Still” to the final songs “Ceremony” and “In a Lonely Place” written by Joy Division which were to form New Order’s first single.

“Closer is even more austere, more claustrophobic, more inventive, more beautiful, and more haunting than its predecessor. It’s also Joy Division‘s start-to-finish masterpiece, a flawless encapsulation of everything the group sought to achieve” 10 / 10.

For all links check peterhookandthelight.live

For videos and concert footage from The Light check –www.youtube.com/peterhookandthelight