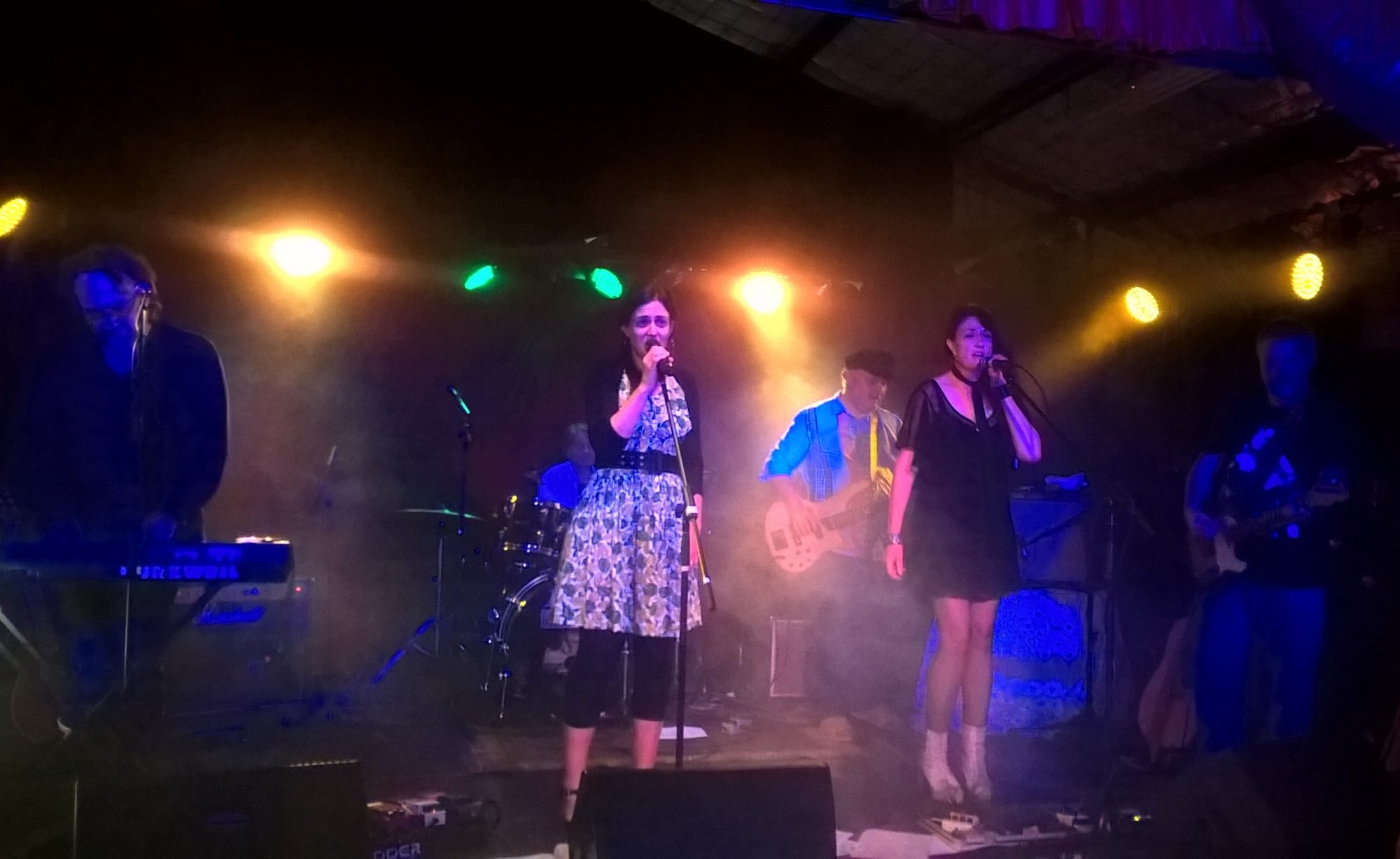 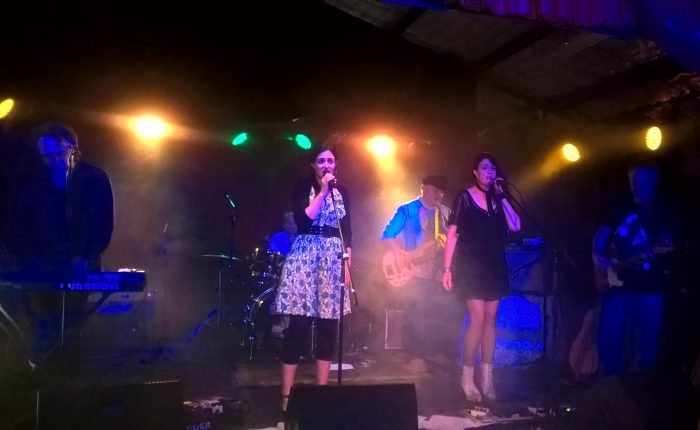 Even As We Speak
The Red Rattler, Sydney
September 29th 2017

Even As We Speak have returned to play a couple of dates in support of their new EP on Emotional Response Records. Simon Proudman was there to hear one of John Peel’s favourite bands back in action.

There is a lot of love out there for Sydney band Even As We Speak (EAWS). In their time they released a bunch of great singles, graced the indie charts of the UK and Australia with their unique ‘Feral Pop Frenzy’ long player, and wowed audiences with Mary Wyer’s ethereal vocals sung over the top of Matt Love’s three-minute songs telling stories of love, loss, and railway ticket inspectors.

Apart from sporadic performances to celebrate the odd birthday, and their well-received performance at the 2016 New York Popfest, EAWS have been way too quiet since the mid-1990’s. At that time they all lived together in a flat in Hove in Sussex, were signed to the cult Bristol label Sarah, and were a constant staple on the John Peel show.

Now they are back, they have a wonderful new EP The Black Forest out on Emotional Response Records and have just played a couple of gigs in support of the release in Melbourne and Sydney.

It was my first time at the Red Rattler, another of the cool venues popping up in Marrickville in the inner west of Sydney. No longer the reserve of poor Italian, and then Vietnamese, immigrants working in garment factories, Marrickville has become a major music hub in the city. Red couches and a cheap bar, all run by volunteers, made for a great venue.

Alannah Russack kicked off the gig. Clearly in possession of a portrait in the attic; she was not looking a day older than when she almost hit the big time twenty years ago in the much-missed Sydney band The Hummingbirds, she ran through songs from her Lesser Mysteries of Love album. Enjoyable and entertaining, but I was left wondering if the songs would sound even better if played with a band. Golden Fang then rocked through an energetic set, with probably the only song I have ever heard written about the iconic Clems chicken shop in Newtown.

Mary walked up onto the stage alone and launched into ‘Spirit of Progress’ before she was joined by the full EAWS band ensemble with wailing electric guitar, bass and drums on the classic Phantom Records single ‘One Step Forward’, which elicited a high-pitched scream of joy from one excited fan.

The new songs stood out and were perhaps even better than the classics. I particularly enjoyed the slow build-up of ‘Our People Travelled Many Moons’ before the band crashed in to lift it to a crescendo, while ‘Such a Good Feeling’, would not be out of place on Feral Pop Frenzy. “You make me happy all the time” is the singalong chorus, and the sentiments were true for the audience at the Red Rattler.

All too soon the lights dimmed and the band almost made their way off stage. They decided to be unconventional and wait while the encore chants began. Mainly because their drummer, Anita, was wedged in on the small stage, before launching into a beefed-up version of New Order’s ‘Bizarre Love Triangle’with Alannah providing spontaneous backing vocals, and then finally their tribute to the recently departed Glen Campbell, and also an old EAWS ‘B’ side, ‘Galveston’ to finish.

A tour of the UK is being planned for 2018, and there also is talk of a new album. With a bag of new songs under their belt and their clear enjoyment of playing live again, they seem to be making up for lost time. Ladies and Gentlemen, Even As We Speak are back, and the world is a better place for that. 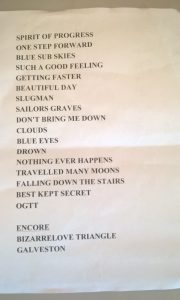 You can find Even As We Speak online here: https://www.facebook.com/evenaswespeakband/

All words by Simon Proudman. More writing by Simon can be found at his Louder Than War author’s archive.