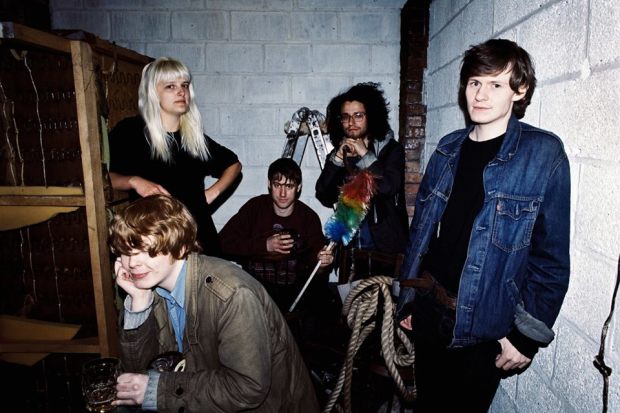 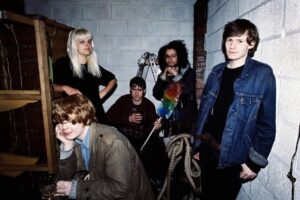 Evans the Death have put out an appeal for funds on Indigogo following an attack during their recent tour, leaving them liable for damages to a hire vehicle.

The attack, which happened after a Leeds show and appears to be rooted in misogyny toward the band’s singer Katherine Whitaker, caused £1100 in damage to their hired van.

Paying off the balance will put a planned European tour and recording of their third album in jeopardy.

Posting the crowd funding link on social media the band thanked everyone who had supported their recent tour and who came to see them. They wrote: “Never thought we’d do this sort of thing, but due to somebody’s idiotic and criminal behaviour we’ve found ourselves in a bit of a tough position, and we’d really like to just get on with making music.”

The full story on the Indiegogo listing reads: “We’re very reluctant to ask for money like this, but a few people after hearing about the situation, unsolicited, have kindly offered to donate, and we could certainly use any help we can get, so we thought we’d do one of these and see what happens.

“On the 20th of July we played at the Wharf Chambers in Leeds (I must stress that this is a great venue run by lovely people, and such an unlikely place for a thing like this to happen). We’d enjoyed the show and were just about ready to leave, when a man started making misogynistic comments to Katherine, our singer – some nonsense to the effect of ‘women are only useful when they’re ovulating’. He was extremely large, drunk, and very aggressive. After Katherine told him to do one, he became abusive, and continued after staff had asked him to leave. He then very quickly became violent, shoving and trying to throw punches.

“Katherine, along with the rest of the band, went to sit inside the van. We were unable to leave the premises quickly due to a narrow exitway. The man started punching and kicking the windshield, wing mirror, bonnet, window and door before eventually leaving. All together, he caused £1100 worth of damage.

“The police were called, and although there were several witnesses, nothing could be done about it. It was a brand new hired van and the band ourselves are liable to pay the damages. Our label has paid the hire company for now, but until they’re paid back, they can’t fund any Evans the Death projects. We have a European tour booked for early September, and were planning on recording our third album later in the month – neither of which we can do without funding.

“We can’t afford to pay out of our own pockets, and even without that incident we’d have barely broke even on the last tour – it’s going to be extremely difficult to raise the cash ourselves any time soon.

“We’re not really expecting anything, but if you feel like helping out, you can do it here – anything would help.”