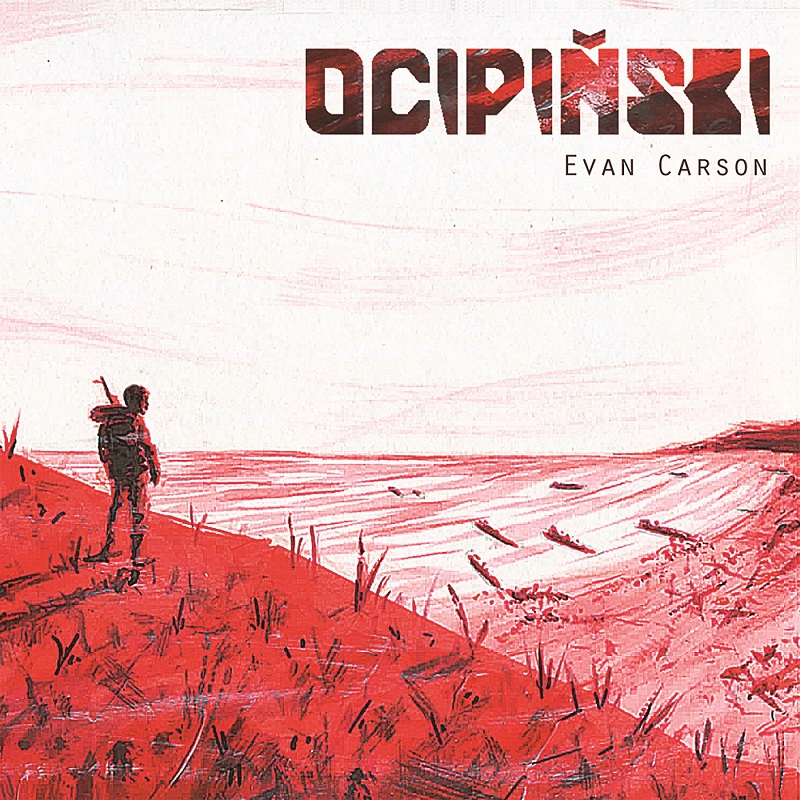 Albums from percussionist/drummers as rare as hen’s teeth. However, Evan Carson has enough on the bench to supplement his not inconsiderable skills to produce a work of impressive quality.

A man whose presence graces the great and the good in both the folk and progressive music fields (cue Sam Kelly & The Lost Boys, Stark, The Willows, iamthemorning), Evan Carson’s address book must be a veritable who’s who of musical talent.

An array of musicians from faraway fields join forces on an album inspired by the story of Evan’s Grandfather, Jerzy Ocipinski and the Polish Resistance Movements of the Second World War. His tale, where he eventually changes his name to George Carson (and you can guess the rest), is played out in a series of pieces packed with drama and tension. Bringing together musicians from the folk and progressive music worlds that rarely cross paths, Evan’s created a fascinating hybrid and to be honest it’s stirring stuff.

From folk stalwarts and fellow Lost Boys Toby Shaer and Graham Coe to Jim Grey – the voice of prog metallers Caligula’s Horse – to chamber prog piano virtuoso Gelb Kolyadin (who shares musical writing credits in an interesting Carson/Kolyadin partnership there’s a combination of styles that comes together in a unique vision. Hannah Sanders and Georgia Lewis add lyrical and vocal contributions that add a haunting and ethereal quality aided and abetted by the violin and viola of Karl James Pestka.

Musically, Shards provides both prologue and epilogue;  there’s a train journey to a labour camp, an escape, running as fast as he can away from the wreckage, making for the trees in a life or death dash that’s accompanied by the desperation and chance of escape  and the lighter touch of relief expressed around the juddering rhythms. It builds towards  Chrysalis and the emergence of realisation from a childlike innocence – it provides a threatening Eastern vibe, the musical box time bomb tick tock, exploding into a machine gun attack of the piano. However, the centrepiece may well be Otriad, where a mesmeric  Kolyadin piano flow, a patter of percussion and combination of voices, finally centres on Jim Grey, setting up a claustrophobic anxiety. “We are the anchor, we are the ones who stand alone” he sings with an empathetic passion. “In the name of God for our freedom and for yours.” Gripping and intense.

The contrasting and easier flow of  Bloodlines segues into the album epic,  Fireflies Of Falaise, the latter including some colossal instrumental passages with a burst of vocals that lie low in the mix and again calling on an Eastern mystique until finally, we drift into the industrial atmospheres that underlie the haunting Anders’ Prayer. A tribute to Wladyslaw Anders’ heroics in liberating concentration camps it brings to a close a thought-provoking and meaningful journey. A monument to the battle against oppression and the fight for freedom, yet one that hints at the other side of the coin with the oppressed being forced into becoming as violent as their oppressors; one expressed with an intensity and an empathetic vision.

Watch Evan and Gleb on a mesmerising rehearsal version of Shards

Listen to some excerpts  from the album here: